Toronto composer and pianist John Farah noted in a recent interview, “I wanted Unfolding to be like my favourite juggernaut classical pieces, something you could listen to hundreds of times because you're always hearing new details ..." (Hour Magazine, 2009). In this goal, it seems to me that he succeeded brilliantly. I can’t wait for a live concert version with full symphony orchestra.

Overall, the structure of Unfolding resembles a grand 20th c. piano concerto in ten movements. Its symphonic accompaniment is here deftly provided by synthesizers and acoustic drums, clarinet and cello. Its style and musical language is a veritable musical alchemical amalgam, drawing from an incredibly varied range of Western and Middle Eastern contemporary and historical sources. Established musical forms abound, both Middle Eastern (the 10 beat samai metre in mvt. 6), and Western (the passacaglia underpinning mvt. 5). Contemporary urban dance styles are welcome in Farah’s concerto too. They make guest appearances alongside advanced jazz augmented chords and tonal passages reminiscent of Schoenberg’s 12 tone musical language. The composer’s love for the keyboard music of the Renaissance is not neglected either and gets a place at the table, though the harpsichord is not included as it was on his first CD, “Creation”.

Unfolding reflects a mature fully-realised musical voice in the tradition of European keyboard-composers. Imagine one part rippling jazzy piano and Rhodes lines blended into crunchy augmented chords, one part chopped-up drum samples, trippy acid synth lines and drum ’n’ bass, plus another part Middle Eastern percussion and modal references, all served in a sophisticated highball glass in the form of a 20th century piano concerto. Can’t? Then you’ll just have to listen to this album.

If you enjoy good quality relaxed jazz with a mix of standards and lesser known numbers, this CD may be for you. From Rogers and Hammerstein to Thelonious Monk, George Shearing and Thad Dameron, Larry Bond and his cohorts provide a solid hour’s worth of good listening. While there are no frantic tracks on this offering, it certainly would not be fair to label it with the hackneyed easy listening label. A total of nine top quality tunes with an interpretation to match, cover a spectrum of rhythms from Waltz for Debbie to Blue Bossa. Larry Bond’s piano dominates, as one might expect, but he certainly does not hog the show. Throughout, this CD is a tasteful team effort with excellent balance. Particularly interesting are the somewhat unconventional up tempo treatments of It Might as Well be Spring and Stella by Starlight. All in all an excellent addition to the library of some standards and lesser known numbers in a relaxed jazz style.

Jennifer Koh has produced another outstanding CD with “Rhapsodic Musings”. I’ve commented before on Koh’s intelligent and imaginative programming, and this CD is no exception, Koh noting that the recording was born out of her search for “a sense of meaning” in the aftermath of the events of September 11, 2001.

There are four outstanding works here: Elliott Carter’s suite Four Lauds, completed in 2000, includes one movement from 1984 and two from 1999, making the CD’s sub-title somewhat inaccurate; Esa-Pekka Salonen’s Lachen Verlernt from 2002 has an accompanying video by Tal Rosner; Augusta Read-Thomas’s Pulsar (2002) is a short piece bursting with energy. The longest work is John Zorn’s Goetia, written for Koh in 2002; its eight short movements each repeat exactly the same sequence of 227 pitches, although the possibilities for transposition and the huge variations in note speed, tempo, dynamics, tonal colour and technique make this virtually impossible to tell.

Koh is in her usual magnificent form in these essential and significant additions to a highly demanding performing genre.

The title track refers to a glacial erratic in Calgary used as a resting place by migrating buffalo. In this solo work, composer Hope Lee sets out to achieve a sense of “timelessness”; the result is reminiscent of the music of Scelsi. Her other work, Days Beyond, is more fantasia, conjuring dreamlike reflections of nature for saxophone and piano (Ami Longhi).

William Jordan has two sonatas on this disc: the one for alto is more saxophonistic, using jazz elements and accompanied recitative; the more playful soprano sonata was originally conceived for oboe.

Michael Matthews wrote perhaps the most ambitious work on the disc, The Skin of Night. What begins as a simple melodic cell becomes a roller coaster of flourishes, followed by a lengthy weighted decay. Both Brown and Longhi are impressive.

Recitative and fantasy as a compositional device permeate all the works, but it places Brown – the protagonist – at centre stage; his colourful sound and expressive vocabulary never tire.

The seven beautifully crafted compositions by young composers, magnificently multi-tracked at the Banff Centre for the Arts by Vancouver flutist, Mark Takeshi McGregor, make this CD of music for multiple flutes of interest beyond the ranks of flute aficionados and beleaguered university flute choir directors.

Meaning of music lies in the way it creates the feeling of going somewhere, moving ahead, departing and arriving. Each piece on the disc does this, developing organically and convincingly, not as in traditional music by the repetition and variety of melody and rhythm, but with different musical elements, such as dynamics, busy-ness, expanding ranges, abrupt stops, silences, and textural contrasts. Apparently random beginnings and endings of long tones in Jennifer Butler’s Sky, for example, provide both repetition and variety, and the addition of short two and three-note tonal patterns moves the piece ahead. The simple addition of a six-note “counter ostinato” to the four-note opening ostinato in Christopher Kovarik’s Dectet similarly creates a feeling of forward motion, and the climactic chord two minutes into the piece creates the feeling of having arrived at a pivotal point.

This CD is an instructive primer in a genre of contemporary composition, which, shall we say, maximises minimalism. As such, it is of interest well beyond the coteries of flute and composition cognoscenti, generating meaning by means that are equally archetypal and yet uniquely and recognisably related to the aesthetic sensibility of our time.

Matt Haimovitz’s new solo program and CD title were inspired by American composer Elliott Carter (still with us at 100!) and his two Figments for solo cello, but the disc features a wide range of new works for cello alone or cello and electronics by established and emerging composers from Canada and the USA. Three of the works are from 2009, and five are recorded here for the first time.

The short but impressive Carter pieces were the strongest for me; in fact, I found myself preferring the non-electronic tracks throughout the CD – Ana Sokolovic’s Vez, Gilles Tremblay’s Cedres en Voile, Steven Stucky’s Dialoghi and Luna Pearl Woolf’s Sarabande all having “something to say”.

The other pieces, by Serge Provost, the Montreal-based musician/producer Socalled, and - especially - the two Du Yun works, came across less successfully, at least on initial listenings.

There is no indication of whether or not there were any improvisational or aleatoric aspects to the performances.

Unfortunately, there were no booklet notes with the digipak (although these are available on-line at www.oxingale.com). Also, the gaps between CD tracks are often way too short - as little as 3 or 4 seconds at times. Given the stops and pauses in many of the works it’s sometimes hard to tell where one piece ends and the next begins.

Haimovitz, however, is in great form, in a value-for-money CD that packs in almost 80 minutes of music. 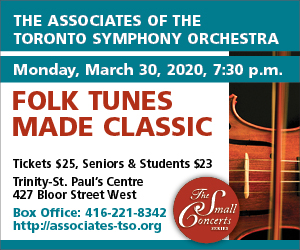