It’s been said that necessity is the mother of invention. If that is the case then the father of invention has to be that unforgiving adversary and necessary evil named Deadline.

Leonard Bernstein said, “To achieve great things, two things are needed; a plan, and not quite enough time.” And author Alyce P. Cornyn-Selby wrote, “A perfect method for adding drama to life is to wait until the deadline looms large.” 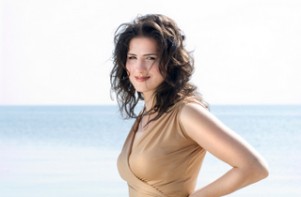 I humbly plead guilty. Every issue of The WholeNote rolls around and I am faced with the inevitable deadline. Author Diana Scharf Hunt said, “Goals are dreams with deadlines.” And no less an authority than Samuel Johnson claimed that “A man may write at any time if he sets himself doggedly to it, for nothing excites a man to write but necessity.”

In other words, you can sit around waiting for inspiration which is another way of admitting that you are procrastinating – or is it perendinating? – but the surest way of actually getting something done is to have a deadline, and this ties in with inventor Thomas Alva Edison’s credo that “Success is 10 percent inspiration and 90 percent perspiration.” And as for inspiration, well, according to Cole Porter it was nothing more than a phone call from someone offering a job. Then, of course,  you sweat it out to meet the deadline.

One of my favourite deadline stories concerns the movie The Bridge On The River Kwai. The film was completed in December of 1957 and the producers wanted to submit it for that year’s Oscar Awards. The deadline for submissions was the end of the month, but the film did not yet have a musical score! Several composers were approached and they all turned it down saying that there wasn’t enough time to do the job. All except one, that is: British composer Malcolm Arnold agreed to take on the project and completed it in ten days! Not only that, he won an Oscar for the best musical score that year.

You Can Quote Me
Having included all these quotations reminded me that Quotes Bar and Grill, located across the street from the Roy Thomson Hall, is into another season of Friday jazz sessions. The club has a really good, intimate feel, and the jazz swings which is a given since the house band is the Canadian Jazz Quartet. Every week there’s a featured guest player, and the music is the thing from 5:00 to 8:00 pm. It’s the closest thing in town to an old-time New York jazz club like Jimmy Ryan’s or Condon’s.

Not far from Quotes is the Glenn Gould Studio, and this month there are three dates of interest to jazz fans. The Bad Plus will be there on the 6th followed by a couple of Canadian groups: the Ingrid Jensen Quintet on the 23rd, and Laila Biali, three evenings later.

One of the great blessings of jazz is that the originators of the music were around when sound recording was in its infancy. We can hear what King Oliver sounded like, the young Louis Armstrong, or Bessie Smith – and we can listen to some of these great innovators talk about their music. Jelly Roll Morton’s Library of Congress recorded interviews are a case in point. It’s akin to being able to listen to Bach or Beethoven talk about their lives and music. Over the years the art of the interview produced some highly skilled practitioners: Chris Albertson, Stanley Dance, Leonard Feather, Ralph J. Gleason, Nat Hentoff, Gene Lees, Dan Morgenstern, Studs Terkel and John S. Wilson.

All of the above are among the contributors to the recently published Downbeat – The Great Jazz Interviews – A 75th Anniversary Anthology, from Hal Leonard Books. The book also includes contributions from a dazzling array of jazz musicians: Louis Armstrong, Duke Ellington, W. C. Handy, Jon Hendricks, Marian McPartland, Jelly Roll Morton and Wayne Shorter among them.

Despite comedian Martin Mull’s claim that “writing about music is like dancing about architecture,” this is a treasure trove of information, opinions and insight, documenting events from the great years of Downbeat magazine. The feud between Jelly Roll Morton and W.C. Handy makes for fascinating reading, as does the discussion Don DeMichael has with John Coltrane and Eric Dolphy. But these are only a few of the gems, and only avid collectors who have back issues of the magazine would have access to the wealth of knowledge contained in this very welcome addition to anyone’s jazz library.

Let music help you to beat the February blues – and make some of it live jazz. Happy listening!

Jim Galloway is a saxophonist, band leader and former artistic director of Toronto Downtown Jazz. He can be contacted at: jazz@thewholenote.com.