In a recent program on CBC I heard that in some societies the word for music is the same as the word for dance and it got me thinking about the close relationship that used to exist between those two words and jazz. Here was a music that made you feel better when you felt good and could lift you when you were down; music that made it difficult to keep still, even if only to tap one’s feet. It was primarily entertainment and it continued that way until the music — now in some circles regarded as an “art form” — became introverted, more serious and (with some exceptions) more serious minded. Not that the early greats weren’t serious musicians, but they also considered themselves to be entertainers. As Louis Armstrong once said: “My life has always been my music, it’s always come first, but the music ain’t worth nothing if you can’t lay it on the public. The main thing is to live for that audience, ’cause what you’re there for is to please the people.” 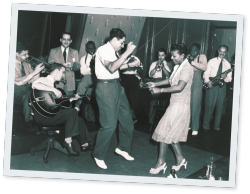 But nothing is forever, everything evolves and jazz is no exception. The idea of jazz being a music to dance to and aimed at communicating directly with the audience changed — a transformation that reflected the changes in society, but also changed the relationship with the audience. In the ’40s the music became more introverted and musicians began playing more for themselves instead of trying to entertain, making it even more a music for a minority audience. In addition the music became much more vertical rather than linear. By that I mean that players ran the scales and the emphasis was less melodic.

Now, the word jazz and the term “mass appeal” are seldom used in the same sentence. Occasionally, a well-marketed jazz artist will connect with popular culture — Armstrong and Dave Brubeck for example — but label execs usually assume that jazz won’t sell as well as rock, R&B, rap, country, adult contemporary or Latin music. However, there was a time when jazz did, in fact, enjoy mass appeal. It was called the swing era; but probably at no time were there more than a few hundred musicians making a living from jazz, and with few exceptions that’s all it was — a living with little prospect of much financial gain. Agents, management and the recording industry were all quite happy to take advantage of musicians. I remember Milt Hinton telling me that when he was active in the recording industry, recording sessions paid a flat $40, and if recordings were re-issued the musicians got nothing in residuals. He told me an interesting story about the hit recording of Mack the Knife by Bobby Darin. They arrived at the studio to find that there was no arrangement for the number so it was the musicians who came up with the arrangement right there in the studio with the song going up a step each chorus. The song was a bestseller, making huge profits. And the musicians? $40 each! 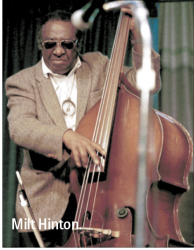 In the early days most jazzers learned perhaps by one-on-one lessons from an established player, by listening to recordings and by going to sessions in the hope that they could sit in and that eventually someone would give them a gig. Organized courses were rare. Now of course you can go to university or college and study jazz — unheard of at one time although there is an interesting timeline to jazz as an academic subject. A little digging and I learned, for example, that the Industrial High School in Birmingham, Alabama, had a group called the Jazz Demons as early as 1922.

Meanwhile, in 1928 the Hoch Conservatory in Frankfurt am Main, Germany, launched the world’s first curricular jazz program. There was a great deal of criticism throughout the country and the Nazis, not surprisingly, stopped the program in 1933. It was restarted in 1976 under the direction of trombonist Albert Mangelsdorff.

In the United States Stan Kenton was instrumental in the start of the first long-running summer jazz camp in 1959 which later became the Stan Kenton Summer Clinics. It continued until his death in 1979.

Then in 1968 the National Association of Jazz Educators was formed and renamed the International Association for Jazz Education (IAJE) in 1989. It went bankrupt in 2008. In 1981 McGill University in Montreal was the first in Canada to offer a BMus degree in jazz performance. Today in Toronto alone we have Humber College, University of Toronto and York all offering specialized jazz courses with faculties made up of some of the county’s best players.

One of the downsides of all of this is that the surge in educational opportunities comes at a time when the market for jazz has declined drastically to the point where it is impossible for most musicians to make a living playing jazz.

Perhaps it is worth noting that in the early days of jazz, musicians had day jobs and their jazz was for most of them not the sole source of income. Well, guess what? The wheel has gone full circle; making a living playing jazz is, for most, a pipe dream. Why do you think so many players turn to teaching?

Will The Big Bands Ever Come Back?

To introduce a little levity, here is a story from Lampang in Thailand, which I read in a publication called The Week, about a big band and I really mean big! Literally the biggest band in the world, the players are all elephants who have been taught by David Sulzer, a neuro-scientist at Columbia University, to be percussion-playing pachyderms, playing super-sized instruments using their trunks. They have made three albums and convinced at least one critic that he was listening to professional players. Next thing you know they will be adding a singer — perhaps Elephants Gerald. And if they ever go on the road perhaps they could revive the Grand Trunk Railroad.