Some years ago Petula Clark had a hit called Downtown. Part of the lyric is “The lights are so much brighter there. You can forget all your troubles, forget all your cares and go Downtown.” But for jazz fans, is downtown losing some of its appeal?

When I arrived in Toronto, anywhere north of Bloor St. you were heading for the suburbs. All the major jazz clubs in Toronto were in the downtown core and, as I’ve said before in this column, going out to hear jazz meant going to The Colonial and the Town Tavern (who were bringing in “name” American players), George’s Spaghetti House, Castle George above the spaghetti house, Friars Tavern, The Golden Nugget, The Rex and later Bourbon Street, Basin Street, Cafe des Copains. And that is only a partial list of the south of Bloor venues.

But with the demise of the club scene The Rex is the only club from the above list still presenting jazz all week long.

The Reservoir Lounge does have a six-nights-a-week schedule of mostly jazz and blues and there are a number of clubs programming jazz part-time, to which this magazine’s club listings, starting on page 52, well attest. With its Friday evening sessions, Quotes immediately comes to mind. And for fans of New Orleans jazz, Grossman’s Tavern still has Saturday afternoon sessions which began over 40 years ago!

But, why so few full-time jazz clubs left?

Economics played a large part. Travel costs soared, accommodation was more expensive and fees went up. Some of the artists who used to play clubs moved to the concert stage. Dizzy Gillespie, Gary Burton, George Shearing, Thelonious Monk, to name only a few who played in Toronto clubs, all became concert artists. The audience for straight-ahead jazz was aging and very often there was only a handful of people for the last set: no more hanging and drinking late — there was work next morning. 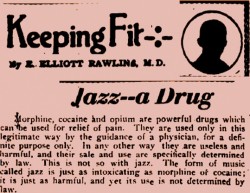 Another factor, I believe, is that people who don’t live in the downtown core go home after work and the thought of driving back to the city is a deterrent. Perhaps starting the music earlier would have helped. In Tokyo I went to a jazz club where the music started at 5pm and people went there straight from work. In New York many clubs have jazz from 7:30pm and it seems to work. For example, if you get to Dizzy’s Club at 11pm you will have missed the headliner.

(To be a little less serious it reminds me of the joke: “Hey buddy, how late does the band play?” “Oh, about a half a beat behind the drummer.”)

But back to the demise of jazz clubs. The music has largely moved to the concert hall which understandably tends to showcase only performers who have drawing power, leaving a host of talented jazz players looking for work.

Insofar as concert halls are concerned, it’s interesting to note that there are events coming to the outlying areas which normally you would have expected to find only at a major concert hall in downtown Toronto.

The Markham Theatre for the Performing Arts on March 3 presents Arturo Sandoval in “A Tribute to My Friend Dizzy Gillespie,” and the following night he is at the Sean O’Sullivan Theatre, Centre for the Arts, Brock University. Michael Kaeshammer plays the Rose Theatre, Brampton on March 7 and on March 8 he is at Brock. Then on March 22, also at Brock University, Dee Dee Bridgewater appears the night after an engagement at Markham Theatre with “To Billie with Love: A Celebration of Lady Day,” which is, of course, a tribute to Billie Holiday. Looking ahead, on April 3 in Markham it will be Chick Corea, solo jazz piano.

If all of that is a bit confusing the following summary by venue will help:

Not bad for the ’burbs.

Better Get It In Your Soul

Looking over the concert listings for this month, I was struck by the number of “jazz vespers” at various churches. That got me thinking about how attitudes have changed over the years.

In New Orleans, where many people say that jazz was born, a large number of early jazz performers played in what were euphemistically called “sporting houses.”

Jazz started to get a reputation as being immoral and many members of the older generations saw it as threatening the old values in culture and promoting the new decadent values. In fact, in 1921 Anne Shaw Faulkner, head of the Music Department of the General Federation of Women’s Clubs, claimed the following: “Never in the history of our land have there been such immoral conditions among our young people, and in the surveys made by many organisations regarding these conditions, the blame is laid on jazz music and its evil influence on the young people of to-day.”

Professor Henry van Dyke of Princeton University wrote: “It is not music at all. It’s merely an irritation of the nerves of hearing, a sensual teasing of the strings of physical passion.” Pretty harsh words for a music which one day would be regarded as America’s only truly American art form.

But in history there have been several great periods when music was declared to be an evil influence, and certain restrictions were placed upon the dance and the music which accompanied it. Genteel and proper society condemned the sensuousness of Strauss waltzes because the intimacy of waltz dancing was considered to be immoral.

Jazz then was given little respect, but over time it captivated the intellectual and cultural elites of America and Europe and eventually was accepted by the world at large. Part of that acceptance as a legitimate art form opened a much wider range of venues for the music and that included places of worship. Some churches opened their doors to jazz vespers. In Toronto, for example, there are this month four jazz performances at Eglinton St. George’s United Church, two at Christ Church Deer Park and a couple at St. Philip’s Anglican Church, all certain to be well accepted by the congregations.

So, in the evolution of jazz, it has gone from houses of sin to houses that forgive sin.

Enjoy your music this month and make some of it live jazz.