Colin Maier is far from misguided as an artist. He is comfortable in a wide range of musical styles as is clearly evident for listeners familiar with his work as the oboist for Quartetto Gelato. In this solo project, Maier is joined by a number of special guests in an eclectic collection of music.

Maier, with pianist Allison Wiebe, is sensitive and articulate in Saint-Saëns’ Oboe Sonata. Musical puns abound in Pasculli’s take on Donizetti operas, with accordionist Alex Sevastian providing a solid accompaniment. The traditional The Pipes is arranged by Maier and Mark Camilleri for small ensemble with oboe providing a convincing bagpipe timbre. Maier creates the ambiance in his steady long tones. Rousing versions of Hilario Durán’s Song for Magdalena and the oboist’s composition Bakon showcase Maier’s ample Latin chops. Based on two contrasting Canadian folk songs, Aura Pon’s lyrical Songs of the North Woods, No.1 is simultaneously soothing and dramatic. The idiosyncratic collection of short “songs” by the composer Rebecca Pellett and lyricist Liza McLellan (Gelato’s cellist) are dispersed as tracks throughout. Everything from new music to poetry to dramatic melodies, the songs are unique twists in sound and attitude. There is nothing bland here.

Colin Maier is a multi-talented musician who plays oboe with a gorgeous tone and superimposes his sense of seriousness and humour into all he performs. You would be misguided not to listen to this release.

The exhilarating debut CD by the Vancouver group Zhambai Trio showcases both the traditional music of the Shona culture of Zimbabwe and that of its transplanted son, Kurai Blessing Mubaiwa, the group’s leader. Mubaiwa is not only an outstanding mbira dza vadzimu (“thumb piano”), marimba, ngoma (hand drum) and hosho (maraca) player; he is an eloquent and powerful singer as well.

Joined by Canadians, world drummer extraordinaire Curtis Andrews and dancer-percussionist Navaro Franco, the Zhambai Trio’s music is deeply steeped in the traditional mbira music of Zimbabwe. The musical form is typically cyclic, while also marked throughout by evolving, interlocking, dual instrument variations. Characteristic vocal solos and choral responses are usually sung over the continuous instrumental patterns, which in the case of Chinzvenga Mutsvairo, builds into a very satisfying, densely woven, polyphonic texture. That and other tracks remind us how closely identified with the essence of music-making the voice is in much of West Africa. The expressive voices, so prominent on this CD, make a compelling case as the real stars here, despite the evident “rightness” and even virtuosity of much of the instrumental playing.

The online notes refer to the “trance-y” nature of the performance in its homeland. Traditionally sought after in Shona ceremonies, trance states are used to communicate with ancestor spirits and to offer insights to problems of community members. The lyrics on this CD however offer less dramatic, reassuring advice to youth, “you can also do what your elders can” (Chipundura). Another song urges people to get along with their grandmothers, who they rely on for comfort and warmth (Dangurangu).

While the Zhambai Trio was formed as recently as 2010, this CD is clear evidence of an infectious brand of contemporary Zimbabwean-inflected music emerging fully formed from our west coast. 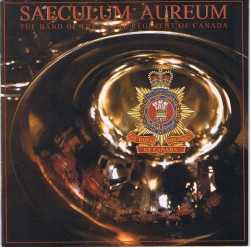 Saeculum Aureum
Band of the Royal Regiment of Canada
www.band.rregtc.ca

2012 marks the 150th anniversary of the establishment of the Royal Regiment of Canada. To commemorate this anniversary the Band of the Royal Regiment (BRRC) has produced a 2-CD set of recordings tracing the history of the regiment and its band. From Elgar’s Pomp and Circumstance Military March No.4 and Holst’s First Suite in E-Flat Major through Gershwin and Ellington to Mancini and The Beatles, this recording spans a broad spectrum of genres in the concert band style. The title track, Saeculum Aureum (Golden Age), was written for the band by Major Paul A. Weston, formerly of the Royal Marines, now Associate Director of Music of the BRRC.

For most aficionados of concert band music, no CD of this sort would be complete without one or more marches reflecting the traditions of the modern band. This set includes two excellent marches with a Canadian connection which are rarely heard. The first is Vimy Ridge, written in 1921 by British composer Thomas Bidgood to commemorate that great battle of April 1917. My father survived that battle, and I have memories of playing a 78rpm version of this march which had been recorded in England during WWII The second, lesser known march is Men of Dieppe. This has an even stronger connection to the regiment. The composer, Stephen H. Michell, was one of several hundred members of the Royals captured and taken prisoner when the regiment stormed the Dieppe beaches. This march was composed during his time in a prison camp.

On a few selections, the band is joined by collaborators from many performances over the years. These include vocalist Danielle Bourré, the Pipes and Drums of the 48th Highlanders and Thomas Fitches at the keyboard of the organ of St. Clement’s Anglican Church. All of the numbers on the first CD are recent recordings under the direction of director of music, Captain W. A. Mighton or associate director, Major P. A. Weston. Most of those on the second CD are from the past 50 years conducted by three previous conductors.

For the most part the recording quality is excellent. However, there are a few selections on the second CD, included for historical purposes, where the recording quality is not up to the same standard. One such number is Alford’s Standard of Saint George. In this case the previously unreleased recording has been taken from the sound track of a 16mm film, The Trooping of the Colour, produced in 1962.

For those interested in the origins of the music, combined with the history of the regiment and its bands over the years, the 20-page booklet contains excellent commentary on every selection and historical connections where appropriate. It also includes information on the soloists and guests. 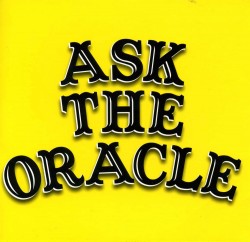 You can go home again; at least that’s what reedist Andy Haas, a Torontonian domiciled in New York, proves with this CD. Haas, who will be playing solo saxophone at OCAD University October 17 with trumpet and electronics player JP Carter in a concert presented by the Music Gallery, was in Toronto last year to record this fine eight-track set of improvisations alongside locals Colin Fisher playing saxophone and strings, Aaron Lumley on bass, plus Brandon Valdivia and Matthew Dunn on percussion.

Although Haas was a member of the Martha & The Muffins pop band and the other four are imbedded in this city’s improv community, the tunes mostly balance on the boundaries among rock, jazz and world music. With Haas playing hojok or Korean oboe as well as soprano saxophone and flute, some of the tracks are as delicate as Eastern court music, others are dependent on choppy guitar distortion or overblown reed riffs which could have migrated from 1960s “energy music.”

Especially pertinent is comparing a track such as Curse of the Horns to Scattered Through the Strings. On the former, Lumley’s thick bass scrubs concentrate the proceedings with a Westernized ostinato as both percussionists clatter and ruff while Fisher on tenor saxophone and Haas on soprano snort and squeal in tandem. In contrast, the other piece exposes Fisher’s command of the multi-string guzheng, with his spidery glissandi weaving a polyphonic sound web through which Haas’ saxophone lines cut with sharp reed bites.

Canadian born and London (UK) based mezzo-soprano Patricia Hammond has a luscious classically trained voice that has graced the stage with numerous opera companies and symphonies. But on Our Lovely Day she performs a collection of “parlour” songs from the late 19th and early 20th centuries that she has performed in recital for the elderly in British hospitals and nursing homes. Her joyous interpretations, haunting tone colour and in-depth background knowledge create a brilliant presentation of historical accuracy and contemporary flavour.

The Hammond-penned liner notes combine historical facts with personal reminiscences from her performances, childhood and recording sessions which aids to a better understanding of each track. It is great to hear the rarely performed verses included in Button Up Your Overcoat and Always. Love’s Old Sweet Song is a bit quick for my liking yet Hammond’s clear diction saves the day. She cleverly adds in a bit of baroque-like ornamentation at the close of Drink to Me Only, while the rocking band instrumental leading into the Did You Ever See a Dream Walking showcases her tight backup orchestra and the colourful work of arrangers/musicians Nicholas D. Ball and Matthew Redman.

Our Lovely Day will appeal to all age groups, from the very young to the not so very young. My experience allows me to stress that the songs here are extremely tricky to perform, but Hammond makes them all sound so easy and fun!

With their third and latest release, Uncharted Waters, Toronto-based, multi-cultural, multi-instrumental, quantum world music group Ensemble Polaris continues to delight on all levels — conceptually, musically and creatively. Co-produced by Patrick Jordan and the ensemble, the CD continues the group’s mandate of exploring the “idea of the North” and includes 18 intriguing and visceral tracks that embrace the folk music of Scandinavia, the Balkans, France, Italy and even Venezuela. Utilizing a mind-numbing array of ethnocentric instruments (including Swedish pipes, bouzouki, recorders and accordions) as well as the rich, sumptuous voice of Katherine Hill, the ensemble achieves a musical cohesion and level of communication and symmetry that might not seem possible on paper, given the diversity of the elements involved.

One of the strongest tracks is guitarist Marco Cera’s Ninin. This stirring violin feature is dedicated to his Italian great uncle — an avid violinist. Also of note is a traditional Orkney Islands air, re-worked as Get Him, and sung stunningly by Hill in her soulful, pitch-pure alto. The rhythmic Dry Toes Waltz is an infectious (dry?) toe-tapper, re-imagined by Jew’s harpist Ben Grossman, and the haunting Norwegian Lullaby Jeg Legges I Min Vugge Nu is a precisely set gem, presented simply and beautifully as a moving duet between Hill and Alison Melville’s recorder. Also noteworthy are the sensual El Domador De Tarenque (a fusion of an Argentinean Tango and an Italian Tarantella) and Steklat Fran Sarna — a traditional Swedish wedding banquet song, rendered masterfully on Swedish pipes by Kirk Elliott.