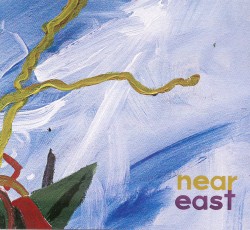 This excellent album is like an elegant railway system linking jazz, folk, Hindustani, Mediterranean and Middle Eastern music, which all seems to come together in an elegant 21st-century conservatoire. But to describe it as such might also give the impression of overcooking when in fact it is a masterpiece of subtlety. Ernie Tollar’s reeds and woodwinds are an exotic take on the lineage of the cool spacey music of an Indian durbar and the moist echo of a Turkish bath. The exotic atmospherics come from the flute, albeit in a less than conventional setting, even as Tollar summons breathy woody tones from the instrument. These float benignly over the sound of Demetri Petsalakis’ lutes, which in turn add a rich harmonic foundation to the music.

Meanwhile the regal rumble of Ravi Naimpally’s tabla makes for a hypnotic trance-like beat. The surprises when they come on songs such as Cairo and Muzafir are effective but discreet: a gamelan-like riff is played as pizzicato harmonics; a delicate curlicue of a bass drum line underpins what sounds like a Gaelic lament played on the flute; and a close-knit ensemble passage on Muzafir develops from a single phrase. That said, there are moments throughout when the trio loosens just enough to let the individual instrumental personality through, as when a soaring ney flute emerges imparting a mystical tinge, or a lyra solo arises from the relentless cycles conjuring the otherworldliness of this music.