This remarkable CD presents the premiere recordings of four concertos by living Chinese composers, two of whom currently work in the USA. The disc opens with Tian Jianping’s Fei Ge (Flying Song), originally written in 2002 as a concerto for dizi (Chinese bamboo flute) and pan-Asian instrumental ensemble. This transcription by the composer for western orchestra and recorder, on which Petri eloquently evokes the dizi in tone and effect, works beautifully with playing of the highest order from both orchestra and soloist.

Bright Sheng’s evocative and strikingly beautiful Flute Moon is more a full orchestral work than a concerto, and Petri plays solo parts originally assigned to the flute and piccolo. The piece revels in a rich array of orchestral colours, dazzling musical gestures, and dramatic shifts of mood. The three-movement Bang Di Concerto by Ma Shui-long is the composer’s best known composition, and is an extraordinarily effective fusion between Chinese and western musical languages. It receives an utterly virtuosic performance from all involved. Written for Petri by Chen Yi, The Ancient Chinese Beauty draws inspiration from Chinese figures, script, and flutes. The second movement, particularly in its evocation of the ancient xun or large Chinese ocarina, is particularly impressive.

For several decades now Michala Petri has been one of the busiest and most familiar recorder players to audiences around the globe, and with programs such as this she continues to do great things beyond the recorder’s more typical boundaries. She seems eminently at home here, making her own distinct music in a fascinating project designed “to creatively collaborate in an international musical dialogue.”

Kudos to her, to the wonderful Copenhagen Philharmonic and conductor Lan Shui – and to the composers of these wonderful pieces.

Concert Note: Chen Yi is the featured composer at this year’s New Music Festival at the Faculty of Music, University of Toronto with events January 23 through 29. Chen’s Yangko is also included in Soundstreams Canada’s January 25 concert “Tan Dun’s Ghost Opera” at Koerner Hall. 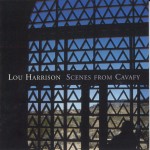 The long list of non-Indonesian composers who have been intrigued and inspired by the instruments and music of the gamelan (an indigenous Indonesian orchestra) goes back some 250 years. Starting with Jean-Philippe Rameau in the 18th c., the lineage continues with Debussy and led to compositions by the Canadian Colin McPhee, and to works of Steve Reich and to many more musicians active today.

There was no more eager convert to the gamelan as a Western musical resource however than the American composer Lou Harrison (1917–2003). As well as composing dozens of works for various types of gamelans, Harrison served as a generous mentor to a generation of musicians who have subsequently taken the gamelan music model into their own musical domains. These include Toronto’s Evergreen Club Contemporary Gamelan and Seattle’s Gamelan Pacifica.

The top-notch musicians of the latter perform definitive versions of the three large-scale Harrison works for Central Javanese style gamelan on this album. The Seattle composer and expert gamelan musician Jarrad Powell convincingly directs the extended ensemble of instrumentalists, choir and vocal soloists in the three works here.

The Concerto for Piano with Javanese Gamelan (1987) is the most substantial of the eight Harrison works combining Western solo instruments and the gamelan. The piano is retuned to match the gamelan instruments. This is an effect which provides bracing listening at first, but to which friendly ears warm by the slow cantabile movement, a Harrison specialty.

A Soedjatmoko Set (1989) illustrating Harrison’s mature gamelan style, features Jessika Kenney, an outstanding American soprano. She manages the most difficult of musical tasks: to convincingly nail a sort of magical amalgam of both Javanese and late 20th c. American vocal style, articulation, timbre, intonation and mood, at the same time. Together with the excellent liner notes, this recording is a fitting tribute to Harrison’s ideal of the peaceful coexistence of world music cultures, demonstrated here at a very high level indeed. 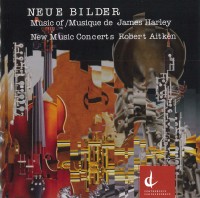 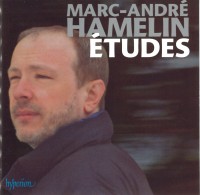 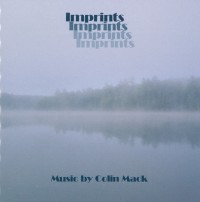 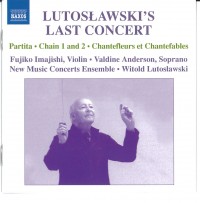 The late Polish composer, Witold Lutosławski (1913-1994) enjoyed well deserved recognition and his music was regularly performed and recorded by the world’s greatest orchestras and instrumentalists. A new Naxos CD features an elite group of Toronto musicians, the New Music Concerts Ensemble, under the direction of the composer recorded at a live concert in the Premier Dance Theatre on October 24, 1993.

The program opens with the Partita for violin and orchestra (1988) with brilliant playing by Fujiko Imajishi. Lutosławski’s complex textures are made transparent by both the crisp ensemble and a well balanced recording. The quiet and haunting Interlude (1989) was written as a bridge between Partita and an earlier concerted work for violin, Chain 2 (1985), which follows. Once again Imajishi provides a stunning performance.

Soprano Valdine Anderson also shines as she easily manages the nine delightful and quirky songs comprising Chantefleurs et Chantefables (1990) in a voice ranging from the purity of a boy soprano to broad operatic proportions.

Like Chain 2, Chain 1 (1983), the final work on this disc, is an amusing piece full of vitality and humour, somewhat reminiscent of Poulenc or even Stravinsky, executed to perfection by members of the group.

Lutosławski died at the age of 81 a few months after this concert was recorded for broadcast by the CBC and this Toronto performance was his last conducting appearance anywhere. The recording has plenty of atmosphere, taking the listener right into the theatre. Originally released independently in 1998, it speaks well of founding director Robert Aitken and his New Music Concerts Ensemble that Naxos has chosen to bring this valuable document to international attention.