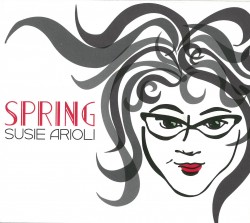 For this, her eighth studio album, Montreal-based singer Susie Arioli looked to Toronto and its roster of heavy-hitters in the jazz realm for support. Produced by Grammy Award-winner John Snyder and arranged by the legendary Don Thompson, Spring is about renewal and fresh starts. In other words, it’s a break-up album. A glance through the list of songs – Those Lonely, Lonely Nights, Me Myself and I, After You’ve Gone – tells the story. The clever illustrations by Arioli that accompanying each song title on the CD cover, literally paint a picture.

So, while lyrically this is an unhappy album, the music is anything but. There’s nary a ballad to be found. It’s upbeat and swingy with a bouncy horn section and Arioli’s deep, warm voice casually cataloguing a list of hurts. With Thompson’s vibraphone doubling Reg Schwager’s guitar, the cool 60s are evoked on a number of tunes including Mean to Me and I’m the Caring Kind. Arioli’s own compositions, of which there are four on the album, range in style from a country and western homage to the lure of the bottle on Can’t Say No, to a breezy bossa nova-style indictment of infidelity on Someone Else.

Ariloi has a number of tour dates in 2016 in Quebec, with more to come. Check susiearioli.com. 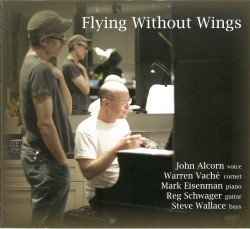 This project was conceived and recorded by trumpeter/engineer/producer John Loach, and came about as a result of his being inspired by a performance by leading Canadian jazz vocalist John Alcorn. During his show, Alcorn not only rendered gems from the Great American Songbook, but also deftly included anecdotes and fascinating factoids about each composer and composition. This idea of creating a total, composer-focused experience propelled Loach to produce this fine CD – which features talented musicians Mark Eisenman on piano, Reg Schwager on guitar, Steve Wallace on bass and the world-renowned cornetist Warren Vaché.

Throughout the 12 tracks (which include contributions from Irving Berlin, Cole Porter, the Gershwins and more), Alcorn’s rich baritone is expressive and infused with life experience. His intuitive understanding of a witty, ironic or devastatingly emotional lyric coupled with his intuitive communications with the other players are part and parcel of the contagious appeal of this charismatic and thoroughly gifted musical artist.

Standouts include Porter’s Just One of Those Things, which cooks along with an irresistible percolation from the rhythm section and features a masterful solo from Eisenman. Also of note is It’s Like Reaching for the Moon (Marqusee/Sherman/Lewis), featuring an intimate guitar/voice intro, which segues into trio perfection, as well as a stunner of a solo from Warren Vaché, who embraces the era of the composition while adding his own contemporized sensibilities.

Also of special note is an evocative arrangement of the rarely performed You’re My Thrill (Clare/Gorney), which conjures up a languid, sensual garden of delight. The CD closes with Harry Warren’s I Wish I Knew – a track filled with almost unbearable beauty and longing.

This exceptional CD – so full of heart – is aptly dedicated to the memory of the lovely Diane Alcorn.

Just One Of Those Things

But Not For Me

I Wish I Knew 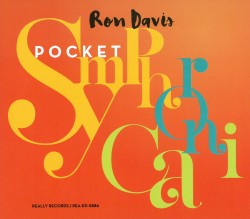 With the release of his tenth recording, eclectic and skilled pianist/composer/producer Ron Davis has reaffirmed his position as one of the most tenacious and engaging musical artists in Canada. Pocket Symphronica embraces the wide range of Davis’ skills and taste (which includes explorations into the milieus of jazz, world, pop/dance and classical musics). Comprised of 11 original compositions (and with Davis performing brilliantly on piano, Fender Rhodes and Hammond B3), this new project is a fresh distillation of his previous, innovative CD, Symphronica – a clever symphonic jazz recording which in turn led to the current chamber-sized, more portable version of the larger ensemble.

Included in the recording are Davis’ impressions of such far-flung motifs and artists as Lady Gaga (the ambitious Fugue and Variations on Gaga and Poker Face), funk (Gruvmuv – featuring a few face-melters from Barrett), Middle Eastern/Sephardic elements (the exciting and rhythmic D’hora) and a beautifully string-laden and evocative take on the traditional Jewish Passover song, Chassal Siddur Pesach (featuring sumptuous cello work from George Meanwell).

Additional memorable tracks include the uptempo string/piano feature, Presto and the gentle, bossa-infused beauty of Jeanamora. This is a deeply satisfying CD, as well as a portrait of an artist at the peak of his creativity and technical facility. 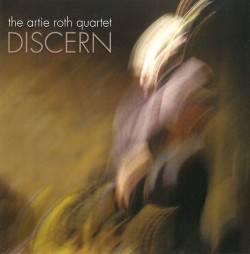 Bassist Artie Roth’s latest offering, Discern, is a highly textured and interactive affair, combining a loose, open feel with remarkably precise and detailed arrangements. The mix of electronic sounds with acoustic instrumentation lends itself to approaches that are both highly varied and coherent. His writing is steeped in the harmonic and rhythmic language of contemporary jazz while retaining a strong melodicism.

The Compromise Blues establishes the tone of the recording with its majestic soundscape and drummer Anthony Michelli’s Elvin Jones-inspired groove. Roth opens the soloing, elaborating on the lyricism of the melody and paving the way for Mike Filice’s tenor sax. Filice’s understated opening lines and relaxed style gathers momentum as he fluidly weaves his way in and out of the tune’s harmony. Guitarist Geoff Young, equally adept in the language of modern jazz, makes use of a rich overdriven tone to build into inspired double time lines. As well, Young’s sonic palette orchestrates the proceedings in ways that become increasingly apparent as the album unfolds.

The textural aspect of the CD comes into full fruition in Still Hear, dedicated to the late drummer Archie Alleyne, a long time cohort of Roth’s. Tenor saxophone and bass clarinet are overdubbed, meshing with Young’s atmospheric guitar colours. Frontline instruments converse and Michelli lets loose over Roth’s ostinato bass figure. This is a beautifully played and produced recording that is a pleasure to listen to. 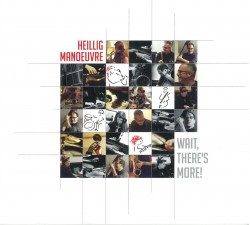 The latest incarnation of bassist and composer Henry Heillig’s Heillig Manoeuvre continues the shift from the group’s earlier more electric sound to the decidedly mainstream bent of Wait, There’s More. The constant in the band’s evolution has been Heillig’s accessible, groove-oriented compositional style. The current group, including longtime Manteca cohort Charlie Cooley on drums, pianist Stacie McGregor and saxophonist Alison Young may be its most compelling lineup to date. Young, who has established herself as an important new player on the scene, brings a confident, fresh voice to the quartet’s blend of bebop, blues and funk. McGregor embraces a similar sensibility, occupying both frontline and rhythm section roles with aplomb.

Wait, There’s More, the opening tune, highlights Heillig’s and Cooley’s ease with classic Latin and swing feels. The drum/sax duet off the top of Young’s solo is a perfect setup for her soulful, swinging style. McGregor follows suit, complementing the sax solo with her own well-rooted sense of the tradition. Arrangements are the key here and solos are concise and to the point without feeling truncated. Wonky Rhomboid features bass and baritone saxophone over a seven-beat figure that slips momentarily into a fast swing, reminiscent of Mingus’ Fables Of Faubus. Young’s composition Waltz For Harriet showcases the composer’s command of nuance with a nod to Cannonball Adderley’s funky exuberance. Groove and fun are the order of the day in this highly satisfying outing. 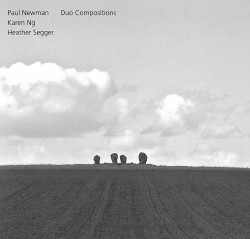 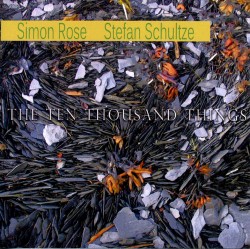 Joining forces to extract as many undiscovered textures from their instruments as humanly possible, British alto and baritone saxophonist Simon Rose and German-prepared piano specialist Stefan Schultze come across less like mad scientists and more like dedicated epistemologists. Like researchers confronted with unexpected by-products from their experiments, they assiduously dissect the results for further trials. And like the Lone Ranger and Tonto riding in tandem, for every extended technique exposed by Rose, from tongue slapping to atonal smears, Schultze has an appropriate response or goad, plucking, stopping, pushing and sliding along his strings, and with implements such as bowls, bells and mashers vibrating atop them.

A track like Magua for instance starts with gargantuan baritone sax textures exposed via bone-dry multiphonics, soon pleasantly liquefying to a jerky slap-tongue rhythm to affiliate with bell-like clangs from the piano’s speaking length. Or consider Schultze’s ring modulator-like reverberations which bring out the mellow underpinning of Rose’s back-and-forth snuffling on Bird Sommersaults. Additionally, harpsichord-like string stopping gets a tougher interface that vibrates the soundboard strings when sympathetically matched with low-pitched reed vibrations on Unstabled. Rose’s split tones allow him to play reed strategies that are simultaneously mellow and rickety or skyscraper high and copper mine low at the same time; while Schultze’s strategies create equivalent concurrent textures inside and outside the piano. Leviathan Blues is a fine demonstration of this. The pianist’s stretching the strings while percussively key slapping creates a rhythmic backbeat which expands to meet the saxophonist’s theme variations that likewise widen and become more dissonant as Rose plays. Altissimo reed agitation brings out equivalent kinetic key pummeling, until a simple pedal-push counter-theme calms the woodwind cyclone enough to move Rose to singular honks that finally meld with solidifying key vibrations.

By the time the last note sounds at the end of this CD’s 11th and final track, if the two haven’t exposed the sound textures from 10,000 things they’ve certainly come close to doing so.