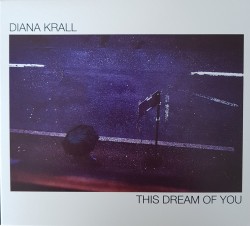 This Dream of You
Diana Krall
Verve B0032519 (dianakrall.com)

Four years ago, Diana Krall was working in the studio with her longtime, legendary producer Tommy LiPuma. LiPuma was ill and Krall knew it, so the pair recorded over 30 tracks during those sessions. The initial result was Turn Up the Quiet, released in 2017 shortly after LiPuma died. That album was a return to Krall’s classic, stripped-down jazz sound and This Dream of You is a continuation of that exploration. An homage to the Great American Songbook, and her friend and mentor, Krall delivers the exquisite sound and technique we’ve come to expect from her, both on piano and vocals.

The top-notch production has Krall’s vocals front and centre in the mix so it sounds as if she’s right in the room with you, giving you a big old aural hug. It’s just what the doctor ordered in these pandemic times.