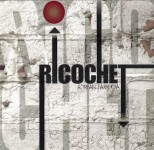 There is a dedicated group of younger musicians in Toronto making their mark on the jazz scene. This CD features the music of one of the outstanding members of that coterie, Adrean Farrugia. He is in the company of some of Toronto's leading players performing a programme of mostly original compositions. The one exception being Blackberry Winter, a little heard song by Alec Wilder and Loonis McGlohon in a beautiful duo performance by Adrean and vocalist Sophia Perlman who is heard on two more of the album's eight tracks using her voice very effectively in wordless vocals.

Adrean's strengths as a composer are much in evidence, displaying a wide spectrum of musical traditions which he has absorbed and developed into his own creative personality. The broadness of his musical palette is impressive, ranging from Meadowlark which features the cello of Kiki Misumi to the driving layers of sound on Situmani which features the horns of Kevin Turcotte, Kelly Jefferson, Sandar Viswanathan and William Carn. Andrew Downing on bass and Anthony Michelli on drums add immensely to the success of this recording and are joined on a couple of compositions by tabla player Ravi Naimpally.

This is contemporary music of a very high standard and an excellent addition to the growing body of artistic work by Mr. Farrugia.