Two disparate recent events prompt these ruminations. The first is the massive downturn of the global economy with its inevitable adverse effect on disposable income. The second was the receipt in the mail of an excellent biography. The book, In The Firing Line by Toronto author Wallace L. Court, is a biography with a difference. It chronicles the life of noted Salvation Army composer, Colonel Bramwell Coles.

Recession woes led us to wondering what effect this financial situation might have on the health of community musical groups. In the tough times projected for the foreseeable future, will band and orchestra members curtail their participation to save money, or will they turn more to this form of recreation.

As for the biography of Bramwell Coles, many of its episodes prompted us to ponder the effect the brass band movement had on community music making. The invention of valves for brass instruments in the early part of the 19th century spawned a whole new era for community music, because the entire family of brass instruments had now achieved fully chromatic melodic capabilities. Founded in the 1870s, by the turn of the century the Salvation Army had established its presence in 50 countries. In the early days of the Salvation Army, a significant part of their ministry involved taking their evangelistic message to the people in the streets. Where they had previously relied on songsters for music, the versatility, durability and portability of these new valved brass instruments provided the opportunity to take their instrumental music into the streets in less than ideal weather conditions. By the dawn of the 20th century there were hundreds of Salvation Army bands throughout Britain.

Almost simultaneously we saw the formation of company bands throughout the British Isles. Almost without exception, these British works bands were all brass bands. With such all brass instrumentation and common notation, where all of the instruments are scored in the treble clef, it was easy to provide inexpensive uniform group instruction to all band members. While these bands were originally established as company sponsored recreational outlets for employees, they grew in stature to the point where the top company bands sought potential band members and found employment for them within the company. It was not long before the company band phenomenon spread to Europe and North America.

One of the most notable of these in Canada was the band of the Anglo-Canadian Leather Company in Huntsville, Ontario. In 1918, Herbert L. Clarke, usually considered the world’s greatest cornet virtuoso of his era, was lured to Huntsville to conduct and train that company’s band. For that he was reportedly paid, what was then, the princely sum of $18,000 year. He remained there until 1923 when his wife’s poor health forced them to move to a warmer climate. In his earlier days, before joining the band of John Philip Sousa, Clarke had conducted the Heintzman Company Band and subsequently, the Taylor Safe Works Band both in Toronto.

While “Works Bands” still flourish in Britain, over the past 60 or so years company bands have all but disappeared from the musical scene in Canada. The last significant such group that I can recall seeing was the White Rose Oil Company Band from Petrolia, Ontario. Where such bands have continued, they have produced some amazing musicians. In the latter part of the twentieth century, one of the world’s top trumpet masters, Maurice André, rose from the ranks of a French coal mine band to performing worldwide and teaching at the Paris Conservatory.

So where am I going with this? Well, it has often been said that in hard times people make their own entertainment. What better way than with like-minded friends (or co-workers) making music? For those who already own their instruments, the costs are significantly less that many other forms of recreation. The organizations normally have an adequate library of music. Other than the costs of transportation to rehearsals and performances, usually the only other expense is a small annual membership fee. Up to and through the great depression of the 1930s one would be hard pressed to locate a town of any size in this country which did not have a community band and/or orchestra. Even through the dark days of WW II, band tattoos were a popular form of entertainment. My personal recollection of this era is of travelling with my boys band to a different town tattoo almost every Saturday throughout the summer, culminating in a season ending trip to the Canadian National Exhibition to compete with other bands (including a number of company bands). We know of a few bands in Southern Ontario which have in recent years established “beginners’ bands” for adults. Is it time for the company band to re-emerge as a relatively inexpensive employee benefit?

On the Serious Side of the Silly Season

In last September's issue we talked about the challenges facing community musical groups at the beginning of a new season, as if the "advent of a new season" only happens once a year. No such luck! For most community bands and orchestras there are two or three seasons in each year. Now, for example, the dust has settled on the fall season with its final December rush, trying to fit in all of the traditional offerings expected by audiences. Most groups are now entering a new winter season. With a clean slate, so to speak, many will explore previously untried works, and embark on new musical challenges for their members.

For concert bands, available repertoire, one of the major differences between the modern concert band and a traditional symphony orchestra, will be a major influence in shaping their program content, and may indeed be a stumbling block. For the traditional symphony orchestra, there is an enormous legacy of what is often referred to as the Standard Repertoire. True, there have always been changes in orchestral instrumentation over the years. In the 250 years since the days of Haydn, Handel and Mozart, however, the changes have been relatively minor. With the exception of the introduction of valves on brass instruments and modifications to the fingering systems of some woodwind instruments, the instrumentation of a modern symphony orchestra has remained relatively unchanged for over two centuries.

The modern orchestra can trace its roots back to sponsorship by the nobility, their courts and the religious institutions of Europe. The modern concert band, on the other hand has evolved into its present form much more recently, with its origins stemming principally from British and European military traditions. So, while the top symphony orchestras of the world today are almost without exception civilian organizations, to this day the finest bands of the world are almost all financed and operated by military organizations. With the exception of bands raised for specific occasions, such as Olympic Games or Expo 67, one would be hard pressed to name many truly professional concert bands which have performed regular concert schedules in this country in the seventy years since the outbreak of World War II.

Perhaps as a consequence, few composers of so called serious music have seen fit to write for concert band instrumentation. If they wished to present a program made up entirely of works from the so called serious canon, a community band would have to resort almost exclusively to transcriptions from orchestral scores.

In the early 1920s, officials at The Royal Military School of Music at Kneller Hall, lamenting this lack of original music for concert band, commissioned Gustav Holst to write his Suites in Eb and F for this instrumentation. At about the same time Ralph Vaughan Williams produced his Folksong Suite for band. Aside from a few such notable exceptions, and a plethora of excellent marches, little of music written specifically for band over the past century has stood the test of time. To appeal to audiences with a taste for the standard repertoire bands have had to rely on transcriptions of varying degrees of merit. While there were many excellent such transcriptions in the early part of the twentieth century, most are now out of print and hard to find. In recent years, Colin Clarke, a young Toronto based conductor and clinician, produced a first rate transcription of Holst's orchestral suite The Planets. Unfortunately, such endeavours are rare.

A century ago concert bands reached their zenith with several famous ones touring the world. The bands of John Philip Sousa, Arthur Pryor, Edwin Franko Goldman and Giuseppe Creatore were household names in the early 1900's. Although not as well known today as Sousa, in his day, The Great Creatore was the darling of concert audiences throughout North America and in Europe. Creatore's Band was featured at the Canadian National Exhibition no fewer than ten times between 1914 and 1926. Some years later, the great Canadian author Robertson Davies reminisced about a childhood visit to the CNE to hear one such concert in an essay entitled I Remember Creatore.

On the local band scene, The Lydian Wind Ensemble, which has been rehearsing in the Whitby area for some years, is proposing both a name change and a change in rehearsal nights. In recent times the group has been experiencing some difficulty attracting new members to Thursday evening rehearsals since many potential candidates already have other musical commitments then. The proposed new name would be The Whitby Concert Band (not to be confused with the Whitby Brass Band) and rehearsals would be held on Wednesday evenings. Past members of Lydian Wind Ensemble and any others interested in the proposed new Whitby Concert Band are asked to contact Bill Patton at patton62@sympatico.ca

Coming Events - Down the Road 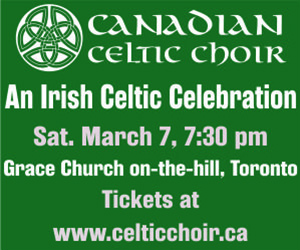