When I first heard of a concert by the Hart House Symphonic Band, I was very surprised. I have been a member of Hart House continuously ever since my arrival at University of Toronto as an undergraduate student back when dinosaurs were roaming the campus. For those who are not familiar with Hart House, it is the elegant gothic style student union building with the majestic Soldier’s Tower which dominates the landscape of the main campus. When was this Hart House band formed and why had I never heard of it? On April 2 I had my chance. That was the evening of the band’s spring concert titled “Angels in the Architecture.” As I sat waiting to see what sort of ensemble might perform, no fewer than 65 band members entered and dominated the entire south end of the House’s Great Hall. This is not a band of students from the Faculty of Music. Membership is a mix of undergraduate students and alumni from a wide range of disciplines.

Different would probably be the best single word to describe the programming of this concert. The selections involving the entire band were almost exclusively by modern composers. However, the only contemporary selection which I recognized was the March from the Great Escape. The real difference in the programming occurred when the program switched to the first soloist. Melanie Warren from the trumpet section moved to the piano and performed one of her own compositions. After the applause for the performance of her Rondo No. 2 she returned to her seat in the trumpet section.

Immediately after this original composition by a band member, there was a dramatic switch to Five Pieces of Dmitri Shostakovich. Here again it was not the entire band, but a trio of violin, clarinet and piano. After the performance the violinist returned to the flute section and the pianist to the trombone section.

After a return to full band renditions of Robert W. Smith’s Star Trek: Through the Generations and Morten Lauridsen’s O Magnum Mysterium we had a dramatic shift to solo piano. This time, Duncan Kwan the band’s bass trombonist took centre stage on piano with Rachmaninoff’s Prelude in C-sharp Minor.

The final solo of the evening forced me to start digging for information as soon as I arrived home. This was the Fantasie sur un thème original by Jules Demersseman. Little known today, Demersseman was a French composer who lived in the mid-1800s. Renowned in his day as a flutist and teacher, he was a close friend of Adolphe Sax and composed many of the earliest works for saxophone and saxhorn.

Conductor Mark Saresky states that he has only been with the band for nine years and couldn’t say when it was first established. One thing is certain: he has an impressive spectrum of musical talent and imaginative programming! Stay tuned for their next concerts which are tentatively scheduled for December and next April.

Unfortunately the acoustics of the Great Hall vary considerably depending on the placement of the group performing. The acoustics are generally excellent when the group is placed close to the middle along the long wall. That would certainly not be feasible with a 65-piece band. With the band located at the south end of the hall the sound was at times overwhelming. Nonetheless, the performance was memorable.

More on Venues and Acoustics

While on the subject of venue acoustics, one of the finest performance venues that I have encountered recently was the auditorium of J. Clarke Richardson C. in Ajax. I attended a concert there recently by the Navy Band of HMCS York as part of the school’s sesquicentennial celebration. Unlike many modern schools which have only a cafetorium, this school boasts a true theatre. It has a large stage with a full proscenium arch. I would estimate that it has a seating capacity of about 600 in comfortable upholstered tiered seats where every audience member has a full unobstructed view of the stage.

As for unusual performance venues for small groups, in the next issue I hope to be in a position to introduce readers to a little known gem within a short driving distance from Toronto. Stay tuned for a visit to the Foster Memorial.

Unfortunately, I was unable to attend the “Sesquicentennial Celebration Concert” by the Plumbing Factory Brass Band on April 19. A severe and painful shoulder injury made the multi-hour drive from home to London and back a non-starter. This was the concert which I had been looking forward to more than almost any other this season. Henry Meredith’s programming of an evening made up exclusively of 19th-century brass band selections was the sort of program that I have never heard before. With any luck they may have recorded it. If so, I’ll be first in line for a copy.

While school concerts are commonplace where students perform and parents applaud, I recently attended a school concert with a difference. On April 20, St. Andrew’s Junior High School in North York presented “Jazz @ St. Andrew’s.” This included several works by four different jazz ensembles including the Swingin’ Strings. That’s right. A large group of students from Grades 8 and 9, accustomed to playing Baroque and classical music showed their adaptation to the challenges of swing style with such numbers as Duke Ellington’s C-Jam Blues.

After these performances the program shifted to show how the love of performing music may continue after school life is over. The regular student groups were followed by the York Mills Titan Jazz Band, an extracurricular after-hours club open to anyone interested in playing big band music. That was followed by a few numbers by Swing Shift, a community big band which rehearses weekly in nearby York Mills Collegiate. Members range in age from the twenty-somethings to several retirees, drawn together to read through music of the big band era. I have been a member of this group for some years, but had to serve as an audience member because my shoulder complained when I tried to hold my instrument. Both of the last two groups were led by Bob Gray, a longtime music teacher in this area.

For students and parents alike this evening showed, in no uncertain terms, that musical skills do not end when school is over, but can be a lifelong avocation. In the comment section of the program, music teacher Mr. Corbett summed up the value of musical training with these observations: “Our students have all worked hard to prepare this concert for you and have learned so much about music and about themselves. They have learned about commitment, self-discipline and the rewards of hard work. They have learned to be effective leaders and followers, ignoring their phones for hours at a time.”

The Newmarket Citizens Band will be presenting their Canada 150 concert on May 26 at 8pm in Newmarket’s Old Town Hall on Botsford Street. Canadian compositions scheduled include Ten Provinces March by Howard Cable, They Came Sailing by Andre Jutras and Leonard Cohen’s Hallelujah.

Silverthorn Symphonic Winds 2016/2017 season concludes with their “Spring Celebration” on Saturday, May 27, 7:30pm at the Wilmar Heights Event Centre. The program will honour Canada’s 150 years since Confederation with works by Canadian composers and arrangers.

On Sunday, May 28, at 3:30pm The Wychwood Clarinet Choir presents their “Sounds of Spring - the Canadian Edition.” Whether or not my suggestions had any effect, they will be featuring: The Bridal Rose Overture by Calixa Lavallée, arranged by Richard Moore and Roy Greaves. This was one of my leading picks for Canadian compositions to be included in any group’s repertoire this year. I’m looking forward to hearing this new clarinet choir arrangement. Works by Howard Cable will include Point Pelee, Wychwood Suite, McIntyre Ranch Country and Canadian Folk Song Suite. Norman Campbell’s Anne of Green Gables Medley arranged by Fen Watkin will also be played.

In last month’s column I mentioned how Wynne Krangle, sitting at home in Whitehorse, had “virtually attended” Clarinet Choir rehearsals, took lessons using FaceTime, and ended up playing in the last concert. Will she be back? Yes, Wynne will be back, arriving in time for two rehearsals and then playing with the Choir for this performance with artistic director and clarinet soloist Michele Jacot at the Church of St. Michael and All Angels.

It is with great sadness that I report on the passing of Barbara Kissick. Barbara was a pioneer in establishing the idea that women should have an equal right to play in most bands where, traditionally, they were all-male organizations. As a student at Barrie Central Collegiate she became the first female band president. As I mentioned in this column a few years ago, when she was a physiotherapy student at University of Toronto, she rocked the boat again. The student council of the university actually convened a special meeting to debate whether or not a female student should be “PERMITTED” to join the Varsity Band. Barbara won. Years later, when we formed the university’s Blue and White Alumni Band, Barbara came down regularly from Barrie with her clarinet. When I learned of her passing I pulled out the CD we made with that band in May 1993, and there was Barbara’s name. My dilemma: what selection should I play? In the end it was Close to You. 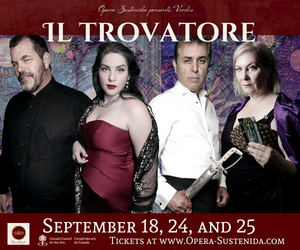