Since the 2008/2009 season when his star began its rise, celebrated pianist, author and media personality James Rhodes has released seven chart-topping classical albums, written four books and appeared in and made several television programs for British broadcasting. According to his website, Bach, Beethoven and Chopin offered comfort for the “suffering that dogged his childhood and early adult life.” Classical music offered “solace” and was key to his survival.

Now in his mid-40s, Rhodes’ unfettered passion for classical music is at the core of his approach to concertizing; he communicates directly with audiences, interweaving anecdotes of composers’ lives with his own experiences as they relate to the music being performed. March 5, 2020, in Koerner Hall, the Glenn Gould Foundation is presenting Rhodes’ Canadian debut, in an all-Beethoven recital, as part of the Foundation’s “continuing commitment to celebrating excellence and exploring the indelible impact of the arts on the human condition.”

The following Q & A took place via email in early February. 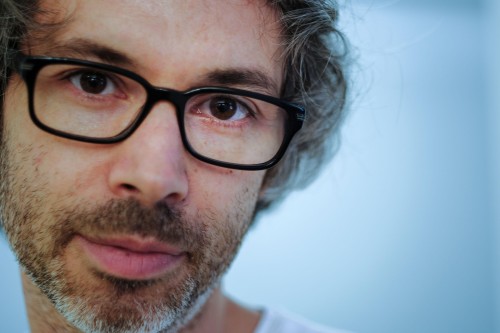 WN: Your love of Glenn Gould is well known so it’s appropriate that the Glenn Gould Foundation is presenting your March 5 Toronto debut. You said in Geeking Glenn Gould, your 2017 BBC documentary, that when you were “a kid,” Gould was really your best friend, “during a time that was very bleak and he made things feel so much better and so much more exciting.” Please elaborate on that friendship and on how classical music saved your life then.

JR: There were a lot of bad things happening when I was a kid. Things that shouldn’t happen to any child but, sadly, happen to far too many. When a child is raped it shatters their idea of trust. By some miracle (and I don’t use the word lightly), I discovered classical music at around that time and it was the only thing I could trust. It is that weird, schizophrenic thing of living most of my life in a dull monochrome, barely sleeping, bleeding from weird places, twitching all the time and unable to talk properly, and then listening to this incredible music and having a multicoloured, transcendental escape at my disposal. And of course you cannot experience classical music without Gould. He was such a revolutionary, the very opposite of the safe, academic performers that were so commonplace. He embodied the thrill of music for me. He did things with a piano that I would literally dream about doing.

How does Glenn Gould inspire you?

He reminds me of Beethoven, who wrote that immortal line, ‘There will be many emperors and princes. There will only ever be one Beethoven.’ He [Gould] just didn’t give a fuck. He was the closest thing classical music had to a rock star. He believed in playing music in a way that no one had the bravery or insight to play it. I mean listen to his cadenza to the last movement of Beethoven’s first piano concerto. Or the prelude of the fifth partita. Or the Meistersinger Overture. Man alive, the guy just punched you in the face and didn’t even apologize. This is what music-making should be about.

What was the first piece of Bach’s that changed your life?

The Chaconne in D Minor from his Violin Partita No.2. A musical cathedral that he built to the memory of his dead wife. I love the fact that it keeps trying to end. But he always has one more thing to add. Like saying goodbye to the woman you love. Leaving the hospital room. And then returning to say that ‘one more thing.’ For me it was a kind of key to my mini, seven-year-old fucked-up soul that just fit right and made everything seem shinier.

When did you begin to play the piano?

Play, in the loosest sense of the word, when I was a kid. But I didn’t get my first proper teacher until I was 14. and then I stopped for ten years, aged 18, and restarted at 28. I wouldn’t recommend that.

According to your website you had no formal academic musical education or dedicated mentoring until age 14 when you studied for four years under Colin Stone. Then, in your early 30s, you had a brief tutelage with Edoardo Strabbioli in Verona. Was that the extent of your training?

Yep. But I like to think that dreaming, breathing, thinking about, listening, talking and inhaling music for all of my life was training too.

Who were your musical heroes in your youth?

I love the story you told Tom Power on CBC’s q about the time a dozen years ago when you were in a locked psychiatric ward and not allowed anything, but a friend smuggled in an iPod filled with Gould and Bach and you heard Bach’s transcription of the slow movement of Marcello’s oboe concerto. “Something this profoundly beautiful – the fact that this exists in the world – means that it’s not necessarily a completely hostile place,” you said. It’s an example of the extraordinary power of music. There’s nothing like it. Please expand.

Nah. Listen to the piece and it’s easy to get. That’s the magic trick with music. You can be at your most desperate and abandoned and suddenly there is a hand reaching out from 300 years ago giving you a hug and telling you it’s all going to be ok. And that piece is a perfect example.

When did you first fall in love with Beethoven?

As a very young boy, listening to the Emperor Concerto. Holy shit what a piece to fall in love with! It’s everything my tiny, geeky little mind adored – virtuosity, thrills, beauty and lots of big fucking drums.

How did you choose the pieces for your Toronto recital?

I wanted to find three sonatas that told a bit of a story and covered the basic arc of his life. 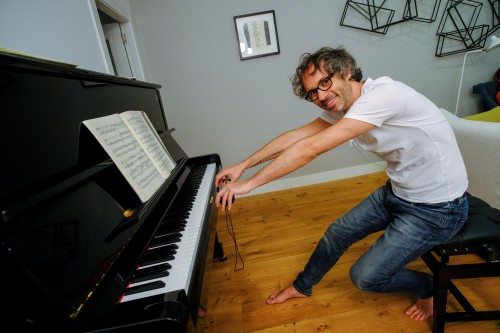 You recorded all three sonatas [No.15 in D Minor, Op.28 “Pastoral”; No.27 in E Minor, Op.90; No.21 in C Major, Op.53 “Waldstein”] seven to ten years ago. Please describe your relationship with each of the sonatas and how your approach to them has evolved over the years.

You know I think it was Arrau (or maybe Bolet) who said something really brave – along the lines of ‘LVB wrote the sonata and moved onto the next one. I’ve been studying these sonatas for 30, 40, 50 years. I know them inside out. Have performed, memorized, recorded and lived with them for decades. I know them better than Beethoven.’ I think there’s something in that. Every time I play them I discover something new. A different stress on one beat, a hidden inner melody, a tiny inflection in half of a bar…. There is an infinite world inside them.

Did you have any particular heroes who contributed to your understanding of Beethoven?

Gould, obviously. Also Teodor Currentzis. [chief conductor of the SWR Symphony Orchestra Stuttgart and artistic director of the ensemble musicAeterna and of the musicAeterna Chamber Choir] He’s the greatest living conductor (don’t even try to argue with me about that). Sokolov too – he makes the sonatas sound as if you’re hearing them for the first time.

Talking to the audience and contextualizing the music you’re about to play, why you chose it and what it means to you, was very prescient when you began doing it more than a decade ago. Now it’s part of the zeitgeist. How did it come about?

I don’t think it’s that common sadly. I wish more musicians would do it. Imagine hearing Zimerman discussing Schubert for a few minutes before playing D960! I’d die of joy. I would always choose to introduce a piece for a couple of minutes before playing it and then turn the lights off and let people disappear with the music, instead of having the audience reading program notes about sonata form in Beethoven’s Vienna while I’m playing the bloody thing. There are so many things in classical music that are considered a blasphemy. So many unspoken rules. Sometimes you feel like you’re going to church instead of a recital. This music is so immortal and has sadly been appropriated by a certain group of people for their enjoyment only. It’s desperate. Classical music is not high art. It’s not something you must understand in order to ‘appreciate it’ (whatever that means). It is simply a connection with a part of ourselves that is too easily lost in this age of always-on, super-fast distraction.

The Glenn Gould Foundation presents “In Conversation with James Rhodes” on Wednesday March 4 at 7:30pm, in the Isabel Bader Theatre.