Soundstreams’ presentation of the Latvian Radio Choir (LRC) with artistic director Sigvards Klava, in concert at Metropolitan United Church on November 17 at 8pm, has significance in a number of ways. Founded in 1940, the 24-voice LRC is one of the few professional choirs that owes its existence to a national public broadcaster. It was created for the purpose of providing Latvian Radio with a high-quality choral group that could serve the diverse needs of the broadcaster in making its music programs. One of those needs was to allow Latvian composers to not only create new Latvian choral compositions, but also to experiment with the art of choral writing, through creative lab sessions with the choir. This has no doubt contributed to the rise of the tiny nation’s highly respected status in the choral world.

Choral music is at the heart of music making in Latvia, as it is in the entire Baltic region. Every school has a choir and music training is considered a core subject. The well-known Singing Revolution, as it was dubbed in Estonia at its start, in the late 1980s was a broad expression of cultural and political independence that affected the whole region. The 2018 tour by the Latvian Radio Choir, furthermore, is part of a broader celebration of independence from czarist Russia that Latvia and all the Baltic countries gained in 1918. 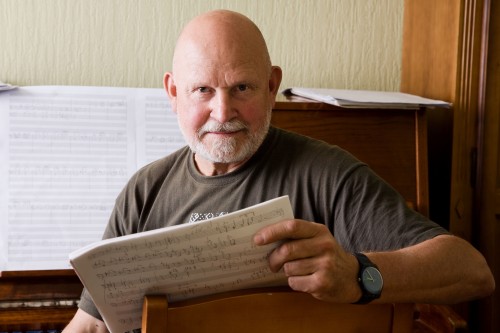 The November 17 concert will be the third time that Soundstreams has presented this widely esteemed choir. The program includes, among other things, music by three leading Latvian composers: the renowned Petēris Vasks (b. 1946) and the much younger, but already well-established Santa Ratniece and Ēriks Ešenvalds (both born in 1977.) Ratniece has composed a large and growing number of quite varied works for the LRC. For example, the choir’s current North American tour follows on the heels of an Australian production of Ratniece’s multimedia opera, WAR SUM UP. Music. Manga. Machines (2011), an ambitious work, in which choir members appear as soloists. By contrast, her first work for the LRC, Saline (2006) is a quiet, delicate, introspective piece containing much subtle detail. At the November 17 concert, the choir will sing Chu Dal (2009), which won her a Copyright’s Infinity Award in 2011. 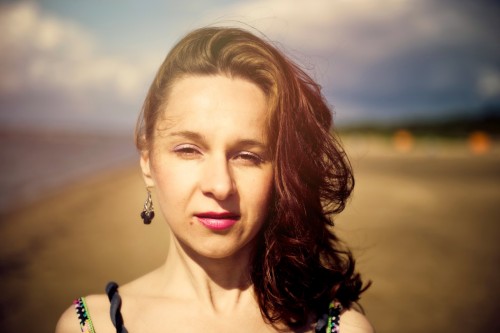 Ratniece first came to worldwide attention in 2004 when Latvian Radio presented one of her works to the international delegates at the International Rostrum of Composers (IRC) in Paris. The IRC describes itself as “An international forum of representatives of broadcasting organizations who come together for the purpose of exchanging and broadcasting contemporary art music.” Think of it as a contemporary music meet-up sponsored by public broadcasters from some 35 countries and organized by the International Music Council. Latvian Radio presented works by Ratniece to the IRC three times between 2004 and 2012, including her choral music as performed by the LRC. Each time her music was presented there, the international delegates voted her works to the top ten list of the best works heard. By the end of this period she had become quite well known on the international scene, and I had the pleasure of witnessing this progression. In 2002, I had been elected president of the IRC, after having served as the official delegate for CBC Radio for 25 years. Over that time, I had seen the benefits of exchanging original productions of new compositions from around the globe, benefits that accrued not only to the composers whose music was being made available, but also to the broadcasters themselves, in the form of fresh, high-quality content for use in their programs. 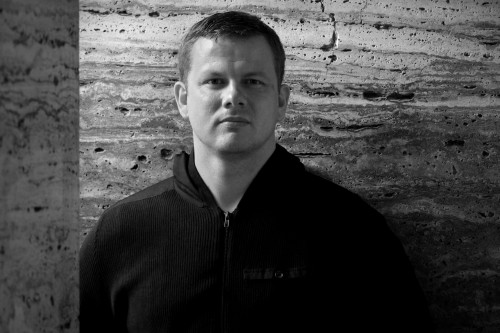 Latvian Radio also presented the music of Ēriks Ešenvalds at the IRC in 2006; a choral composition, in a production with the LRC. Like Ratniece, Ešenvalds’ piece was voted as the top selected work by a young composer, and his name spread to all the countries participating in the IRC, resulting in dozens of international broadcasts, a tribute to how effective Latvian Radio, together with their world-famous choir, have been in bringing the story of emerging Latvian composers to international public view. Ešenvalds’ two choral works on the Soundstreams program are Stars (2011) with poetry by Sarah Teasdale (1884–1933), and A Drop in the Ocean (2006) which includes biblical texts, a prayer of St. Francis of Assisi and words of Mother Theresa. 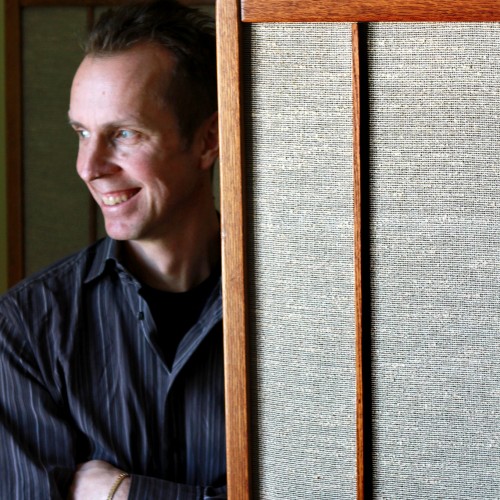 The November 17 concert will also include a world premiere by Canadian composer Omar Daniel (b. 1960). The work was commissioned by Soundstreams Canada, with the financial assistance of the Canada Council for the Arts, to create the work for another choir, the Estonian Philharmonic Chamber Choir. The Estonian choir has yet to perform the work in its entirety. Daniel, who is an Estonian-Canadian, chose to set a poem by the world-renowned Estonian poet Marie Under (1883–1980), Sõduri ema (The Soldier’s Mother). Daniel told me that he had always wanted to set the poetry of Under, perhaps Estonia’s most famous poet. “There is only a vague narrative to the three sections of the poem: the son arrives for a visit, stays for a brief time, and then leaves to once again join the war. But nothing really occurs in the poem; only fleeting images of hands in prayer, snow, the visage of the son. The images appear as if emerging ever so briefly out of the shadows of the mother’s sadness. The essence of the poem, and I hope my composition, is in its intimacy, in its soft dynamics and use of silence to express quiet grief of the woman who must quietly come to terms with her son’s brief presence and impending departure. It is a highly spiritual poem as it embraces the ideas of hope, faith and sacrifice.”

Like Ratniece and Ešenvalds, Daniel enjoyed the support of his country’s national broadcaster in the development of his career as an emerging composer. Daniel wrote: “It is not an exaggeration to say that CBC radio’s commitment to broadcasting contemporary music in the 1980s and 1990s shaped the musical culture of Canada. Simply put, I would not have become the composer that I am had it not been for the broadcast opportunities that I was privileged to be part of through CBC radio. I remember in my early professional days as a graduate student at U of T, mounting concerts at the old Music Gallery with the then fledgling Continuum; David Jaeger offered to record our concerts for broadcast on CBC’s Two New Hours. We were shocked and ecstatic: They took a risk on an upstart group like ours, and gave the composers, performers and organization a profile boost that we could never have obtained otherwise – national radio exposure. I have the fond memory of, after the soundcheck, all of us (including the iconic David Quinney) having dinner at the Elvis restaurant on Queen Street.”

Daniel goes on to reflect on how throughout the last two decades of the 20th century, he became friends with many of us at CBC in those days: “Radio producers, hosts and engineers who were true believers in the value of homegrown contemporary classical music. Another one of my favourite memories is an episode from one of the many years I spent attending the Winnipeg New Music Festival during the 1990s and early 2000s. It was a live-to-air national show, and there was a rather extensive set change between two pieces on the stage of Centennial Hall in Winnipeg. The legendary Larry Lake, microphone in hand, called me quickly to the stage and conducted an interview with me while stage hands, engineers and musicians were charging across the stage all around us. All broadcast live across Canada.”

He also recalls the 1990 CBC Radio Competition for Young Composers, held in Quebec City that year, as another highlight. “It was my first real experience being part of an event that was of national significance, one that was given national press exposure. I remember being quite overwhelmed by the high level of music-making, impeccable organizing, and respect that my composition colleagues and I were afforded. And having some success at the competition, the CBC immediately commissioned me to write a work for Toronto’s Amici trio. I felt at that time as if there was a true living art form of contemporary music in Canada, with CBC radio as one of the most significant contributors.”

Tālivaldis Ķeniņš (1919–2008) was born in Latvia and emigrated to Canada in 1951. His career as a prolific composer, teacher, organist and music director has been celebrated not only in this country, but also in his native Latvia, where he is remembered and respected. Ķeniņš himself was the recipient of numerous commissions from the CBC’s Radio Music department throughout his creative life. The LRC will sing his Alleluia for choir and organ, composed in 1981.

The LRC’s recording of Sergei Rachmaninoff’s (1873–1943) All-Night Vigil, composed in 1915, gained a Grammy nomination in 2013, and has become a sort of a signature work for the choir. The countless reviews of this recording are all complete raves. The Soundstreams concert will include several movements of this Romantic Russian showstopper.

Latvian Radio has achieved a sustainable strategy for the development of its talented artists, a model that could serve broadcasters, composers, performers and listeners around the world.