In this year like no other, the Toronto International Film Festival (TIFF) has adapted to the pandemic’s parameters by making most red carpet events virtual and scaling back on how they will be presenting films. TIFF’s 45th edition – running from September 10 to 20, 2020 – will offer both digital and in-person screenings, using TIFF Bell Lightbox and the Isabel Bader Theatre at reduced capacity to conform to measures provided by the City of Toronto and Public Health Ontario, ensuring that there will be a modicum of lineups. As well as drive-ins at CityView and Ontario Place, there will be an open air cinema at Ontario Place. A sophisticated, secure digital platform, called Bell Digital Cinema, will house most of the 50-plus films selected for TIFF 2020, enabling Festival-goers to watch Festival films at home on their television and computer screens.

Given The WholeNote’s early deadline, and with TIFF’s schedule and program notes still a work-in-progress, our annual guide is based on a film’s subject matter, a filmmaker’s track record and gleanings from across the Internet. What follows is a small taste for HalfTones readers of our ninth annual TIFF Tips. Be sure to check out the full story in the September edition of the magazine.

“A finely crafted labour of love set in the world of Indian traditional music… The Disciple is a refined yet uncompromising portrait of a young artist’s journey, his dreams and his loneliness, featuring some extraordinary musical performances.” (New York Film Festival). Classical musicians prominent in the film include lead actor Aditya Modak, Arun Dravid and Deepika Bhide Bhagwat. In an interview on the scroll.in website, director Chaitanya Tamhane said he was drawn to the stories and anecdotes about musicians of the past, their secret knowledge and ancient wisdom. “The more I studied, listened, and attended concerts, the more I was enticed, and I realized Indian classical music is not as simple as the perception goes – how its practitioners act and behave, for instance.

“The lead character is a young vocalist, raised and introduced to music by his father. He has grown up on stories of the past, these secrets, modern-day myths and masters, purist concepts of music, and how one should live their life in accordance with them.”

For research, Tamhane travelled to cities with a vibrant Hindustani music culture: Delhi, ITC Sangeet Research Academy in Kolkata, Benaras, Pune, Ahmedabad. “I needed to form genuine friendships and build a rapport so they opened up and let me understand their inner world, and that took time. What you will see in the film is an amalgamation of insights I gained over two years.” 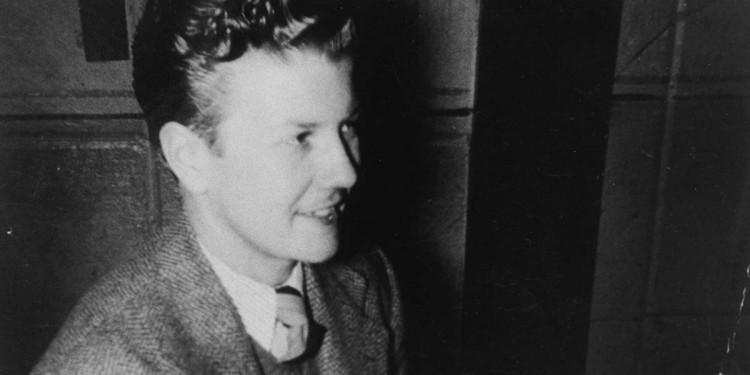 For decades, the life of American jazz musician Billy Tipton was framed as the story of an ambitious woman passing as a man in pursuit of a career in music. In Aisling Chin-Yee and Chase Joynt’s documentary, No Ordinary Man, Tipton’s story is reimagined and performed by trans artists as they collectively paint a portrait of an unlikely hero. Working with Tipton’s adopted son Billy Jr., the filmmakers delve into Tipton’s complicated and contested legacy: how do you tell the story of someone who was hiding in plain sight yet desperate to be seen?

According to Diane Midddlebrook’s book, Suits Me: The Double Life of Billy Tipton (quoted in the April 2013 issue of Allegro, the magazine of the NYC musicians’ union AFM Local 802), Tipton did not make a serious effort to become a recording star. He mainly earned his living playing dance music of the kind popularized by small jazz ensembles in the 1930s and 1940s. At his best, he sounded like Benny Goodman’s piano player Teddy Wilson. He studied Wilson’s recordings until he could imitate Wilson’s style, and later, when he had a small group of his own, adopted the Goodman quartet’s Flying Home as a theme song.

“At the peak of Tipton’s career, every successful small-time musician was to some extent a skilled impersonator. Tipton’s trio often performed Exactly Like You, made famous by Louis Armstrong. Tipton caught the multiple meanings of this clever title early in her career as a musician and improvised on it for the rest of her life, in undetected drag. Playing a sequence of roles historically reserved for the ‘opposite sex’, Tipton demonstrated by her accomplishment that gender, unlike sex, is in large part a performance: she was the actor, he was the role. And if her first act of cross-dressing was a brilliant, problem-solving prank, she quickly found that being taken for a man provided access to almost everything she wanted – music, travel, the love of adventurous and caretaking women.”

A full version of this story will appear in The WholeNote September 2020 issue.