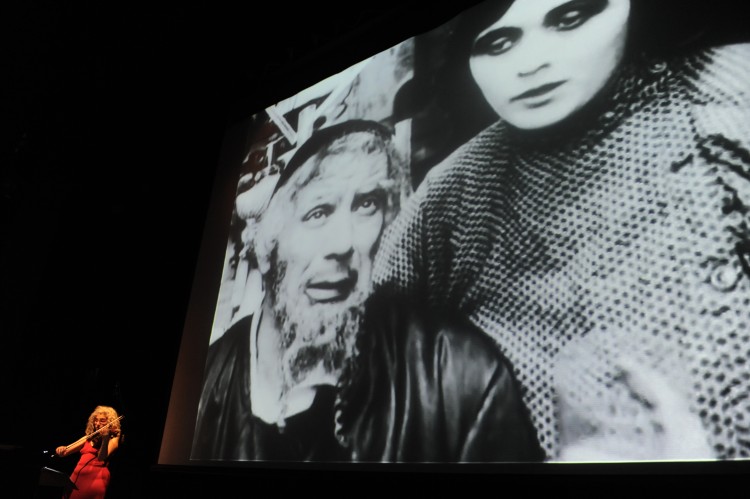 “When I see the interiors of the film, I smell the apartment of my great-grandmother [who emigrated from Odessa]... It’s a magic, rare, strange, mysterious, fascinating little item. It’s like photos of my great-grandparents come to life.”
— Alicia Svigals 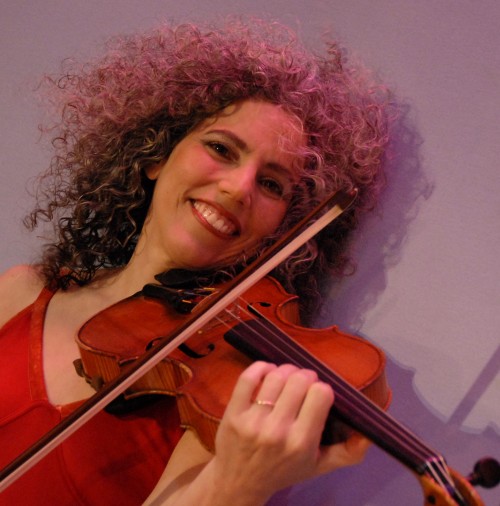 Svigals, the renowned klezmer violinist/vocalist/composer is referring to The Yellow Ticket, a silent film made 100 years ago which will be screened at FirstOntario Performing Arts Centre in St. Catharines on February 7. But this is no mere revival of a rare artifact. “The Yellow Ticket” is a multimedia event featuring a fascinating 1918 silent film, The Yellow Ticket (aka The Devil’s Pawn). Svigals’ original score breathes new life into the film as it is performed live by the violinist along with virtuoso Toronto pianist, Marilyn Lerner.

Considered by many to be the world’s foremost klezmer fiddler, Svigals is a founder of the Klezmatics and a driving force behind the klezmer music revival. The film, directed by Victor Janson and Eugen Illès, was a very early production of the legendary German film company UFA-Pagu, and made near the end of WWI on the eve of the Russian Revolution. Starring a young Pola Negri (later to become a femme fatale of the silent era in Hollywood), The Yellow Ticket tells the story of a young Jewish woman from a Polish shtetl who is constrained by antisemitic restrictions to lead a double life in a brothel while attempting to study medicine in Tsarist Russia. The first film to explore antisemitism in Tsarist Russia, The Yellow Ticket (which was restored in 2013), includes precious footage of the former Jewish quarter of Warsaw and the people who once lived there.

Remarkable for its time, The Yellow Ticket addresses ethnic and religious discrimination, human trafficking and poverty in startlingly progressive terms. Its clear-eyed denunciation of antisemitism caused the Nazis to condemn Negri in the years to come.

According to Michal Oleszczyk of rogerebert.com, Pola Negri (née Apolonia Chałupiec), the only Polish actress ever to become a major Hollywood star, lived a life as exciting as the movies she graced with her presence. Born in the small Polish town of Lipno in 1894 (while the country was still under a triple occupation by its neighbours), she climbed her way up: first to the theatre stages of Warsaw and then to the budding movie business. After a successful crossover to the much more sophisticated German film industry – and a happy pairing with its finest director, Ernst Lubitsch – she starred in the international smash-hit, Madame Dubarry (1919). It was Lubitsch’s ticket to Hollywood – as well as Negri’s.

“I believe this accompaniment to The Yellow Ticket is one of the most powerful I have heard. It evokes not only a sense of the contemporary context of the culture in which the film took place, but our awareness of what was done to it afterwards. The sound of piano, violin and the human voice evoke passion, energy and a profound sense of mourning, bridging the historical distance between us and this film as eloquently as does Pola Negri’s extraordinary face.”
- University of Chicago film scholar Tom Gunning

FirstOntario Performing Arts Centre is only one stop along a whirlwind tour of Southern Ontario. Svigals and Lerner will also be accompanying the film in Burlington on February 8 and in Oakville, February 16. In between, on February 9, the “queen of klezmer” gives a recital at the Isabel Bader Centre for the Performing Arts in Kingston.