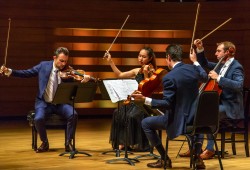 The seasonal musical oasis known as Toronto Summer Music (TSM) began its 13th edition on July 12 with a sumptuous performance by the Escher Quartet, warmly received by the Koerner Hall audience. The Eschers replaced the originally scheduled Borodin Quartet, forced by illness to cancel a few weeks ago. As a nod to the legendary quartet’s original program, the Eschers retained Tchaikovsky’s String Quartet No.1 in D Major, Op.11 and switched out Shostakovich’s Eighth for his String Quartet No.9 in E-flat Major, Op.117.

The evening opened with Schumann’s String Quartet No.1 in A Minor, Op.41, its bittersweet introduction immediately displaying the group’s purity of sound. The Eschers’ musical clarity evinced a lovely transparency as the piece moved into post-Beethoven territory, its lyrical development balanced by short dynamic outbursts. Their ardent playing expressed the tenderness of the third movement Adagio as confidently as it did the effervescence of the concluding Presto.

Cellist Brook Speltz introduced the Shostakovich as “a piece we believe in very much ... each time we play it, we feel we go deeper into it,” adding: “It’s somewhat of a dream to be here replacing the Borodin Quartet.” The Eschers’ cohesion revealed intricacies of Shostakovich’s sound world in the opening movement, exposing the lush lyricism of the second and the sprightly bouncing tune of the third; the stark opening of the fourth and subsequent warm chords led into the exuberant tour de force they made of the finale.

Inspired by Dutch graphic artist M.C. Escher’s method of interplay between individual components working together to form a whole, the young American quartet (whose members also include violinist Danbi Um and violist Pierre Lapointe) took the artist’s name when they formed in 2005. The level of their ensemble playing is proof of the aptness of their choice. 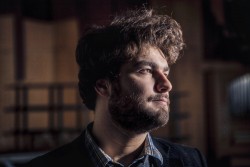 This year’s edition of TSM – Reflections of Wartime – commemorates the 100th anniversary of the end of World War I by focusing on works written during, or inspired by, wartime. Two pieces in the July 13 Walter Hall concert headed by pianist Lukas Geniušas met those criteria: Prokofiev’s Piano Sonata No.7 in B-flat Major, Op.83 “Stalingrad” – the middle of the composer’s three “war sonatas” – and Shostakovich’s Piano Quintet in G Minor, Op.57. Written in 1942 in Georgia, where Prokofiev had been evacuated during Hitler’s invasion of the Soviet Union, the sonata was inspired by the outrage of WWII. The 28-year-old Geniušas, runner-up in the most recent Tchaikovsky Competition, showed off a quick and subtle rhythmic dexterity, playing stark chords and fiery chopped-up runs with alacrity in the opening movement while conveying the world-gone-awry nature of the finale’s jagged syncopations with a well-conveyed sense of the architecture of the piece. Geniušas opened the program with Rachmaninoff’s Preludes, Op.32 Nos.9-13, where he put his broad tone to good use, conveying the composer’s melodic gifts in spacious chords and Romantic flourishes.

After intermission, Geniušas was joined by the Escher Quartet’s Adam Barnett Hart (violin), Pierre Lapointe (viola) and Brook Speltz (cello) alongside TSM artistic director Jonathan Crow (on second violin) for a superb performance of Shostakovich’s Piano Quintet, written in 1940 under the lengthening shadow of the Second World War. Shostakovich wrote the piano part for himself; it’s well worth checking out his passionate recording with the Beethoven Quartet (with whom he premiered the piece in 1940).

Geniušas and company matched that historic recording’s passion from the emphatic piano introduction to the unison strings, from the exposed violin’s first utterance of the second movement’s fugue to its exquisite heartfelt ending, from the oafish buffoonery of the Scherzo to the touch of melancholia in the Intermezzo. The Finale, with its march-like militarism that devolves into a charming lilting tune before a jaunty recapitulation, brought the evening to a jubilant close, bringing most of the capacity crowd to their feet. 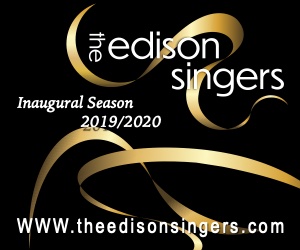