In December 2006 Cynthia Steljes, co-founder of Quartetto Gelato, died after a short but intense battle with an asbestos-related form of lung cancer. After a two-year period of reconstruction, now with two new members, and with the next two seasons planned, including an autumn 2009 Asian tour, the ensemble has been re-incarnated. Its other co-founder, violinist, tenor and Cynthia’s widower, Peter DeSotto, brings continuity; and management is provided by entrepreneur and graphic designer Darlene Kulig. The group celebrates its rebirth with CD launch concerts at the National Gallery of Canada in Ottawa on March 19 and at Toronto’s Glenn Gould Studio on March 21.

Allan Pulker talked to Peter in mid February about the ensemble, its meteoric ascent, the tragic loss of Cynthia, its members, way of working and the new CD and concert.

Allan: How did you find the strength and the will to keep going after Cynthia’s death? It was a devastating loss, for you as her husband, of course, but also for the other members of the quartet as well.

Peter: I have a lot of trouble talking about it. Cynthia was a real sweetie. But I made a commitment to her that I would keep the group going; and it’s also a commitment to myself as an artist. This is what makes life worthwhile.

The cities are Toronto and Los Angeles; the orchestras are the Niagara Symphony, the Scarborough Philharmonic, Sinfonia Toronto and the New American Orchestra; the flutist is Louise Di Tullio, and her nephew is Toronto composer and teacher, Ron Royer.

Let’s start with the flutist. You have probably never heard of Louise Di Tullio, but if you ever watch American movies you are almost sure to have heard her play. Since she began playing professionally in 1958 Ms. Di Tullio has been the flutist or principal flutist in at least 1200 films. She has played the music of all the great American film composers – Jerry Goldsmith, John Williams, Henry Mancini, David Rose, John Barry, Danny Elfman – the list goes on and on.

She was born into a family of musicians in Los Angeles, and grew up in a highly cultivated musical milieu. Her father and three uncles were all members of the Los Angeles Philharmonic’s string section as young men. Father, Joseph Di Tullio, and his brother-in-law Kurt Reher later became first stand partners in the cello section of the 20th Century Fox orchestra. Reher later returned to the L.A Philharmonic as the principal cellist.

Read more: Two Cities, Four Orchestras, a Flutist and her Nephew
Page 21 of 21 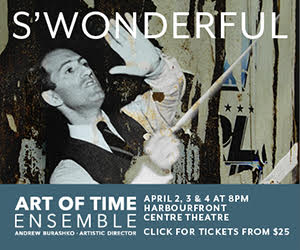