Escape the February doldrums and get a taste of spring! The National Arts Centre Orchestra is planting musical seeds with its February 23 concert at Roy Thomson Hall by making Schumann’s Symphony No.1 “Spring” the program’s centrepiece. Two years after he composed it, Schumann sent a letter to the conductor Wilhelm Taubert, in Berlin: “If only you could breathe into your orchestra, when it plays, that longing for spring! It was my main source of inspiration when I wrote the work in February 1841. I should like the very first trumpet call to sound as though proceeding from on high and like a summons to awaken. In the following section of the introduction, let me say, it might be possible to feel the world turning green; perhaps . . . a butterfly fluttering; and in the Allegro the gradual assemblage of everything that belongs to spring. However, it was only after I had completed the composition that these ideas came to my mind.” Before intermission, Jocelyn Morlock’s Cobalt, a concerto for two violins and orchestra, sets the table for French pianist David Fray who joins conductor Alexander Shelley and the NACO for Chopin’s Piano Concerto No.2 with its lyrical Larghetto. Chopin was 19 when he wrote this elegant work.

February is a busy month for the TSO. Brahms’ final work for orchestra (1887), his Double Concerto for Violin and Cello showcases the considerable talents of concertmaster Jonathan Crow and principal cellist Joseph Johnson on February 6, 7 and 9. Conductor Sir Andrew Davis has recorded all nine of Dvořák’s symphonies so we can look forward to an insightful performance of the Czech master’s Sixth Symphony (1880). It may not have the cachet of the Eighth or Ninth, but Dvořák’s inimitable tunefulness is delightful in its own right. And its Brahmsian nature makes a good pairing with the concerto. 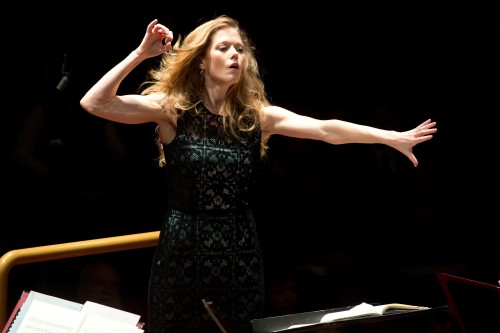 The force of nature that is Barbara Hannigan brings her immersive soprano voice and burgeoning conducting chops to a program that places Haydn’s Symphony No.86 squarely in the middle of a 20th-century mindset (Debussy’s sinewy Syrinx for solo flute and Sibelius’ ominous and icy tone poem for soprano and orchestra, Luonnotar, open the program). From Haydn to Berg brings Hannigan into her comfort zone with the Suite from Lulu. Bill Elliot and Hannigan’s arrangement of Gershwin tunes, Suite from Girl Crazy, brings the February 13 and 14 evening’s entertainment to a rousing finish. The orchestra even joins in to sing the chorus of Embraceable You. 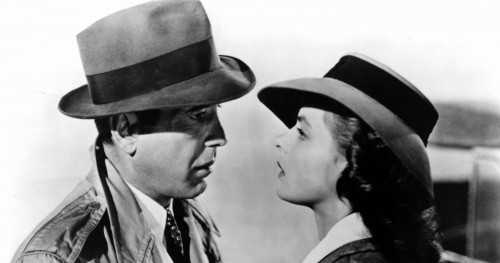 When Casablanca was released in 1942 it marked the beginning a beautiful friendship between moviegoers and this Hollywood classic. Currently No.2 on the American Film Institute’s Greatest Films List, this romantic tale of a cynical American expat/nightclub owner whose idealism triumphs over his broken heart has never lost its lustre – Humphrey Bogart and Ingrid Bergman head the indelible cast. Max Steiner’s score subtly supports the movie’s mood without intruding on the action or the dialogue; but when called upon, as in the Paris flashback, its lush nostalgia rises to the occasion. The Austrian-born composer (his godfather was Richard Strauss) scored more than 300 films, from King Kong and Gone with the Wind to The Treasure of the Sierra Madre. Strategically programmed post-Valentine’s Day on February 15 and 16, the TSO’s live accompaniment to the film will make for a memorable cinematic experience.

February 20 and 21, Seattle Symphony principal guest conductor and music director-designate, Thomas Dausgaard, leads the TSO in Bartók’s Concerto for Orchestra, one of the touchstones of the 20th century. Before intermission, American cellist Alisa Weilerstein brings her intensity and sensitivity to Shostakovich’s profound Cello Concerto No.2.

The Heath Quartet returns to Mooredale Concerts on February 3 following their memorable Toronto debut two years ago. Their program includes Mozart’s Dissonance Quartet (one of his most famous string quartets), Britten’s First String Quartet and Beethoven’s iconic String Quartet No.3, Op.59 No.3 “Razumovsky.”

Celebrated Finnish pianist, 37-year-old Juho Pohjonen – praised by The New York Times for “his effortless brilliance” – appears on the Jane Mallett stage February 5 playing Rameau, Mozart and Beethoven. Even more celebrated are the musicians in Music Toronto’s February 14 recital. After an early Beethoven quartet and a newly commissioned work by Lembit Beecher, the latest incarnation of the legendary Juilliard String Quartet is joined by the illustrious pianist, Marc-André Hamelin, for a performance of Dvořák’s sublime Piano Quintet in A Major, Op.81, one of the greatest piano quintets ever written. Don’t miss this rare opportunity to hear Hamelin play chamber music!

The Royal Conservatory presents rising star, violinist Blake Pouliot, in a free (ticket required) concert in Mazzoleni Hall, February 3. The appealing program includes music by Mozart, Janáček, Kreisler and Saraste. Later in the afternoon of February 3, but in Koerner Hall, RCM presents Charles Richard-Hamelin in a recital of Schumann and Chopin (all four of the sumptuous Ballades). Jan Lisiecki, now almost 24, continues nurturing his international career. His March 3 Koerner Hall concert is sold out but a few rush seats will become available on the day of the performance. Works by Chopin, Schumann, Ravel and Rachmaninoff comprise the challenging program. 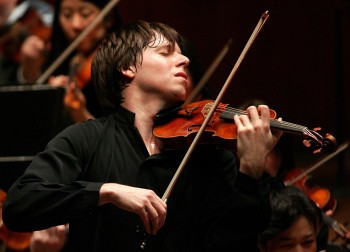 FEB 12, 8PM: Roy Thomson Hall presents acclaimed violinist (and music director of the renowned Academy of St Martin in the Fields) Joshua Bell in recital with pianist Sam Haywood. The program includes sonatas by Beethoven (No.4), Prokofiev (No.2) and Grieg (No.2). The rest of the program (à la Itzhak Perlman) will be announced from the stage.

FEB 22, 7:30PM: Since its formation in 2010 by four graduate students at U of T, the Ton Beau String Quartet “aims to highlight voices of young composers, particularly women composers and composers from under-represented communities.” Their upcoming recital, presented by 3 in the 6ix, features Joaquín Turina’s La Oracion del Torero, Toronto-based Laura Sgroi’s String Quartet No.1 and Debussy’s brilliant String Quartet in G.

FEB 27, 7:30PM: Getting to know Toronto even more since their Mooredale Concerts recital last September, the Calidore String Quartet, currently in residence at U of T’s Faculty of Music, performs Haydn’s String Quartet in F major, Op.77, No.2; Caroline Shaw’s new commission, Entr’acte and First Essay: Nimrod; and Beethoven’s monumental String Quartet in C-sharp Minor, Op.131. Anyone who heard Shaw’s delightful “ballad” Taxidermy, one of several highlights of Sõ Percussion’s 21C Music Festival concert on January 19, needs no urging to hear her piece for string quartet. 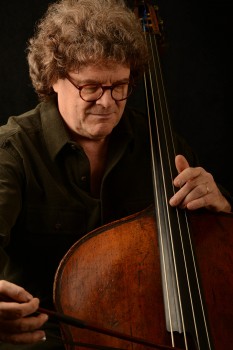