The 2010/11 season marks the beginning of a new era in the history of the Canadian Opera Company: the first season entirely planned by general manager Alexander Neef. Opera productions are scheduled so far ahead that, up till now, Neef had still been completing the plans created by his predecessor, the late Richard Bradshaw. In planning the current season, Neef seems to have looked very carefully over the company’s history to discover which operas were ripe for COC premieres and which were ready for revivals and new productions.

The season opens on October 2 with a new production of Verdi’s Aida. Incredible as it may seem, the COC has not staged this staple of the operatic repertoire since 1986! The fact that the opera premiered in Cairo in 1871 has caused various myths to accrue to it. It’s true that the opera was commissioned by Ismail Pasha, Khedive of Egypt, when Egypt was still part of the Ottoman Empire. It is not true, however, that it was written to celebrate the opening of the Suez Canal (which occurred two years earlier) or to open the Khedivial Opera House (which opened with Verdi’s Rigoletto earlier in 1871), the first opera house on the African continent.

Another myth is that you haven’t seen a “real” Aida unless you’ve seen the Triumphal March of Act 2 with live elephants. It is true that twelve elephants were part of the opera’s world premiere, but except for times when the work is staged as spectacle rather than opera (as in Shanghai in 2000), the only venue that regularly featured elephants in this scene was the outdoor Arena di Verona, seating 30,000. Yet even there, Franco Zeffirelli’s new production in 2002 replaced them with dancers. 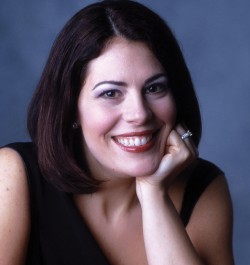 The obsession with elephants and Aida in the popular imagination points to the central difficulty in staging the opera. Despite all the notions of spectacle the opera is in fact an intimate work about the complications of love and power involving only four characters. This is the aspect that director Tim Albery will emphasize. According to the COC, “In approaching Aida, Albery has taken note of how many private, intimate scenes are placed in the context of a society of great power, wealth, expansiveness and nationalism, and has considered how these characteristics are reflected in the societies of our own times. He has set the opera in a luxurious and ostentatious palace in an unspecified war-torn country. The lavish opulence of the surroundings will stand in contrast to the fundamental intimacy of many of the opera’s most important scenes.”

There will be 12 performances from October 2 to November 5. The first six will be sung by Sondra Radvanovsky, an American who lives just outside Toronto and is considered by many as the pre-eminent Verdi soprano of her generation. The second six will be sung by Michele Capalbo, a Canadian now resident in New York and recently hailed by Opera News as “a world-class Aida.” Australian-born tenor Rosario La Spina will sing Radames with American mezzo Jill Grove as Amneris, American Scott Hendricks as Amonasro, and Canadians Phillip Ens and Alain Coulombe as Ramfis and the King of Egypt, respectively.

The second offering of the season is Benjamin Britten’s final opera, Death in Venice (1973), last staged by the COC in 1984. 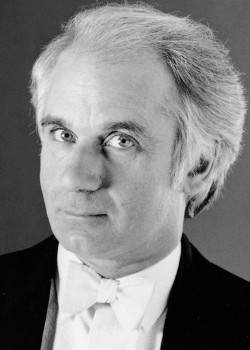 Richard Bradshaw used to refer to the Britten operas he presented as part of the COC’s “Britten series,” and it’s heartening to see that Neef is continuing that notion. Let’s hope this is not the end of it. We’ve never had Owen Wingrave (1970) – and is it too much to hope for Gloriana (1953)?

The COC staging is a co-production with the Aldeburgh Festival and three other opera companies, and its unveiling at Aldeburgh was greeted with rave reviews. As at Aldeburgh, Japanese director Yoshi Oida will helm the production. British tenor Alan Oke, who won great acclaim as Gustav von Aschenbach, the central character, will reprise the role here. And to top it all off, Britten expert Steuart Bedford, who conducted the original production in 1973 at age 34, will conduct. British baritone Peter Savidge will sing The Traveller, a man Aschenbach encounters in many different guises in Venice, and British counter-tenor William Tower will sing Apollo. Canadian Adam Sergison will play Tadzio, the boy who becomes the symbol of youth and creativity that Aschenbach feels he has lost. To increase the sense of difference and unattainability, Britten envisioned Tadzio as a non-singing dancer. The opera runs from October 16 to November 6, 2010. For tickets or more information for both Aida and Death in Venice, see www.coc.ca.