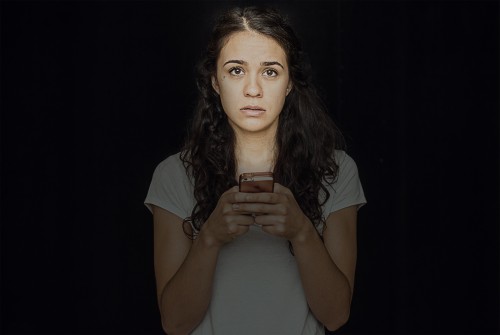 Michael Mori, artistic director of Tapestry Opera has said that his goal for the company is to present one new Canadian opera per year. This year Tapestry is presenting two. The first is Hook Up with music by Chris Thornborrow to a libretto by Julie Tepperman running January 29 to February 9. The second is Shanawdithit with music by Dean Burry to a libretto by Yvette Nolan running May 16 to 25. Since Hook Up will be playing through almost a third of February, I spoke with its creators about how the project came to be and what it concerns.

Tepperman points out that when Hook Up officially opens on January 30, it will mark five and a half years that she and Thornborrow have been working on it. Thornborrow and Tepperman met at Tapestry’s renowned LibLab (Composer-Librettist Laboratory) that brings eight composers and eight playwrights together to create ten-minute operas. These sometimes become the seeds of full-length works.

That is exactly what happened when Tepperman and Thornborrow met. As Thornborrow says, “The seed scene was about online bullying and slut-shaming at the time we were looking to tell a story that involves young people and women and a topic that was in the news quite a lot.”

Tepperman says that “At LibLab we bonded over our both having worked with youth in schools and communities. Young women on both sides of Canada had recently committed suicide due to online bullying because of a sexual assault becoming public. Initially we were thinking of maybe a grade 7, 8, 9 audience and Tapestry was looking for an opera to tour schools. The seed scene was mostly filled with humour with the potential to go darker, which is where we eventually went with it.”

The final result is very serious in intent. Tepperman explains: “This is an opera that explores sexual assault and consent in the context of rape culture in a university setting, and though we are focusing on a university setting we realize today that these issues are widespread throughout society far beyond the university campus.”

“The opera follows three young people who enter university and have the chance to explore their sexuality but for them these are uncharted waters, and they are not prepared for the pressures of partying, drinking and having sex, or for the consequences.”

I ask whether there is a paradox here: a hook-up culture on campus where students have sex with no strings attached; and a culture of consent and shaming where sex turns out to have all kinds of strings attached. Both replied. “Within the context of our story we explore this in different ways,” Thornborrow says. “Two of the young people are already in a monogamous relationship, but being in university away from the guardianship of their parents they are free to have sex whenever they want – except that the woman begins to question whether that is all there is. She wonders if they are just turning into their parents. The problem comes with the pressure to drink and how that affects a person’s moral compass and the ability to make informed decisions. So we are questioning hook-up culture and the pressures on teens at university campuses.” 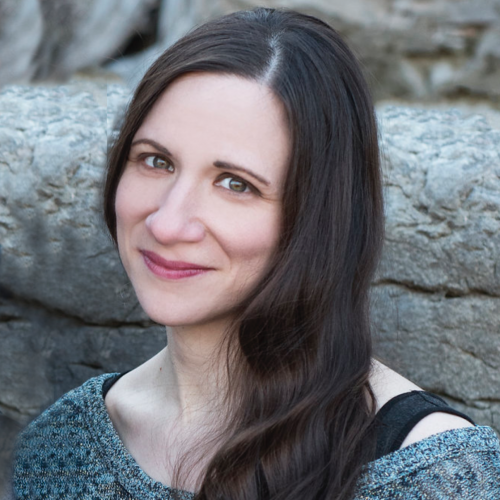 Tepperman continues: “At the same time we’ve been very careful that this opera does not become simply a lesson or a brochure; we intentionally end in a place where there are more questions than answers. Hopefully that will spur further conversation. So from the very beginning Tapestry has been interested in engaging professionals who deal with these issues and will be present for talkbacks after performances. This is not about victims and perpetrators but whether any piece of art can contribute to a larger conversation.”

Why choose opera as the medium to tell this story? I ask. Thornborrow answers: “For me as a composer it is just the impulse to tell stories through music, and I feel opera is a really powerful medium to tell stories of high stakes. At the same time the aesthetic of this opera is not according to traditional opera. We’re doing this in a small theatre; we’re using microphones; the instrumentation is a drum set and piano; and it moves at a fast clip. People sing usually at the same speed that people would speak, although there are moments that call for full voice. You’re getting dialogue at real-time speed with the explosive power of music, with a fluidity between the sung dialogue and the moments of intense emotion. I think that the music amplifies the stories and the emotions from those stories.”

“Opera suits the new emotional environment that these 17-, 18- and 19-year-olds find themselves in” Tepperman adds. “And the gravity of the libretto really supports the world of the characters. Richard Greenblatt, who has been our dramaturge for the last two and a half years, has kept reminding us ‘Story, story, story’ and ‘clarity of intention.’”

Thornborrow also points to the presence of Greenblatt as dramaturge – he will also direct the opera – as a factor that made composing this opera a unique experience: “For me it’s been rewarding because the composing has happened in such close proximity to the writing. We [Tepperman and I] would get together every couple of weeks and work on a few more minutes of music and another scene of dialogue. I would play what I had written for Richard and was totally open to questions of speed and timing and whether the music was driving the story forward.

So often when you are composing you are all alone, he says. “With Richard, he would ask, ‘Why did you make this choice?’ and it was something I was open to and that I am so grateful for. It was such a different experience than writing a symphony or chamber music or even art songs. It was just extraordinary to get that feedback.” 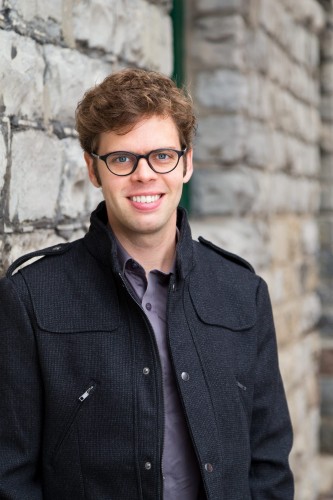 About the five-member cast, Thornborrow says, “We have a mix of musical theatre people and opera singers to achieve the authentic voice and aesthetic of this world. For me the show is a hybrid of opera and music theatre, but people can decide whatever they want to decide.”

Tepperman says: “We had an almost endless audition process but once we chose our cast we made adjustments so that every singer would have moments when their voice could really soar.”

In the cast, soprano Emily Lukasik, who has recently been at the Shaw Festival, plays the main character Mindy. Alicia Ault, who is part of a jazz trio, plays Mindy’s best friend Cindy. In the story, the two friends had hoped to room together, but that was prevented by a mix-up in dorm assignments. Nathan Carroll, best known from musical theatre, plays Tyler, Cindy’s one-and-only boyfriend since Grade 11. Alexis Gordon, best known from musicals at Stratford, and Jeff Lillico, best known from acting for Soulpepper and for musicals with the Musical Stage Company, play all the other characters including professors, Mindy’s parents and various partygoers at a climactic party.

When asked why it took so long for the project to come to fruition, Tepperman answers: “It took five and a half years because the project kept evolving. We had written two separate 90-minutes pieces but after various workshops, we decided to throw them out. Under Richard’s guidance we finally decided exactly the story that we wanted to tell. In fact, we worked four or five months just on the story, so when we started to write we were really clear about what the story was.”

Thornborrow sums up: “Music heightens the emotion of every moment. Whether it is a pedestrian comedic dispute or a devastating revelation, all these moments are heightened by music. These kinds of stories need to be told again and again – first perhaps by theatre companies and now by opera.”

Hook Up had a preview on January 29, opened on January 30 and runs until February 9 at the Theatre Passe Muraille Mainspace. Richard Greenblatt directs and Jennifer Tung conducts.

CONTINUING TO FEB 9: Hook Up, Theatre Passe Muraille, 16 Ryerson Ave. Tapestry Opera presents the world premiere of this opera/music-theatre hybrid about three teenagers’ different experiences of sex and alcohol in their first year at university. The opera explores the issues of consent amidst the pressures to join university hook-up culture.

FEB 3, 2:30PM: VOICEBOX: Opera in Concert presents Fierabras, Jane Mallett Theatre, 27 Front St. E. This is an exceedingly rare chance not only to hear Franz Schubert’s opera written in 1823 (but not staged until 1897), but to hear it with an orchestra of period instruments played by the Aradia Ensemble under Kevin Mallon. The Moorish knight Fierabras, son of the King of Spain, fights against Charlemagne but is in love with his daughter who loves someone else, while in a subplot Fierabras’ sister falls in love with one of Charlemagne’s knights. Sung in German with English surtitles. 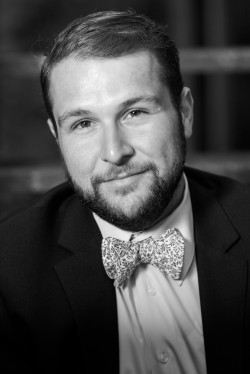 FEB 16, 8PM: Against the Grain Theatre presents (La) voix humaine, Gallery 345, 345 Soraunen Ave. AtG usually presents its operas with a twist and in this case it’s Francis Poulenc’s monodrama for soprano, La voix humaine (1959), with a tenor, Jacques Arsenault as Lui instead of Poulenc’s Elle, confronting his ex-lover over the phone. Topher Mokrzewski is the pianist and Aria Umezawa directs.

Christopher Hoile is a Toronto-based writer on opera and theatre. He can be contacted at opera@thewhoelnote.com.