The creation of new Canadian operas continues apace. April saw the premieres of The Overcoat: A Musical Tailoring by James Rolfe to a libretto by Morris Panych and the premiere of The Ecstasy of Rita Joe by Victor Davies to his own libretto. May will see the premieres of two more new operas that form a stark contrast in terms of subject matter, performers and intended audience. The first off the mark is Hockey Noir, the Opera by Quebecois composer André Ristic. The second is The Monkiest King by Hong Kong-born Canadian composer Alice Ping Yee Ho. While at the COC The Nightingale and Other Short Fables, featuring two operas by Igor Stravinsky, continues to May 19, and Anna Bolena by Donizetti continues to May 26, the arrival of these brand-new operas demonstrates how varied and vibrant the opera scene in Toronto has become. 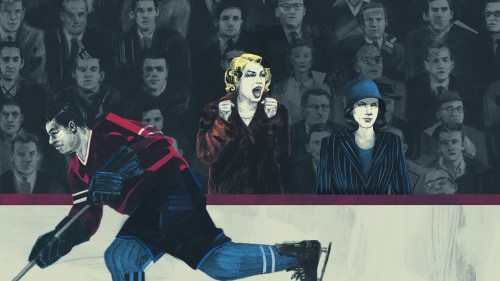 Hockey Noir, the Opera premieres on May 10 with a second performance on May 11. Subtitled “A bilingual chamber opera in 3 periods,” Hockey Noir is the first full-scale opera to be presented by Toronto’s Continuum Contemporary Music. It is co-produced by Ensemble contemporain de Montréal (ECM) and the Toronto Comic Arts Festival. As the title suggests, the opera is an homage to film noir, as well as a portrayal of the perennial Montreal-Toronto rivalry in hockey (which is why the libretto is in both French and English).

The setting is a fictional 1950s Canada during the playoff final between the Montreal Quabs and the Toronto Pine Needles.The action is narrated in voice-over by a Detective Loiseau, who describes the details of his investigation and the goings-on behind the scenes of the playoff series. He observes the backroom schemes of a colourful cast of characters consisting of mobsters, drag queens, hockey stars and femme fatales, whose paths all become entangled.

The plot involves Romanov, the city’s mob boss, who also has the hockey community in his grip, and Madame Lasalle, an irresistible seductress and Romanov’s girlfriend, who is under his thumb but who secretly hopes to take his place. Their problem is Bigowsky, a young hotshot player for the Quabs. Bigowsky is in love with Lasalle and deep in debt to Romanov, who is forcing him to lose the series so that Romanov will win his wager on the Pine Needles. To escape Romanov’s clutches, Bigowsky disappears, disguises himself as a female groupie for the Quabs and prowls around the stands encouraging and coaching his friend and teammate, winger Guy Lafeuille, a hockey veteran who wants to end his career on a high note by winning the cup.

The opera came about after Continuum commissioned 3 Environments by André Ristic in September 2015. At that time, artistic director Ryan Scott discussed the idea of a larger collaboration with Ristic and proposed a remount of the ECM production of Ristic’s first opera with librettist Cecil Castellucci, the highly successful comic book opera, Les Aventures de Madame Merveille (2010). By then, however, Ristic and Castellucci were already at work on the idea of Hockey Noir. 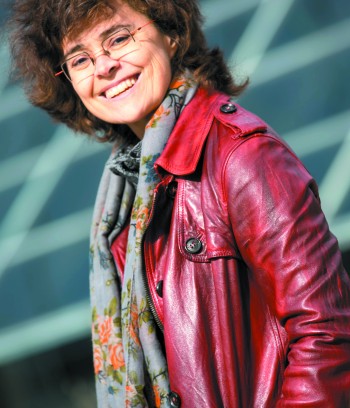 To mount the opera, the four singers, conductor Véronique Lacroix and six ECM musicians (string quartet, percussion and synthesizer) will be onstage. They interact with projections designed by Serge Maheu based on illustrations by Kimberlyn Porter, moving from frozen to animated states, leaping from the giant screen onto the “skating rink” onstage.

Romanov will be sung by baritone Pierre-Étienne Bergeron, Madame Lasalle by mezzo-soprano Marie-Annick Béliveau, Bigowsky by soprano Pascale Beaudin and Lafeuille by tenor Michiel Schrey. All four are familiar with Ristic’s musical style of caricature and his mix of acoustic and electronic instruments because they all appeared in Ristic and Castellucci’s previous opera. Marie-Josée Chartier is the choreographer and stage director.

In complete contrast to Hockey Noir, which is aimed at adults familiar with the various tropes of 1950s film noir, is the other new opera of the month: The Monkiest King, the main opera production of the Canadian Children’s Opera Company, celebrating its 50th anniversary. The opera, commissioned by CCOC artistic director Dean Burry, is by composer Alice Ping Yee Ho and librettist Marjorie Chan, who won the 2013 Dora Award for Outstanding New Opera for their Toronto Masque Theatre commission of The Lessons of Da Ji. After school previews on May 25, the opera will have public performances on May 26 and 27.

The story is based on the Song Dynasty mythological figure of Sun Wukong, the Monkey King. From these beginnings, the Monkey King as a mythological character grew to include Taoist, Buddhist and Hindu influences, spreading outside of China throughout East and Southeast Asia. He has appeared in many forms and adaptations, perhaps most prominently the classic 16th-century novel Journey to the West by Wu Cheng’en. The novel is best known in English under the title Monkey, in the 1942 abridged translation of Arthur Waley. The figure remains prevalent in the modern day, with appearances in Hong Kong action movies and video games. A proud trickster character reminiscent of Raven in First Nations lore or the god Loki in Norse mythology, Sun Wukong rebels against heaven, but ultimately learns humility.

The novel consists of 100 chapters and, in its latest, complete translation by W.J.F. Jenner, is 2346 pages long. In her librettist’s statement, Marjorie Chan writes that she and Ho realized that for an opera intended to be only one hour long, they would have to focus on only the first seven chapters of the novel. She says, “I wanted to steer away from a strict adaptation. I highlighted different parts of the story, changed a few details about characters for more impact, while remaining truthful to the novel’s message. So, instead of the Monkey King, we have the Monkiest King! Part of the joy for me on this project was creating a work for 50 or so diverse performers, from the very young to those out of their teenage years!”

In Chan’s version the story is told within a frame in which a child hides near a stuffed monkey in the Chinese exhibit in a museum and falls asleep. The action is thus the child’s dream. The action begins with the birth of the Monkey King and continues through the displeasure his boasting causes the Jade Emperor, who pursues and imprisons him. He manages to escape and under the guidance of the goddess of mercy, Kwanyin, begins to give up his foolish ways to do good. 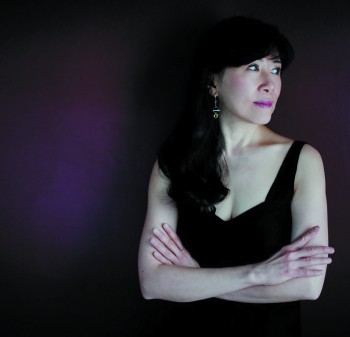 In her composer’s statement, Alice Ho writes, “The opera is written especially to showcase the talents of Canadian Children’s Opera Company: their soloists and six choruses of different ages. The young singers are featured in an abundance of roles, including a number of animal characters, soldiers of heaven, villagers, as well as the forceful Jade Emperor and the benevolent Kwanyin. The combination of Chinese and Western instruments (Western and Chinese woodwinds, erhu, pipa, guzheng, harp, percussion and string quartet) instigates an exotic sound world that depicts both the past and present, life or dream.”

The opera also explores the dramatic and expressive use of languages, Ho explains. “Though primarily sung in English, there are Mandarin songs that were composed to reflect the poetic side and spiritual philosophy of ancient Chinese culture. The occasional injection of Mandarin words and Cantonese slang also highlights the authenticity of Chinese folk culture. As a Canadian-Chinese composer, I hope this new opera will inspire and educate child performers with the magic of music and drama in a different cultural context. Taking a fresh look at Chinese folk mythology, The Monkiest King will bring new energy to a ‘cross-cultural’ children’s opera, bringing something exuberant and challenging to a diversified music community. It is a dream project for me to bring this mischievous good-natured character to life in a contemporary children’s opera setting.”

Unlike many previous CCOC operas, The Monkiest King will feature no adult singers. The only adult performer will be Yi Xi, a dancer from Toronto’s Little Pear Garden Dance Company (LPGDC). Stage direction will be by Nina Lee Aquino, choreography by LPGDC artistic director Emily Cheung and music direction by Teri Dunn. The production promises fun and challenges to all!