Dedicated Toronto operagoers know that operatic activity in Toronto is not confined to the city’s two largest companies, the Canadian Opera Company and Opera Atelier. Numerous smaller companies have helped make the opera scene in Toronto one of the most diverse in North America. There is therefore a pang of sadness whenever one of these companies ceases operations, as did Queen of Puddings Music Theatre in 2013 and as will Toronto Masque Theatre in 2018. Some may have seen on the website for TrypTych Concert & Opera that co-artistic directors Edward Franko and Lenard Whiting will be leaving Toronto and moving to Kenora. To find out more about the history of TrypTych and how the move will affect the company, I interviewed Franko and Whiting last month.

TrypTych was founded in the early fall of 1999 by Franko, Whiting and William Shookhoff. Franko had been working with Nina Scott-Stoddart’s company Opera Anonymous. As Franko says, “The three of us all got together and thought that we should do something together and utilize all our different skills and decided that with the three heads of the beast and the famous Il Trittico [by Puccini] we could convert that to TrypTych and just change the spelling.”

Then, about ten years ago Shookhoff had to pull out of TrypTych due to health reasons, leaving Franko to do the opera side of the productions and Whiting the choral side. But the TrypTych name stuck. (As it happened, Shookhoff recovered and founded his own company, Opera By Request.)

Franko emphasizes: “We were very strong at the beginning about not just being an opera company. We felt that we didn’t want to be beholden to opera even though all three of us had a very strong connection to opera. We were also working with singers from a lot of different musical backgrounds. We thought that singing as a whole isn’t just opera – you have to be able to fit into a lot of categories. That’s why we did cabarets that featured music like jazz, pop and rock and quite a wide range of things. Then we had the classical oratorio side and tried to do some things that aren’t done a lot like Dubois’ Seven Last Words, Gounod’s Messe solennelle, Saint-Saëns’ Mass for Four Voices and even the Widor Mass.”

Whiting explained the reason for this dual focus: “This is part of the reality of what Canadian singers really have to be exposed to. There’s a handful that find a really wonderful opportunity in opera, but if you don’t happen to break into that market you’ve got to find other ways to present yourself and to be diverse.” 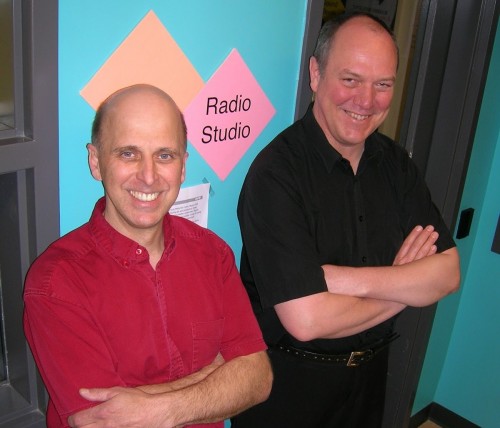 TrypTych has presented quite a number of seldom-heard operas over the past 18 seasons, such as Marcel Mihalovici’s Krapp, ou la dernière bande (1961), Hugo Weisgall’s The Stronger (1952), Jack Beeson’s Sorry, Wrong Number (1996), Menotti’s The Saint of Bleecker Street (1954), Quenten Doolittle’s Boiler Room Suite (1989) and the Canadian stage premiere of Verdi’s Oberto (1839).

Franko adds: “One of the big things we’ve been really happy with over the last five years has been our relationship with conductor Norman Reintamm and the Cathedral Bluffs Symphony Orchestra, doing fully staged opera with a 60-piece orchestra at the 600-seat P.C. Ho Theatre in Scarborough. In fact, our shows get the best houses of all their concerts. We’ve done all three parts of Il Trittico now and two one-act operas last year. This December for the first time we’re doing a full-length opera, Hansel and Gretel, with the big orchestra, a children’s chorus and Lenard as the Witch with an LED screen for backdrops.

“A lot of the opportunities that opera school graduates get is singing opera in concert, which is great, but we and the CBSO give them a chance to incorporate all aspects of the art – singing, acting and movement on stage – with a full orchestra. Young people don’t get that chance very often.”

Toronto operagoers will be relieved to hear Franko affirm that “Even after we move north we’re keeping a connection with the CBSO and TrypTych so we’ll be able to do at least one production a year even though we’re far away.” Whiting has renovated the basement of their Toronto base at Trinity Presbyterian Church into a combined rehearsal space and concert/performance space for 125 people, “so there will be no need to rent since we already have space and a good working relationship all round.”

The main reason for choosing Kenora for their move is that is where Whiting is from. As Franko says, “We have a home up there on an island in Lake of the Woods and Lenard has been going back every year so that we now know lots of people in the community.”

Franko makes their goal clear: “TrypTych for us has always been a labour of love. We’ve never made money off it. Our goal now is to develop a real thriving arts company in Kenora that can operate all year round but with a summer focus. We want to work with the community and with young people to really develop a community organization. We want to make a great impact in a small place and give them a boost. We’re thinking of it as TrypTych North.”

On October 28 and 29, TrypTych staged the rarity H.M.S. Parliament (1880), in which the Canadian William Henry Fuller wrote a new libretto for Sullivan’s H.M.S. Pinafore (1878) in order to satirize Canadian politics. “This will also be the first staged production we will do in Kenora,” Franko says. That being said, Franko and Whiting have already made plans for their next production in Toronto. “In February 2019 the CBSO and TrypTych will do Donizetti’sThe Elixir of Love. It will be performed in English because we’ve always been ones to make opera more accessible. We love the form and we want to make people more connected with it.”

Asked what some of the highlights were for them in Toronto, they agree that it was the workshops and the world premiere of Canadian composer Andrew Ager’s opera Frankenstein (2010). “It was a wonderful journey for us to work with him and make that piece come alive.”

Franko also lists the Canadian stage premiere of Grigori Frid’s The Diary of Anne Frank (1972), starring Shoshana Friedman. The production was invited to the Three Rings Festival in Prague and was staged in the gorgeous Spanish Synagogue. “It was overwhelming for me as a producer-director to have my work performed there,” Franko says.

For Whiting, highlights include Stanford’s Stabat Mater (1906), with piano and organ reduction, which Whiting calls “just to die for” and the company’s performance of Bach’s St. John Passion where he both conducted and sang the role of the Evangelist.

A huge challenge for Franko personally was both performing and directing himself in The Tell-Tale Heart (2006) for tenor and three cellos by German-born American composer Danny Ashkenasi, based on the tale by Edgar Allen Poe.

But they are not ready to talk about highlights only in the past tense. “We have at least 15 more years of being able to contribute to the arts scene up north in a really vital way,” Whiting says. “We have the energy and the imagination and the experience from working in Toronto, and we think that it’s time to bring our abilities to the people up north.” And when asked when they plan to retire, Franko states, “The artistic soul never retires.”