It used to be that come June Ontarians had to leave the province to seek opera performances elsewhere. That’s not the case this summer which is surprisingly filled with opera, especially with new ones. 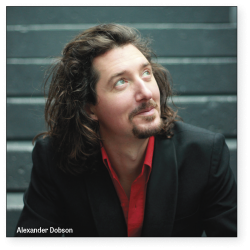 The season begins with a brand new opera festival – the Toronto Festival of Children’s Opera – running May 29 to June 12. The festival includes lectures and symposia and performances of four operas. There is the Adventures of the Magic Tree Fort created by the After School Opera Program; the world premiere of Dean Burry’s latest work, The Sword in the Schoolyard by VIVA! Youth Singers of Toronto; a version of Hansel and Gretel by Shoestring Opera and a remount of Dean Burry’s successful 2004 opera, The Hobbit, presented by the Canadian Children’s Opera Company June 9 to 12 with Giles Tomkins as both Gandalf and Smaug.

The same month Opera 5 concludes its 2015/16 season with an immersive performance of Die Fledermaus (1874) by Johann Strauss, Jr. The operetta is set in the midst of a party going on at 918 Bathurst Street with card playing and alcohol available. Michael Barrett sings Eisenstein, Rachel Krehm is Rosalinde, Julie Ludwig is Adele and Keith Lam is Falke. Patrick Hansen conducts an 11-member ensemble and a 13-member chorus and Aria Umezawa is the stage director. The party featuring dancers and surprise cabaret acts is set for June 8 to 11.

Also in June are three performances by Opera by Request, the company where the singers choose the repertory. First up on June 10 is the rarity La Wally (1892) by Alfredo Catalani. The opera is best known for the aria “Ebben? Ne andrò lontana,” made popular as the stolen recording in the 1981 movie Diva. Sarah Hood sings Wally (a nickname for Walburga), Paul Williamson sings Hagenbach whom Wally loves and Michael Robert-Broder sings Gellner who also loves Wally. One reason the opera is seldom produced is that it ends in an avalanche, but that will be no problem for Opera by Request since the work is presented in concert.

OBR’s final offering on June 25 is Verdi’s Aida (1871). Carrie Gray will sing the title role, Paul Williamson will sing Aida’s beloved Radames and Ramona Carmelly will sing the jealous Amneris. For all three operas in concert, the tireless William Shookhoff will provide the piano accompaniment.

June 26 will see the first production of the mysterious Confidential Opera Project. In a unique arrangement, COP co-creators Marion Abbott and Gregory Finney choose and cast an opera and distribute the scores to the cast with the proviso that they keep the opera a secret. With no rehearsals, the cast and music director meet for the first time on the night of the performance and start the opera. The audience shows up without knowing what opera they’re going to see. The challenge for the performers is to create an ensemble on their feet in front of an audience. In his COP blog, Finney revealed this much: “Our first show, like all the ones we have planned after, is a beloved part of the Opera canon and let me tell you this: each and every one will leave you thrilled, awed and amazed!”

Farther afield the Westben Arts Festival in Campbellford is presenting the world premiere of The Pencil Salesman with both music and libretto by Brian Finley. The fully staged opera concerns Boris Ball, the patriarch of a family of inventors. While he lives in his glory days when he invented the Personal Touch Typewriter, it takes a pencil salesman to bring him into the present to get to know his own granddaughter. Among the eight-member cast, John Fanning plays Boris, Donna Bennett his wife Rose and Alexander Dobson the Pencil Salesman. Daniel Warren conducts a chamber orchestra; stage direction is by Michael Mori, artistic director of Tapestry Opera. The opera runs June 25, 26 and July 1, 2 and 3. There are also a series of workshops and vocal intensives connected with the opera.

Moving on to July, opera returns to Toronto Summer Music in the form of The Rape of Lucretia (1946) by Benjamin Britten on July 22. This, the first of Britten’s chamber operas, is based on a French play by André Obey, which gave the librettist Ronald Duncan the idea of having the story narrated by a Male and a Female Chorus who interpret the action from a Christian point of view. Set in Rome circa 500 BC the opera focuses on Lucretia, wife of Junius Brutus, who, after being raped by Tarquinius, chooses suicide rather than a life of dishonour.

The production, co-produced by Against the Grain Theatre and the Canadian Opera Company at the Winter Garden Theatre, features Emma Char as Lucretia, Iain MacNeil as Tarquinius, Owen McCausland as the Male Chorus and Chelsea Rus as the Female Chorus. Topher Mokrzewski conducts a 13-member ensemble and Anna Theodosakis directs. 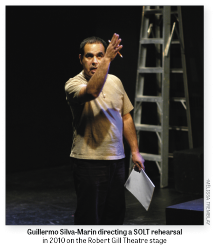 The end of July and beginning of August is the time of the productions of the Summer Opera Lyric Theatre, founded and directed by Guillermo Silva-Marin and this year celebrating its 30th anniversary. SOLT presents fully staged operas with piano accompaniment at the intimate Robert Gill Theatre at the University of Toronto. On July 30 and August 2, 4 and 7, it presents The Tales of Hoffmann (1881) by Jacques Offenbach. On July 30 and August 3 and 5, it presents Handel’s Giulio Cesare (1724).

On July 29 and 31 and on August 6, as part of its anniversary celebrations, SOLT presents its first-ever world premiere, A Tale of Two Cities with music by Victor Davies to a libretto by Eugene Benson. Based on Charles Dickens’ 1859 novel of the same name, the opera concerns Charles Darnay, an exiled French aristocrat, and Sydney Carton, a disreputable but brilliant English lawyer, who become enmeshed through their love for Lucie Manette and drawn against their will to Paris at the height of the Reign of Terror.

Davies and Benson informed me that they began the piece as a musical before they became occupied with the operetta Earnest, The Importance of Being that Toronto Operetta Theatre premiered in 2008. They returned to the work and reshaped it as a grand opera with a large-scale scenes at a ball and in the courtroom. As Davies says, “The stuff of opera was always there, with the vocal requirements, high lyricism and large dramatic gesture.” Though the SOLT production will use only piano accompaniment, Davies says that an audience will easily be able to imagine the orchestral sound he intends. Michael Rose is the music director and Guillermo Silva-Marin the stage director.

In August the SummerWorks festival will include the opera Mr. Shi and His Lover by Njo Kong Kie, his fourth opera to appear at the festival. The most recent was the well-received Señorita Mundo in 2009. Mr. Shi and His Lover, commissioned by the Macau Experimental Theatre in 2013, is based on the same real-life story that inspired the play M. Butterfly (1988) about a Chinese opera performer and his French Diplomat lover who believed him to be a woman. Jordan Cheng from Macau and Po Jen Chen from Taiwan sing the two roles. The composer conducts an ensemble of piano, marimba and Chinese percussion and Johnny Tam from Macau will direct. The work running from August 5 to 13 is sung in Mandarin with English surtitles.