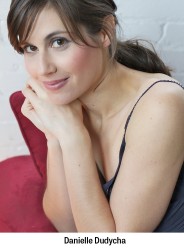 This month the Canadian Opera Company embarks on a season of greatest hits with operas (and even three productions of operas) that it has presented before. Over-familiarity, however, is not a danger, with many renowned singers making their COC debuts.

The COC opens the season with a new production of Verdi’s Falstaff directed by Canadian Robert Carsen, already acclaimed at the Royal Opera Covent Garden in 2012 and at the Metropolitan Opera in 2013 (which broadcast it live in December that year). Canadian baritone Gerald Finley returns to the COC for the first time in 20 years to sing the title role. The all-Canadian cast includes Simone Osborne as Nannetta, Frédéric Antoun as her lover Fenton, Russell Braun as Ford, Marie-Nicole Lemieux as Mistress Quickly and Lauren Segal as Meg Page. Johannes Debus conducts. Falstaff has seven performances from October 3 to November 1.

Running in repertory with Falstaff will be Puccini’s ever-popular Madama Butterfly in the timeless production created by Brian Macdonald and Susan Benson for the COC in 1990. The production plays from October 10 to 31. The 12-performance run conducted by Patrick Lange will necessitate the use of two casts of principals. Sopranos Patricia Racette and Kelly Kaduce, both making their COC debuts, will alternate in the role of Cio-Cio San. Tenors Stefano Secco and Andrea Carè, also both making their COC debuts, will alternate as Pinkerton. As Sharpless, Dwayne Croft, making his COC debut, will alternate with Canadian Gregory Dahl, while Elizabeth DeShong returns to sing Suzuki in all performances. The singers’ scheduled appearances are listed on the COC’s Butterfly page.

Czech Gem by Request: For operagoers seeking more unusual fare, one of Toronto’s smaller companies, Opera by Request, has come up with a real gem – the Canadian premiere of Antonín Dvořák’s Jakobín in the composer’s final version of 1898. Czech opera used to be a staple at the COC under Richard Bradshaw, but the company has not staged a Czech opera since Dvořák’s Rusalka in the 2008/09 season. That production was the fulfillment of a vow that Bradshaw had made to COC co-founder Nicholas Goldschmidt to stage the beloved work, but, sadly, both had passed away by the time the production premiered.

Jakobín is the seventh of Dvořák’s 12 operas. Rusalka is the one opera by Dvořák to join the repertoire outside of the Czech Republic, but according to John Holland, an expert in Czech opera and co-founder of the Canadian Institute for Czech Music, many Czechs regard Jakobín not only as Dvořák’s greatest opera but also as the most Czech of all his operas. The reason for this is that the opera is set in a Czech village and is permeated with the influence of Czech folksong and dance. In that way Jakobín follows in the tradition of Bedřich Smetana’s ever-popular The Bartered Bride (1866), the first Czech opera to enter the international repertoire. 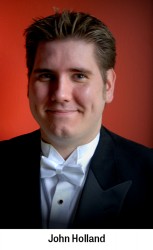 The story of Jakobín, however, is quite different from that of Smetana’s opera. The piece is set in a small Bohemian village in 1794. The date is significant because the action shows how the events of the French Revolution, then ongoing, have repercussions in faraway Bohemia. We meet the elderly Count Vilém of Harasov, who is about to hand over his power and property to his wicked nephew, Adolf. The nephew has convinced the count that his son, Bohuš, who has been living in Paris and is sympathetic to progressive social policies, is in actuality a Jacobin, the name given to supporters of the French Revolution. The fact that Bohuš has a French wife (Julie) makes him even more suspect. The result is that when Bohuš returns home, the count disinherits him. How the falsehoods about Bohuš and Julie are discovered and how the count is reconciled with them form the main thrust of the action.

In the subplot, the count’s self-important burgrave (or châtelain) Filip pays unwanted attentions to Terinka, the daughter of the village choirmaster Benda. Terinka is in love with the gamekeeper Jiří, who helps her fend off the nasty Filip. In a review of a revival of Jakobín at the Buxton Festival this summer, critic Mark Pullinger noted, “Part of the opera’s charm involves a semi-autobiographical portrait; there are parallels between Jiří, the young gamekeeper, and Dvořák himself. Benda, the kindly schoolmaster, could easily have been modelled on Antonín Liehmann, who taught Dvořák the rudiments of music and also – perhaps not without coincidence – had a daughter named Terinka, with whom Dvořák sang in the choir.” Critic George Hall, commenting on the same production, noted that the strengths of the story lie in “its emphasis on a community holding on to its values at a time of wider social upheaval, and a second commentary on music’s ability to bind people together.”

The fact that music binds people together is evident not just in the opera but in how the Czech community has come together in supporting this production of Jakobín. Opera by Request is a small company where the singers choose the repertoire for performances in concert with piano accompaniment. Three of the singers in Jakobín had previously performed in OBR’s production of Leoš Janáček’s Jenůfa last year. They wanted to do another Czech opera, perhaps another Janáček work. John Holland suggested that they do something more unusual since, as it so happens, 2014 is designated as “The Year of Czech Music.” His choice was Jakobín, an opera never before staged in Canada and staged only once before in North America. Holland points out that Jakobín contains a wonderfully patriotic duet in Act 2, very appropriate to the émigré Czech community, about how Czech music has sustained them as they have wandered in foreign lands.

From the beginning Holland’s desire was to have the performance be bigger than the presenter’s usual opera in concert. The Czech Consulate, Czech Ministry of Culture and members of the Czech community lent their support to the project. Holland received a grant from the Ontario Arts Council to expand the accompaniment from a piano to a chamber orchestra, thus giving William Shookhoff, OBR’s indefatigable accompanist, the chance to conduct. The singers will be off-book and interact under the stage direction of Holland. The production is billed as “semi-staged” since there will be no set or costumes, but there will be both an adult and a children’s chorus as the score requires. And, while the opera will be sung in Czech, there will be English surtitles.

The cast includes baritone Andrew Tees as the Count, baritone Michael Robert-Broder as Bohuš, soprano Michele Cusson as Julie, bass-baritone Domenico Sanfilippo as Adolf, baritone John Holland as Filip, tenor Lenard Whiting as Benda, soprano Danielle Dudycha as Terinka and tenor Ryan Harper as Jiří. The single performance will take place October 24 at Trinity-St. Paul’s Centre. One can phone 647-969-3498 for more information or visit the website of the Canadian Institute for Czech Music at canczechmusic.ca.

Other rarities: While Jakobín, as a Canadian premiere, may be the principal rarity of October, there are performances of other rarities on hand to enliven the month. Opera by Request is also presenting a concert performance of Hamlet (1868) by Ambroise Thomas in Toronto on October 10 at the College St. United Church after performances in Montreal and Point-Claire, Quebec, earlier in the month. Simon Chaussee is the Prince of Denmark, Gerda Findeisen is Ophelia, Ioanna Touliatu is Gertrude, Norman Brown is Claudius, Danny LeClerc is Laërtes, Gianmarco Segato is Horatio and Simon Chalifoux is Polonius. William Shookhoff serves as pianist and music director.

Last, but certainly not least, Opera Atelier presents its first full-scale opera by Handel in the form of his Alcina from 1735. The opera runs from October 23 to November 1 and as usual is directed by Marshall Pynkoski and choreographed by Jeannette Lajeunnesse-Zingg, with David Fallis conducting the Tafelmusik Baroque Orchestra. The story from Ludovico Ariosto’s epic poem Orlando furioso (1532) concerns the Circe-like sorceress Alcina who lives in a magical world composed of the souls of her past lovers. The question is whether the Christian knight Ruggiero can resist her enchantments to set these souls free.

The cast is made up of singers familiar from previous OA productions. Meghan Lindsay, who sang Agathe in OA’s Der Freischütz, returns to sing the title role. Allyson McHardy sings the trousers role of Ruggiero and Wallis Giunta is Ruggiero’s beloved Bradamante. They are joined by Mireille Asselin, Krešimir Špicer and Olivier Laquerre.