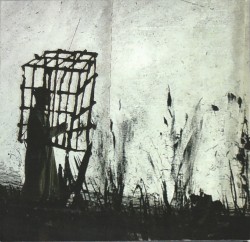 The Boy In The Bubble

Especially creative Goldsmith arrangements include Love in Vain (Robert Johnson) where the achingly bluesy vocal by Peyroux is surrounded by Ravelian piano chords, Hendrix-like electric guitar from Rob Piltch, and eventually, dissonant high strings that capture the song’s despair. Another one I like is of Radiohead’s Exit Music (For A Film), sung effectively by Mitchell, who at one point descends unexpectedly into a very low register. The classically based arrangement for piano and strings includes scintillating Chopin-like arpeggios from pianist Burashko, plus familiar high-pitched chords from Der Rosenkavalier at the end. Other songs, with arrangements ranging from traditional to unconventional, include Calling All Angels (Jane Siberry) sung movingly by Hoskins, Sad Song (Lou Reed) with an original vocal interpretation by Slean, and a fine Someone to Watch Over Me (George and Ira Gershwin) by Peyroux.