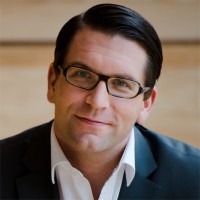 It was an enticing invitation that TIFF proposed: “Prior to the screening of The Death of Maria Malibran, Alexander Neef, the General Director of the Canadian Opera Company, offers a perspective on the use of opera in [Werner] Schroeter’s work, the filmmaker’s relationship to the opera world and the idea of the ‘operatic’ gesture in cinema.” The event at Bell Lightbox on November 25 was part of a retrospective on the late German director known for his über-romantic body of work. The evening began promisingly as Lightbox artistic director Noah Cowan spun the conversation in the direction of Schroeter’s operatic career with the telling observation that Neef (a year before coming to the COC) had been a part of the Paris Opera in 2007 when that company staged Schroeter’s production of Tosca.

“Schroeter was more of a presence [than a director],” Neef recalled. “He seemed quite far removed from earthly proceedings.” Most of the staging was done by his assistants, although Neef added that Schroeter was a little less abstract than in his films because he had to follow the narrative structure Puccini had put in place. Neef observed: “It’s really fascinating how Schroeter uses music,” specifically the Brahms Alto Rhapsody that supports the first 15 minutes of the 1972 film we were about to see.

“I’ve never seen any director find such compelling imagery,” he continued. “He really succeeds in translating music into images. The fascination really comes from the emotional content of music.” He went on to point out that Schroeter’s focus was not to make the narration the focus of his operas, resulting in “what North Americans call Euro trash.”

When Cowan credited TIFF Cinematheque guru James Quandt for noting that when the characters in Maria Malibran weren’t lip-synching but rather engaging in “staring contests,” Neef  jumped right in, calling Quandt’s observation quite perceptive, “as if they were thinking the music.”  Neef then added some context to the film’s erstwhile subject, pointing out that Maria Malibran “is one of the great myths of the opera world who died at 28 in 1836 after a short ten-year career” – from a fall from a horse, not singing herself to death on stage as the film would have us believe. She was one of the first superstars and portrayed one of the first female heroes in 19th century operas, Norma. She also famously sang the tenor part in Rossini’s Otello.

“I’m a big Brahms fan,” Neef said. “Schroeter was a big fan of Maria Callas.” He pointed out that Schroeter’s use of  Puccini’s “O mio babbino caro” by Callas “in bad voice” in Maria Malibran is “really heartbreaking.” Then, all too quickly it seemed after less than 15 minutes, Cowan brought the conversation to a close and the movie began. As one of the large crowd of spectators said at the end of the film: “I would have liked to have known who sang the arias.”

Still, it was a rare opportunity to see this rhapsodic pastiche of scenes influenced by 1960s underground cinema, German romanticism and expressionist silent movies aglow on the big screen. The cast, led by Schroeter muse, Magdalena Montezuma, consists entirely of women (Warhol superstar Candy Darling notwithstanding) serves the spectacle with an exultant emotionalism that becomes addictive the longer we watch.

Other music included, in part, excerpts from Tosca, Stravinsky’s The Rite of Spring, the Largo from Beethoven’s “Triple” Concerto, Marty Robbins’ version of “Tonight Carmen,” and Julie Rogers performing “The Love of a Boy” by Burt Bacharach and Hal David. Even more exquisite was Maria Maliban dying to the strains of the slow movement of Beethoven’s Violin Concerto, in Schroeter’s words: “blood flowing softly from her mouth.” Two highlights that reinforced the high order of camp that the film defines are Candy Darling in blackface (an Otello reference) singing “St. Louis Woman” in the style of Billie Holiday and the magnificent Ingrid Caven bringing “Ramona” out of its 1928 obscurity with a delicious insouciance. Caven’s own incipient diva-hood would bloom a few years later thanks to her films with Daniel Schmid and Rainer Werner Fassbinder and the music of Peer Raben.