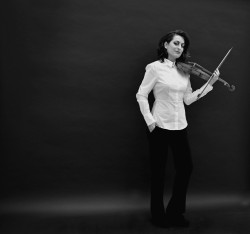 Audiences in Toronto expect that a Tafelmusik performance will be pleasing, well-executed, and committed to artistry. Their performances of Haydn’s Symphony No. 98 and Mozart’s Mass in C Minor, at Koerner Hall May 4 to 7, were no exception.

We saw the two creative heads of the organization at play, with Elisa Citterio (artistic director designate) leading from the principal seat in Haydn’s Symphony No. 98 and then choral conductor Ivars Taurins leading, with Citterio as concertmaster, for the Mozart Mass in C Minor. As Toronto audiences get to know Citterio, we’ll have to see how she balances the rigours of historical performance with opportunities for creative licence in her work with the orchestra. These concerts provided a good chance for Tafelmusik’s devoted audiences to get some early clues about Citterio’s future tactics with the ensemble.

The Haydn opened the concert with a fast-paced, precise, fluffy jaunt. As the master of the symphony, Haydn provides work that is both playful and orderly. The first movement, Adagio – Allegro, showed a disciplined yet not emotionless interpretation. The syncopation amongst the high strings helped shape much of this sound. (In the pre-concert chat, Citterio noted that this was a new piece for both her and the orchestra, thereby providing a level playing field for Tafelmusik to align under their new leader.)

The orchestra is a great size for Haydn. During the performance of the symphony, Citterio, who was mostly aligned to face the orchestra, gave the audience two knowing glances. Near the beginning of the second movement, the Adagio, she gave us a look that I read as a playful “Enjoyable? Yes!” The cadence with double pizzicato at the end of this movement revealed the precision and structure of the orchestra. In the fourth movement, the Presto, we got a second look from Citterio, which felt like “Here we go!” – driving the energy straight to the end. An awkward page turn in this movement was the only odd event that stood out of a pleasing performance.

The precision of Citterio’s Haydn in the first half initially left me confused at Taurin’s comparatively heavy-sounding interpretation of the Mass in C Minor. Mozart, known for his lovely, light, vocal runs, flows best in my opinion when not encumbered by heaviness. That isn’t to say that heaviness isn’t needed at times in the effect of the piece. The heavy interpretation was well suited to the “Qui Tollis”: this stirring, flowing liquid gold poured out of the choirlike a cone of sound shaped around the gorgeously luscious alto section.

There was a shift after the tuning prior to the Credo. The sound was distinctly lighter and brighter. Soprano Julia Doyle, on the “Et Incarnatus Est” was exquisite. Taurins shaped and supported the soloist with a remarkable woodwind accompaniment. The remainder of the concert was a pleasing middle ground of the bright and light with the heavier sound – as with the contrast between the two directors and the two composers, it was an exciting balance.

Tafelmusik continues to provide incredibly high-quality music for audiences the world over. With Citterio at the helm from September,  we have much to look forward to, including that grandest of choral works, the Bach Mass in B Minor. 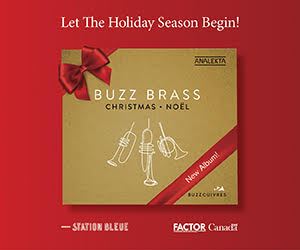