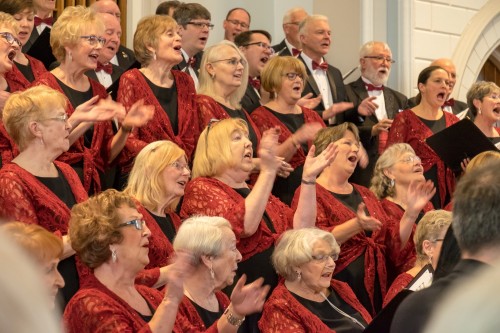 The Canary Pages choral directory in this issue has been a fixture of the May WholeNote for the past 17 years. Until this year, that is, when the magazine decided to hold it back to September, given the climate of uncertainty that has gripped the choral community since March.

Better late than never: the directory remains welcome a reminder that hundreds of choral organizations across Ontario sustain and uphold communities that celebrate art and beauty from the largest cities to the smallest communities throughout Ontario.

March feels a long time ago now. Seasons shuttered, theatres closed, rehearsals stopped, and as the shutdown continued, choirs started thinking towards the fall and onwards. If you look at the language amongst the Canary profiles, there’s new terminology that has become standard – postponed, indefinite hiatus, online rehearsals, Zoom, suspended, TBD. The good thing is, the choirs and the people who make music are still around.

In my last column, I investigated some of the opinions and information being shared by organizations like Chorus America, Choral Canada and Choirs Ontario, speculating on what the future might hold for choral life. Months later, as the start of the 2020/2021 season looms, much of the uncertainty remains, across our artistic communities. But our resilient communities are forging ahead, adapting as they go.

This month I got in touch with three: Upper Canada Choristers, Reaching Out Through Music, and Achill Choral Society. 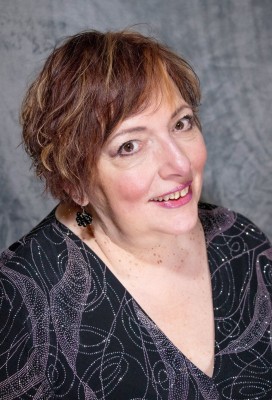 While many choirs stopped making music together, some continued in different ways. The Upper Canada Choristers have continued to sing with regular Zoom rehearsals including sectionals and fun digital socials. The choir has “recently started singing together outside in small groups, socially distanced and wearing masks. I have personally tried out a variety of masks to see what works best,” shares artistic director Laurie Evan Fraser. “We have been in regular contact with Public Health to ensure we are taking appropriate steps to keep everyone safe, and our board has developed protocols for rehearsals and performances in accordance with Public Health directives.” Importantly, Evan Fraser notes, “The fact is, singing with a mask is not a problem.”

Upper Canada Choristers are revisiting the programming they initially planned for performance in the spring, revisiting the same repertoire they initially planned for, with some adjustments. “The concert we originally had planned for last May was a departure from our usual format,” says Evan Fraser. “It would be performed without intermission, would have narration and unusual visual elements, and would depict a slice of Latin American culture from pre-Hispanic times to the present. We were excited by the possibilities, but then we had to cancel the concert because of the pandemic.”

So, the Choristers had to adjust to something different, as manifested in their upcoming October 2 performance with sister choir Cantemos. Titled “Inti Ukana: A Latin American Tapestry” it includes guests Laura Fernandez, Antonio Mata and Bernardo Padrón. “We just couldn’t give up! And have been working intently over the summer through Zoom practice sessions,” says conductor Fraser. “And we expect this October performance to be every bit as exciting as if we were all in one place.” The main highlight is Misa Criolla by the Argentine composer Ariel Ramírez, and Cantemos will perform Apamuy Shungo, a traditional yumbo from Ecuador – a style named after the Yumbo people who came to live in the Sacred Valley of Tulipe around 800 B.C.E.  It is sung in Quichua, one of the indigenous languages spoken in Ecuador. As well, the ensemble offers the Venezuelan number Mare-Mare, which, while not indigenous, tells about the nomadic Kariña tribe that travelled through what is now Venezuela and the Caribbean. “Digital Performance, free, donations welcome” the announcement says. Definitely a sign of the times. 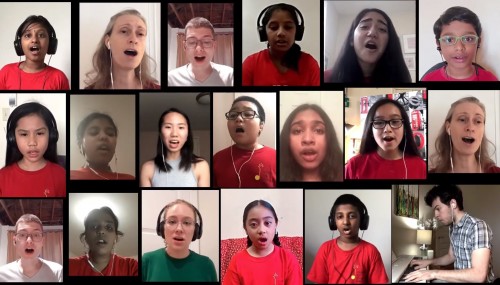 Reaching Out Through Music (ROTM) executive director Virginia Gallop Evoy provided some thoughts by email to me about the adaptations the music program has made over the last few months. ROTM is an accessible music program run out of St. James Town, in Toronto’s downtown core. Normally, this super-dense neighbourhood full of high-rises brings kids together to learn out of The Church of St Peter and St Simon-the-Apostle. The pandemic shutdown didn’t mean a shutdown of their programming. “Our private instrumental lessons carried on with minimal interruption,” she shares. The St. James Town Children’s Choir and ukulele group followed with online rehearsals starting in May. “Our overriding goal was to keep our children and families engaged, musically and socially.” Using technology and video, the talented teachers of the program have kept the music going. And there’s more to come with new connections and collaborations.

Early in July, ROTM was able to put together a virtual recital. “With some coaching and guidance, our choristers and music students learned how to record themselves, and the various pieces were synchronized and assembled by a fabulous video editor,” shares Gallop Evoy. The charming visual of a group of kids strumming away on their ukuleles on video makes it hard not to smile. The added advantage to more performances moving to a digital sphere is that they are recorded and available for enjoyment time and time again and can even reach audiences not usually accessible.

ROTM is also reaching out into their local community to collaborate with visual arts programs in St. James Town. Gallop Evoy says, “The plan is for the sounds of our choir to be combined with their children’s related artwork to create an arresting video performance. We hope this initial collaboration will be the beginning of many fruitful collaborative endeavours in the community.”

For a taste of how ROTM is accomplishing this, catch the Reaching Out Through Music virtual recital on YouTube. The St. James Town Choir, ukulele students, vocal students and piano students perform with appearances by special guests including tenor Asitha Tennekoon, ukulele teacher Tom Collins, pianist Jean-Luc Therrien, jazz performer and choir conductor Jacqueline Teh, pianist John Sheard and much more!

The collaborative effort has been really important to Upper Canada Choristers as well. “The biggest challenge for us in preparing for this new format is technological,” Evan Fraser said. “We are blessed by our longtime affiliation with Grace Church on-the-Hill. They too are committed to community service and have agreed to be our partners moving forward to provide a place for us to connect to community venues through Zoom and share pre-recorded performances as well as do live, interactive sing-alongs.” The upcoming digital performance that UCC has planned will incorporate pre-recorded video and some livestreaming. UCC even plans to have some singers and instrumentalists in person, masked and socially distant at the church.

More choirs may turn to this hybrid model in the coming season. Shawn Grenke, artistic director of the Achill Choral Society, shares a bit about what he has planned for Christmas: “We are going to be doing an online concert with past archival repertoire. We will have a number of choir members do video introductions to the pieces from their home, and as well, if allowed, record a few pieces in small groups, wearing masks and socially distant.”

The loss of the community element of music is a reminder that these organizations aren’t just internally focused, every performing arts organization exists to create community. “The singers in Achill desperately miss the community of music making,” shares Grenke, “and as well, the social element that is such a huge part of being in a choir and sharing the love of choral music.”

But between now and the next set of digital/hybrid performances they will be figuring a way back into the communal sharing, rehearsals and creation of music. “I’m also deeply aware of the loneliness COVID-19 has caused our Achill Choir community,” says Grenke. “It was a major part of the singers’ weekly routine – and it still will be in September… it will just look different.”

Achill and every other choir across the region is having to grapple with these same concerns in order to forge ahead.

“We have to be creative and willing to try new things if we are to survive” Evan Fraser says. “We don’t have the option of putting our operations on hold until the situation improves,” states Gallop Evoy. “The community needs us now more than ever… the prospects for the future of our organization seem bright.”