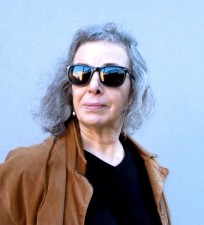 I first met and heard the painter and singer Laura Marks four or five years back at Lisa Particelli’s singer-friendly jam about which I’ve written before. The first time I heard Marks, my impression was that she had a nice voice but was timid. Since then, one or both of us, her voice or my ears, has matured, probably the latter. Listening more recently, I hear a cool confidence, a clear sense of purpose and an unmistakable character. That character is quaint and charming, introspective and sincere – as is demonstrated clearly on her debut album, 57 Minutes. The album is a Marks-illustrated work (Marks is primarily a visual artist), and it features the instrumental prowess of Chris Gale, Reg Schwager, Mark Kieswetter, Ross MacIntyre and Ben Riley, on sax, guitar, piano, bass and drums, respectively.

Although Marks has only been playing jazz gigs about town for the last eight or nine years, her first public performance as a jazz singer happened in the early 70s at Toronto’s Poor Alex Theatre; her experiences with jazz in private reach even further back. “My dad was a jazz fan so we were exposed very early,” Marks explains. “He met Dizzy Gillespie on an airplane twice. The second time Dizzy said to him, ‘How are you, Mr. Marks?’ He remembered him.”

One of the last tracks on the album is Body and Soul, a standard which all jazz musicians know, but which also happened to be an early influence on Marks: “I used to listen to the jazz programs on radio and when I heard Billie Holiday sing Body and Soul that was it. I started to sing jazz. I remember the moment and where I was in my parents’ house. I think I was 15.”

Marks doesn’t have dazzling, virtuosic chops, but she is and has always been an artist: prone to exploring, and creating, and expressing, relentlessly and endlessly; no exceptions are made behind the microphone. I recommend you go to see her at Jazz Bistro on May 21. There’s something special about her performance, her laid-back sensibility, that aforementioned character. I just love hearing her sing and I suspect you will too. 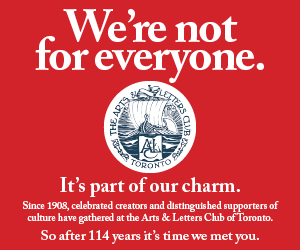