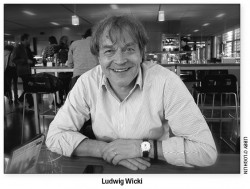 Movies and music are a match made in heaven. Several fantastic opportunities are coming up in the next few months to enjoy and experience live music set to films. One of my favourite Oscar moments is seeing the nominees for Best Song, Best Score and Best Soundtrack. Music in films can be incredibly impactful. Yet, even a choral singer like me can overlook or miss some of the important sounds and textures being created by compositions, while listening to the music when not able to see it being performed. 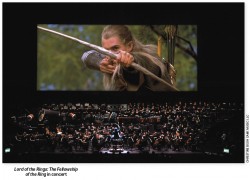 The Lord of the Rings is one such example and we have a fantastic and unique opportunity to see a Canadian musical team in action for the screening of The Lord of the Rings: The Fellowship of the Ring which will be brought to life by the Toronto Symphony Orchestra and the massed power of the Toronto Mendelssohn Choir (including me in the tenors!). Ludwig Wicki, who helms the musicians, specializes in the performance of film music and premiered all the LOTR films with live performance of the full soundtrack. All of the TSO live film performances this year are in partnership with the Toronto International Film Festival.

The original film soundtrack – by prolific composer Howard Shore, who wrote the music to all of Peter Jackson’s LOTR and The Hobbit films – is quite frankly one of the most exquisite pieces of film music available. For many in my generation the iconic trumpet theme in The Ring Goes South (as the Fellowship marches across the mountains after leaving Rivendell) is instantly recognizable. But it is the choral richness of Shore’s writing that provides the texture and energy that drives this remarkable score. The accented harshness of the Elvish can be found energizing the chase of the Nazgul. There are soft chorales throughout the music that help accentuate important moments (when Gandalf lights the main hall of the Dwarven city Dwarrowdelf, for example).

And then there is the ending to the Bridge of Khazad-Dum after Gandalf is lost. The entire previous scene is sounded with accented rhythms from the male voices. These give way as the Fellowship escapes into the sunlight. Soft cellos accompany a rich chorale with a delicate treble voice on a slow, piercing descending line. It is remarkably poignant writing. Rehearsing this section the other day reminded me just how powerful music can be in evoking feelings and emotion.

The magic of these performances lies in hearing music with your own ears. Soundtracks are meticulously mixed, balanced and produced to create a specific sound. Often, choral music and the textures of live voices cannot translate very well into recordings. Live, your ears will notice choral lines in places you never would have known: little hidden gems of gentleness or punctuations of energy. It’s a pleasure to learn this music and at the same time engage a brand new understanding and appreciation of it.

There are three opportunities to see The Lord of the Rings: The Fellowship of the Ring in action: December 1, 2 and 3 at 7:30pm, Roy Thomson Hall.

Other film and TV music performances in the coming months include:

The TSO presents Disney-Pixar’s Ratatouille in concert featuring Michael Giacchino’s Oscar-winning score under the baton of Sarah Hicks, principal conductor of Live at Orchestra Hall at the Minnesota Orchestra, February 18, 2017 at 11:30am and 4pm, Roy Thomson Hall.

The Kitchener-Waterloo Symphony Orchestra presents “Music from the Movies,” featuring music from Titanic to The Avengers, under Daniel Bartholomew-Poyser, assistant conductor of the KWS, February 24, 2017 at 8pm and February 25, 2017 at 2:30pm and 8pm, Centre in the Square, Kitchener.

The TSO presents Indiana Jones and the Raiders of the Lost Ark, score by John Williams. This live performance screening of the very first Indiana Jones movie is led by pops conductor Steven Reineke, March 29, 2017 at 7:30pm, Roy Thomson Hall.

The Diary of Anne Frank 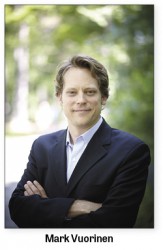 The Grand Philharmonic Choir presents the Canadian premiere of James Whitbourn’s choral work, Annelies: A Cantata on the Words of Anne Frank, November 19, 7:30pm at Maureen Forrester Hall, Wilfrid Laurier University, Waterloo. Based on a translation of the Diary of Anne Frank, this choral work is set for soprano, choir and instruments under music director Mark Vuorinen and featuring the Grand Philharmonic Chamber Singers.

To mark the occasion, the Grand Philharmonic Choir has partnered an exhibition with the Kitchener Public Library. There will be displays on Anne Frank’s life from the Anne Frank Centre for Mutual Respect, New York City. A special performance of Annelies by the Grand Philharmonic Chamber Singers under Vuorinen will be held in the Central Library Reading Lounge on November 13..Beth Slepian, education director for the Anne Frank Centre, will be a guest speaker for this interactive, family-friendly presentation. The library exhibition runs to November 15.

Whitbourn’s musical setting follows selected entries from Anne Frank’s actual words. Translated from the original Dutch, Whitbourn has assembled them chronologically to frame the story. Her writing is remarkable in its intimacy and simplicity. Whitbourn uses repetition of her own words to shape the music. At times, this intimacy is highlighted with solo soprano, at times with chorale. At times minimalist and dissonant, he uses plainchant, military, music hall, solo violin, solo clarinet and more. Whitbourn has also used a lot of repetition. When I queried Vuorinen’s thoughts on this compositional tool he said it requires the interpretation to be “deliberate and thoughtful” with each iteration. He also understands that “the repetition is there for emphasis, to hammer home the message. Which is a whole different approach to express these in a deliberate way to bring home the point.” It is remarkable to hear the repeated invocations of the choir repeating “We are Jews in chains.”

The fifth movement, Life in Hiding, finishes with repetition of the text: “One day this terrible war will be over, and we’ll be people again, and not just Jews.” Her words are a deeply powerful tapestry to set music to. Whitbourn’s interpretation is evocative and challenges the listener to bear witness to this history. Vuorinen notes: “The text is important. Trying to get the voice of this girl. To hear this voice. It’s quite incredible to read these words, of a girl who is incredibly optimistic. There is optimism in this music. But there is juxtaposition of musical styles and it is crushing and very emotional. It is something the singers have to learn to deal with.” Vuorinen revisited Anne Frank’s diary over the summer in preparation for rehearsals and encouraged his singers to do the same.

All the text is from her writings except for the Kyrie in the eighth movement, Sinfonia, and excerpts from the Book of Psalms and Lamentations in the 13th, penultimate movement of the work. We all know that Anne Frank and her companions were betrayed, captured and later died in a concentration camp. Her diary remains a poignant reminder of the impacts of racism, intolerance, hatred, and state-sponsored violence. Again, Anne’s words are best: “As long as you can look fearlessly at the sky, you’ll know you’re pure within” (February 23, 1944). This must be a remarkable experience for the Grand Philharmonic Chamber Singers and it will be for their audience as well.

Nov 19: The Orpheus Choir of Toronto presents “Stories: Myths and Mysteries,” the first concert in their “Identities” theme for 2016/2017. This one includes a premiere of The Farthest Shore by Paul Mealor, with guests Young Voices Toronto at Grace Church on-the-Hill.

And: Get out there and check out the huge variety of Christmas and holiday music. December is coming fast and you want to make sure you have tickets! Check out thewholenote.com for all the latest offerings!