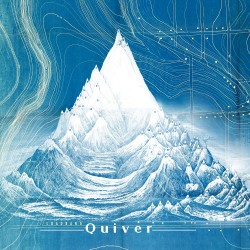 The first track, titled Aging and composed by Mason, is a miniature featuring baritone voice in a decidedly lyrical style – a suitable palate cleanser to begin what unfolds to be an album of dynamic works and pristine performances. Stebbins’ Quiver is clever and punchy. Undulating bass clarinet pulses lurk beneath nocturnal jibs and quirks projected as vocalizations from the ensemble members. This music is highly creative – the bare nature of the orchestration illuminates the highly effective doublings of noise and sustained colour. Distorted honks and rhythmic bloops permeate Disquiet composed by Cordeiro, a work that recalls a Stravinskian sensibility with its lilting and unrelenting vocal part layered over various pattern-play. The dusty soundscapes of ZongYun We’s Flower evoke mysterious sonic corridors through which the listener is taken into dark psychological murkiness. This music lays bare a rugged beauty with highly novel and unusual sonorities. Providing two works for the release, Proverbial and  quis det ut, Gavett offers contrasting moods: grating sonic bursts in the former and meditative sustained expanses in the latter. Set in two movements, Kozar’s To Keep My Loneliness Warm perfectly captures the character of the subtitles: in the first movement the trombone constantly interrupting the text is an unsettling representation of Insomnia, and the manner in which the ensemble parts hover around the text is certainly a place for Odd Behaviour.

Lastly, Czernowin’s IRRATIONAL produces gestures that eliminate the artifice between the separate parts of the ensemble: this work embodies a brilliant frenetic energy and dazzles the ear with groove-based alchemy, bombastic jerks, a splendid use of silence and hypnotic stasis. loadbang once again shines in their virtuosic ability to make the unusual soar with world-class bravura.