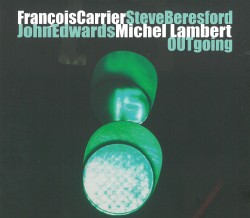 As much as this performance is entirely improvised the musicians also offer finely gauged and beautifully regulated music. The benefits are immediately apparent in OUTgoing, which is not only audaciously spelled, but contains music that is also unflinchingly dynamic. The players – saxophonist François Carrier, pianist Steve Beresford, bassist John Edwards and drummer Michel Lambert – offer music that is impetuous, inventive and laced with paprika. In one episode after another on this empirically existential recording the players make music that is technically challenging and impeccably pointed. There is a miraculous balance between simplicity, depth and virtuosity, all in the service of expression.

Steve Beresford’s piano playing has an impish wit which, when pursued by the saxophone of Carrier, is pushed to address the saxophonist with an effect that borders on an almost “three-handed” playing, achieved by huge scales that sweep from top to bottom of the keyboard. Carrier’s own playing on saxophone as well as the exotic Chinese oboe, is informed by themes decorated with abandon, while Beresford passes the harmonics between himself and Carrier (especially on Kingsland Road) decorated with swirling arpeggios to once again give the illusion of there being three hands playing. The piece ends with passages of interlocking lines between saxophone and piano entwined with some impressive arco playing by bassist John Edwards. This is a sparkling disc which combines the talent of four astonishingly versatile musicians to create iridescent showers of notes cascading with echoing, scintillating exuberance. 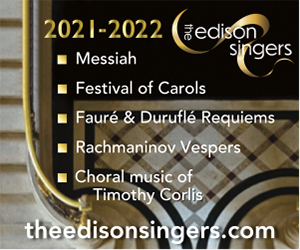