Details
Written by mj Buell
Category: We Are ALL Music's Children
Published: 30 November 2016 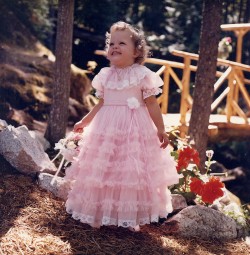 Ambur Braid grew up in Terrace, BC, and graduated from Claremont High School in Victoria, where she worked for a year at the Italian Bakery “to gear up for my move to Toronto and my undergrad at the Glenn Gould School.” A graduate of the GGS, Royal Conservatory of Music and the San Francisco Conservatory of Music, she was a member of the Canadian Opera Company Ensemble Studio during which time you may have seen her in the title role of Semele, as Adele in Die Fledermaus and Vitellia in La clemenza di Tito. With Opera Atelier you may have seen her as Konstanze in Die Entführung aus dem Serail and Queen of the Night in Die Zauberflöte.

Braid recently debuted at Lisbon’s Teatro de São Carlos as Anne Truelove in a new production of The Rake’s Progress and made her UK debut as the Queen of the Night, to all accounts formidable, at the English National Opera, a role which she then sang for Opera Calgary. After a change of pace as Dalinda in the COC’s recent Ariodante, Braid will return to sing the Queen of the Night in all 12 performances of their upcoming January 2017 Magic Flute.

Apparently undaunted by her demanding opera schedule, this coloratura without borders also has time and energy to prepare and sing collaborative concerts like “The Living Spectacle: Songs by Erik Ross and Libby Larsen” with the Canadian Art Song Project and solo recitals with titles that range from “La Favorita: Verdi, Mozart and Puccini Arias” to “Rachmaninoff and Ribs with a Side of Sibelius” 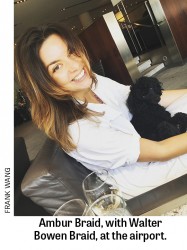 Soprano Ambur Braid is a Torontonian who goes to Athens whenever possible. She has a poodle and a partner who both travel the world with her and for that she is incredibly grateful. Beyond music, some of her other pastimes and pleasures include cleaning, reading, eating, shopping and hosting dinner parties.

Suppose a friendly fellow asks what you do for a living? I’m an opera singer. You’re right, I’m not fat, but here are my Viking horns.

If you were driving alone and could sing along to any recording, what would you choose? Always David Bowie.

About that childhood photo…? My smile hasn’t really changed, but my attire has.

Your absolute earliest memory of music? My brother singing along to Billy Idol. He was super into it.

Musicians in your childhood family? Everyone appreciated music in my family, and music was always playing in our house! My mother (a social worker) would sing to me after each bath (I still love baths), and my father (a notary public) attempted to sing in church. It wasn’t amazing. My older brothers played a lot of Bon Jovi, Billy Idol, Tiffany and the Georgia Satellites. And my eldest brother had a blues band.

A first recollection of making music? My debut, singing Jesus Loves Me in French and English, was as a three-year-old in church. Then singing Keep Your Hands to Yourself with my brother’s band as a five–year-old. There’s a video of it and it’s pretty great.

A first instrument? Tambourine, drums, recorder and then, reluctantly, the piano.

Early experiences of making music with other people? Choir tours and musical theatre camp – so much fun!

What experiences helped form your appetite for staged works? Going to London and NYC with my parents to see musicals – I just stared at the conductor. I guess I still do!

Does teaching/mentoring figure in your life? Only in an organic way. There are some young singers who stay in contact with me for guidance. Yikes. That’s terrifying when you think about it!

Where does music fit into life at home? I’ve been known to dance along to my favourite overtures in the morning. Everyone needs a good dance party once in a while.