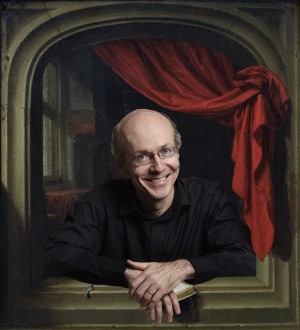 Start a title with the word Escape and end it with the word Egypt and depending on the preposition you link them with (from or into), you will find yourself either entering an Old Testament story hinged in time on the vernal equinox, or else a New Testament tale revolving around the winter solstice.

La Huida (The Escape) is the title of one work among the 19 in the Toronto Consort’s recently completed program Navidad: A Spanish Christmas, December 8 to 10 at Trinity-St. Paul’s Centre. It was the last song before the intermission; the silence that followed its final drumbeat was a moment of dark stillness at the centre of a swirling panoply of festive musical light. A masterfully curated moment of disquiet, of hopelessness and hope, with “escape from” and “escape to” balancing, literally and figuratively, on a knife edge.

The song’s twelve lines of text are, in the context of this concert, squarely based in the gospel of Matthew, in the story, as Matthew tells it, of the flight of Joseph and Mary and the infant Jesus into Egypt to escape Herod’s edict to quash talk of the birth of a potential future charismatic leader of a Palestinian uprising by killing off all the (male) babies born at the time. 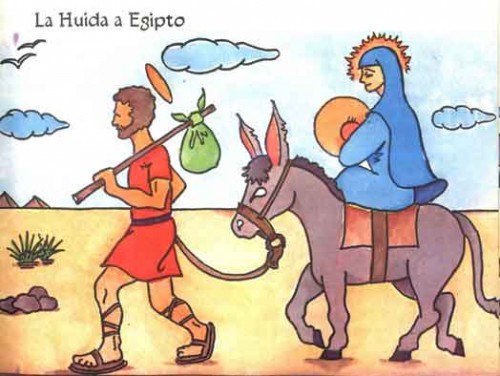 “Escape from” is the urgent priority of the first of the song’s two stanzas:

And then, out of hopelessness, hope.

Niňo bonito, no lloris mi amor.
Ya llegaremos a tierra mejor.
(Beautiful child, don’t cry my darling.
Soon we will arrive at a better land.
Go to sleep now, don’t cry.
I will cradle you in my arms,
Bass drums beating in my heart.
¡Vamos! ¡Vamos! ¡Burrito apura!)

One mother and father exhorting one child not to cry, on the road from hell to hope. And at the same time, a compelling evocation of the plight of the tens of millions of such people in our world today. And all this in a Christmas concert by a 45-year old ensemble ostensibly focussed on the discovery and re-creation of music 300 to 500 years old. Several very interesting things are happening here in terms of engaged artistic practice, and it’s worth taking a closer look.

Unlike the bulk of 19th and early to mid-20th century classical repertoire where every note (and most of the composer’s desired creative nuances) is captured on paper, the further back in musical time one drills down, the more complex and multifaceted the work of the musician becomes. Paradoxically, the older the music, the greater the chance that one will be playing or hearing it for the first time. Throughout its 45 years, the Toronto Consort has been driven by this spirit of inquiry, but particularly so since 1993, under David Fallis’ artistic directorship. Rather than historically informed performance, one might say that their programs are historically enlightened – not just going back in time, but revealing the timeless.

Take the subtitle of this particular show: “A Spanish Christmas.” Given the Consort’s primary interests one might safely have expected to be treated to an evening of the music of Spain of the 16th, 17th and 18th centuries. But right from the start the word “Spanish” has perhaps unanticipated resonances: During the historical period being explored, it is the primary language not just of Spain but of the conquistadors of a significant portion of the Americas. Almost all the evening’s works, as described in the program, were what is known as villancicos, “a distinctively Spanish song form that has enjoyed a long history of popularity across Spain and Latin America continuously from the late 15th century.”

But the concert widened the lens even beyond that fact: it became geography, history, religion and politics all rolled into one, starting with the first two villancicos on the program, sung in Nahuatl and Quechua (both Indigenous languages, and the latter still the mother tongue of more than 10 million people in Latin America.) Right from the start there was a tension (for those who chose to hear it) between the language and the substance of the songs, between the challenges facing a single biblical family and those that confront countless displaced or disrespected people today – with the inescapable reality of proselytizing intent, and all its historical consequences, roiling just below the surface.

At the end of the first half of the concert, La Huida, as already mentioned, stripped all the tinsel from the Christmas tree. Written by Argentinian composer Ariel Ramirez (1921-2010), it carried the truth of its message into the present without the kind of didacticism that sometimes allows an audience to distance themselves from the urgent currency of a necessary message. 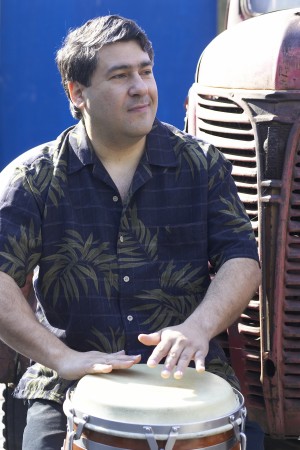 As important to the Consort’s artistic practice as the integrity of their research is the extent to which they have the hunger (and the musicianship to go with it) to truly learn from their guests. In this case the catalyst was Rodrigo Chavez, who joined the Consort onstage on charango and percussion. Director of Cassava Latin Rhythms band, the Argentinian born and trained Chavez is a prominent exponent of contemporary Latino-Canadian music, with a deep interest in connecting his own creative vision with the deep roots of Native and Afro-Latin percussion, playing a prominent role in Ontario’s burgeoning global music scene.

The joy of musical exploration and shared discovery was everywhere to be seen on the Trinity-St. Paul’s stage in this concert. And the program’s effortless linking of past and present bodes well for a future in which committed musicians do not leave their consciences at the door in the pursuit of the arcane, no matter how tempting, in troubled times, escapism can be.

David Perlman is publisher of The WholeNote, and can be reached at publisher@thewholenote.com.