The simultaneous projection of orchestral concerts on big screens is gradually creeping into the classical music world.

The idea hasn’t caught on with the wildfire appeal of opera titles, which stormed the world following their introduction by the Canadian Opera Company in 1983. Part of the problem is that big-screen projections are more expensive and elaborate to produce than surtitles. But there’s also a strong aesthetic resistance to the idea.

Recently, Chicago’s Ravinia Festival took the bold step of permanently installing big screens at the festival’s outdoor amphitheatre. A critic for Chicago Classical Review, Lawrence A. Johnson, promptly took offence to their use during a Chicago Symphony performance, calling the screens “a bad idea – a very bad idea.” The reviewer went to complain of “dizzying slow pans, violent jump cuts, and sudden close-ups.”

I wasn’t at this performance, nor have I seen these particular screens. Perhaps, as Johnson reported, the technical people charged with mixing the projections made a hash of it. If so, I probably wouldn’t have been impressed either.

But unlike some classical music fans, I support the idea of big-screen projections. I first saw them a few years ago in Vancouver, during a performance by the Vancouver Symphony at the Orpheum Theatre. It was the VSO’s first outing with the new technology – and there were a few technical glitches, to be sure. But I was struck by the possibilities the screens offered: to focus on the conductor’s face, or the pianist’s hands, for example.

It doesn’t surprise me that some people might initially find projections distracting. The first time I saw surtitles, I thought they were distracting, too. But once audiences got used to surtitles, they became an enhancement to listening and understanding, not an obstacle.

To those who object that the big screens are a break with the traditional format of classical concerts, I would say that the tendency for classical music to lock itself up in its own traditions and then throw away the key is probably the greatest problem the genre faces today. Such was not always the case: I strongly suspect that if the technology existed for big-screen projections back in the 19th century, Franz Liszt would have embraced it without hesitation.

Simultaneous projections have appeared at Toronto Symphony performances from time to time – but only on a modest scale. Perhaps the time has come for Roy Thomson Hall to install a gigantic screen directly over the stage, for all the TSO’s concerts. 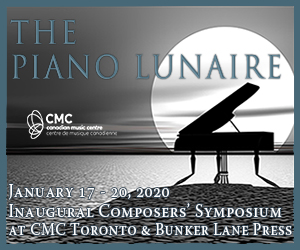