I heard pianist Angela Hewitt on Friday night, when she gave a recital at Roy Thomson Hall: Bach’s Italian Concerto, Beethoven’s Sonata Op. 10 No. 3 and Brahms’ Sonata No. 3. As the programme notes explained, this repertoire was chosen for a specific reason. These works were among the pieces she played on the same stage 25 years ago – in her successful effort to win first prize in the 1985 Toronto International Bach Competition.

As I listened to her begin the Bach, I had a hard time believing that a quarter-century had passed since I’d first heard her play it. I also asked myself what had and hadn't changed over the course of 25 years. After all, you can't step in the same river twice.

There were significant differences in what I was hearing for at least two reasons. First, back in 1985, Hewitt was playing in the "old" Roy Thomson, long before the hall’s acoustics were renovated by Artec Consultants in 2002. Second, on this occasion she was performing on her current piano of choice – a brilliantly resonant Fazioli – whereas, during the competition, all the competitors played on Yamahas (as I recall). But some things haven’t changed: Hewitt still plays with perfect posture, and a high-wristed fluidity that has served her well over the years.

I also recalled that, at the competition, she played selections from Olivier Messiaen’s Vingt Regards sur l’Enfant Jesus – a bold move, as Messiaen and his wife, Yvonne Loriod, were on the jury. After the results were announced, I buttonholed the celebrated French composer and asked him what he thought of Hewitt’s interpretation of his composition. “She understands my music exactly,” was his response. No doubt his favourable opinion helped her to secure the prize.

For those who would argue that competitions have become largely irrelevant in the musical world today, Hewitt stands out as a conspicuously opposing example. Her win was the springboard to a career that has taken her to the world’s foremost concert halls, and is still going strong. (Would it all have happened anyway? Perhaps – but the question is impossible to answer.)

Yet, ironically, the event that launched Hewitt turned out to be ephemeral. Even though the 1985 competition could have become the foundation for an ongoing institution, this simply didn’t happen. In hindsight, I can’t help thinking that Toronto missed a golden opportunity to raise its own stature in the musical world by not forging ahead with subsequent competitions on a regular basis.

That said, it should also be pointed out that the Toronto International Bach Competition can always lay claim to an enviable track-record: a 100 percent success-rate in selecting laureates who go on to major careers. 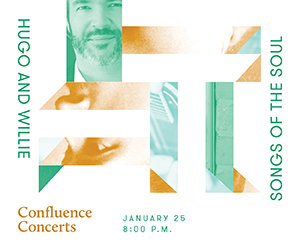