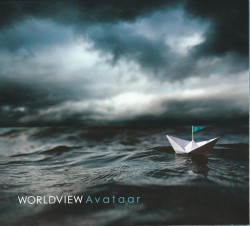 A Safe Space for Children (for all) - Listen on Soundcloud

Felicity Williams’ tasty vocal top lines are very effective in adding human colour and harmony to the instrumentals. Her straw-coloured diaphanous soprano elevates Innocents (12/14/12), Blue As It Ever Was and the other tracks she’s featured on.

Viswanathan’s vision for the album “is a musical commentary on the state of our world, on the pandemic, and on the inability of our leaders to lead with integrity, honesty, and compassion.” Several tracks including Song Song, Little Kurdi (for Alan Kurdi) and A Safe Space For Children (For All) were inspired not only by childhood nostalgia and saudade but also by “the honesty and fragility of children faced by a world of uncertainty and confusion created by adults.”

While Worldview is embedded in a framework of contemporary jazz and its musical kin, echoes of the musical traditions of India, Africa, the Middle East and Brazil are never far away. Viswanathan’s evocative bansuri (Hindustani bamboo transverse flute), Aaron Lightstone’s oud solo and Ravi Naimpally’s supportive tabla playing are examples of how inextricably – and beautifully – these elements are woven into the fabric of the music.