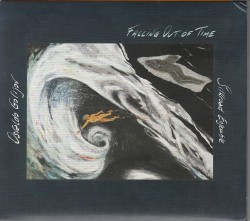 The following review is an excerpt from Editor's Corner (December 2020) which can be read in its entirety here.

My interest was sparked for Osvaldo Golijov’s Falling Out of Time when I realized that it was based on a book of the same name by David Grossman, an author whose works I have previously enjoyed. And Kjartan Sveinsson’s Der Klang der Offenbarung des Göttlichen is based on the novel World Light by Icelandic Nobel Prize-winning author Halldór Laxness, another of my favourites.

Golijov’s Falling Out of Time, performed by the Silk Road Ensemble (inacircle-records.com/releases) has another serendipitous connection to my reading life. It seems that Golijov conceived of the project after a meeting with the founder of the Parents Circle, an organization that brings together Palestinian and Israeli parents who have lost children in the ongoing conflict in their homeland(s), in hopes of finding some semblance of healing and some road to eventual peace. I had not been aware of this organization until about a month ago when I read an incredibly moving “novel” called Apeirogon by Colum McCann. I use quotation marks to qualify the definition. Although a work of fiction, McCann’s main characters are actual members of the Parents Circle, a Palestinian whose daughter was shot and killed by an Israeli soldier, and an Israeli whose own daughter was killed by a Palestinian suicide-, or more accurately, murder-bomber, both as innocent bystanders. The book incorporates chapters by both of these real fathers who describe their own states of being and give context to McCann’s fiction (which they condone). A truly magnificent book.

How does a person stay alive after losing a child? Grossman’s poetic book tells the stories of a number of people in that situation who, as a result, have fallen out of their own lives into a dreamlike state. It opens with a narration by the Town Chronicler who describes the village at night, much in the way of Dylan Thomas’ Under Milk Wood. We next meet a Man who decides he must go “there” to find his dead son, although his wife assures him “There is no such place. There does not exist.” Nevertheless he departs to wander, muttering, in ever-widening circles in his search. As the book unfolds more and more lost parents join the ghostly parade, each telling of their own loss. For the Walkers, “Poetry is the language of my grief.” Golijov’s stark and wrenching adaptation of the texts, originally in Hebrew but presented in both Hebrew and English translation (included in the booklet), is extremely effective. Wu Tong is especially moving in his heart-wrenching depiction of the Walking Man. Drawing on the resources of the Silk Road Ensemble, Golijov employs a variety of traditional and exotic instruments and some electronics to accompany and extend the voices of the various characters. As Grossman calls his book “a Novel in Voices,” Golijov describes his rendition not as an opera or a song cycle, but “a Tone Poem in Voices.” Grossman says in an introductory note: “In this work by Osvaldo and the wonderful Silk Road Ensemble, I heard the voice of human pain and grief laid bare – the scream of an animal. […] It is true that no one knows what hides behind the impenetrable wall of death. But there is one place, or rather one dimension, where we can feel, if only for an instant, both the absolute nihility of death and the full absence of life. And that dimension is art. It is literature and poetry, music, theatre and cinema, painting and sculpture. When we are in that place we can sense, concurrently, both the everything and the abysmal void. The negation of life and its affirmation. I hope that listening to this creation will provide you, too, with this sensation.” It did for me.