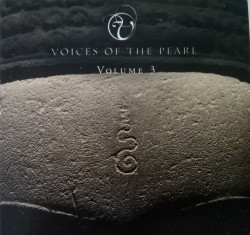 The ambitious Voices of the Pearl project commissions, performs and records works by international living composers, who set texts by and about females from diverse traditions throughout history, illuminating their lives, struggles and beliefs. Volume Three features five works based on Buddhist, Chinese and other Asian texts, performed by Canadian/California-based sopranos Anne Harley (who is also artistic director) and Stacey Fraser, with American instrumentalists and singers.

Canadian composer Emilie Cecilia LeBel’s You Moving Stars (2017) is based on early Therīgāthā (Verses of the Elder Nuns) poetry collection by and about female disciples of the historical Buddha from about the fifth century BCE. Performed by Harley and electric guitarist Steve Thachuk, it is sparsely orchestrated yet attention-grabbing, from the opening long-held guitar drone, sudden high soprano entry, wide-interval-pitched melody, and brief almost unison vocal and guitar sections. The two performers create a sacred, thought provoking sound.