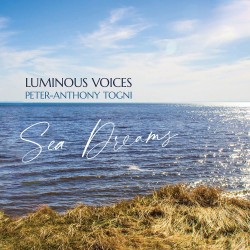 Sea Dreams I. Pray for those who are in Ships

Togni’s choral composition evolution is perfectly recorded by Luminous Voices. An amazing artistic accomplishment by all!