Recording with a group of stringed instruments has always posed particular challenges for committed improvisers. Since the groupings of violin, viola, cello and the like are usually valued for their harmonic and melodic qualities, the challenge is to avoid a mawkish “& Strings” session, that buries innovation in schmaltz. Luckily these discs impress by using string players not as backup or afterthought, but as an integral part of the creative process.

Take Brazilian tenor saxophonist Ivo Perelman for instance. As part of a seemingly endless series of discs that link his horn with other instruments, on Strings 1 (Leo Records CD LR 850 leorecords.com), the saxophonist creates a free music interpretation of high-art string quartet literature. Perelman, who played cello as a youth takes that part, while the others fit traditional roles: violinists Mark Feldman and Jason Hwang plus violist Mat Maneri. During the nine-track, 74-minute program, the four subdivide frequently so that when one violinist concentrates on sul ponticello squeaks, the other paces a moderato theme; or the saxophonist’s yelps, peeps and growls are answered with contrapuntal viola sweeps. Throughout, the fluctuating sequences move from stop-time to fragmented to extended legato, with abstracted string scratching as much a part of the expositions’ evolution as Perelman’s multiphonic asides. Although all four are capable of creating elevated timbres – despite the fact that the string players sometimes approximate angry birds – uncomfortable shrillness is usually avoided, with the quartet confirming that moderato storytelling can encompass just enough jagged and jerking notes to enliven the tracks without derailing them into atonality. The extended fourth track, for example, which begins with dissonant pizzicato plucks from the string players and elaborated sibilant reed squeaks, courses into a narrative where Perelman’s caustic tones settle within circling string layering, so that no matter how many spiky reed detours are tried, by the finale the parallel improvising becomes a four-part coordinated theme. 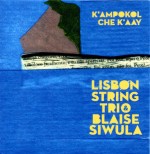 American clarinetist Blaise Siwula is in somewhat the same situation on K’ampokol Che K’aay (Creative Sources CS 453 CD creativesourcesrec.com), Except in this case the Lisbon String Trio consists of violist Ernesto Rodrigues, cellist Miguel Mira and bassist Alvaro Rosso. Recorded at a Lisbon concert, the music on the disc – titled for a Mayan coffee-like shrub – gets steadily more salient as the program evolves and each player becomes more comfortable with the others’ skills. Initially, either strident or wispy, Siwula’s clarinet parts evolve to sinewy mid-range, with a woody overlay, as flutter-tongued elaborations become expressive storytelling. When the string trio isn’t involved with mid-range harmonies, each takes on a particular role. Rosso’s rugged program includes applying ground bass plucks to the tracks; Mira’s repetitive counterpoint challenges the narrative; and Rodrigues’ staccatissimo thrusts decorate the fluid interface with pumps and jumps. The four reach a climax midway through the third untitled improvisation when a section of high and low pitches dissolves into individual showcases. From that point on, despite ragged string sweeps, spiky textures, and slap-tonguing and modulated shrilling from the clarinetist, the polyphonic program touches on the pastoral, but includes enough sudden and unexpected pitch and tone switches that, symbolically, the hardscrabble work that underlies any bucolic scene ia sonically obvious as well.

Another method of pushing an already constituted string section into an anomalous challenge is to mate it with another group. Black Poker (Clean Feed CF 504 CD cleanfeed-records.com) does just that, as Italian drummer Francesco Cusa and his band the Assassins with trumpeter/electronics manipulator Flavio Zanuttini, tenor saxophonist Giovanni Benvenuti and keyboardist Giulio Stermieri are joined by the violinists Daniele Iannaccone and Lorenzo Borneo plus violist Agostino Mattioni and cellist Cristiano Sacchi who make up the Florence Art Quartet (FAQ). Although the two quartets each have a track to themselves – with the result too syrupy in the FAQ’s case – Black Poker’s achievement is how well the ensembles’ dissimilar textures integrate. Starting with Spades/Picche, the first track, the polished swing of the Assassins, expressed most obviously in processed upsurges from Zanuttini and pensive reed breaks from Benvenuti, is first buttressed and then challenged via pizzicato pops from the FAQ. Sophisticated enough to divide its role on Clubs/Fiore into high-pitched violin swirls and mid-range viola and cello vibrations, the FAQ is the antithesis of a clichéd string section. As Benvenuti’s altissimo runs plus Stermieri’s tremolo cadenzas – as well as Cusa’s faultless yet hard rebounds – move the narrative forward while making it more overtly rhythmic, the string shimmies provide the theme with flexibility and sparkle. Key role reversal occurs in the penultimate Kirtimukha (Hearts/Cuori), where the tenor saxophonist’s heartrending solo is more pulpy than anything the individual strings play; and it’s the FAQ’s bent note refrain and string scrubbing, plus shrill notes dug out from the trumpet’s innards, that ensure the tune returns the head’s jolly march and away from mawkishness.

With a sextet consisting mostly of orchestral instruments and half the 16 tracks based on works of Claude Debussy, Montreal-based Cordâme has given itself a challenge that goes beyond instrumentation. However on Debussy Impressions (Malasartes Mam 033 cordametrio.com), the composition and arrangements of bassist Jean Félix Mailloux, plus the playing of violinist Marie Neige Lavigne, cellist Sheila Hannigan, harpist Éveline Grégoire-Rousseau, pianist Guillaume Martineau and percussionist Mark Nelson, manage to use the French Impressionist composer’s concepts as a base to blend and broaden sounds on the 70-minute CD to much more than a Debussy homage or mimicry. While glissandi from the harp and the violin on a track such as Debussy au clair de lune may follow expected dancing expressionism, the seamless integration of a thumping bass line and piano syncopation introduce a jazz sensibility that buoys the piece. Similarly L’égyptienne may include some faux-Middle Eastern motifs like its model, but downcast fiddle cadenzas are secondary to percussive rebounds from Nelson and sweeping piano patterns that almost push the piece into rock music territory. Orchidées chatoyantes depends on below-the-bridge plucks from the strings plus a castanet-like clatter, giving the track a unique Spanish tinge. Meanwhile the polyrhythmic Ondine advances with keyboard rumbles and swinging harp pops, and includes sprightly violin sweeps that relate more to rural Quebec than Edwardian Paris. This old-timey fiddle concept also appears on Fougères, inserted in the middle of a stirring duet between double bass and harp, both swinging in a non-18th-century manner. This and other originals show off Mailloux’s skill even more. However he’s crafty enough to compose pieces that harmonize with the French composer’s ideas. Lotus bleu, for example, is lighthearted and speedy. Yet lurking among the piano clusters and bass-and-drum cross-rhythms is a hint of lighter syncopation close to what Debussy found in the sound of gamelan ensembles. 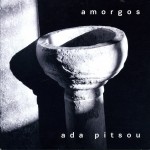 In a more contemporary setting and with a reduced ensemble, Athens-based composer/vocalist Ada Pitsou has created a suite of ten miniatures reflecting the most eastern Greek island in the South Aegean Sea with Amorgos (SLAM 592 slamproductions.net), interpreted by handpicked musicians: violinist Dionisis Vervitsiotis, cellist Angelos Liakakis, pianist Thodoros Kotepanos and drummer Niklos Sidirokastritis. Chief distinction is how well pre-recorded sounds of lapping waves, running water and breezy and blustery winds are adapted to sync with the instrumentalists’ expositions. However once this is accomplished, Pitsou’s compositions don’t take much advantage of the broad textures that could be sourced from unconventional string settings. More interested in mood and colouring than ambulation, unlike Mailloux’s re-orchestrations, here sprightly interchanges and austere harmonies are used for scene-setting rather than timbral advancement. There are a few instances where the mould is broken briefly, as on Yassemi, where drumming patterns interrupt a romantic string exposition; or on Seladi, where tempo-changing iterations cycle through percussive piano clips, warm violin and cello harmonies and inflated wind whooshes. But these attempts aren’t extended to full innovative dissonance or tried elsewhere. Overall, despite the CD’s somewhat unusual instrumentation, only simple musical goals are aimed for; and they are just as easily attained.

String groups have been utilized for fine chamber music since the 18th century. In the 21st century however, coupling the expected with output from other sources – mostly improvised creations – produces even more memorable results.