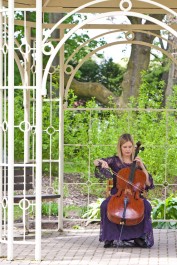 To some people, Winona Zelenka is the cellist who sits at the head of her section in the Toronto Symphony Orchestra. Perhaps to others, she’s the cellist whose performances of Bach’s cello suites have become annual events at Toronto’s Music Garden. These activities are all part of a delicate balancing act, combining her orchestral playing with her love of chamber and solo repertoire. And as far as she’s concerned, that’s as it should be.

“I think it’s essential for an orchestral string player to do other things: solo or chamber music,” observes the 43-year-old musician over lunch. “In an orchestra you don’t always hear yourself well enough, and things get out of place. If orchestral playing was all that I did, I don’t think my playing would be in great shape.” She pauses, and then adds, “It’s different for the winds and brass – maybe they’re just louder!”

Yet like all balancing acts, Zelenka’s musical life is never quite in perfect equilibrium: due to a mix of external forces and her own shifting interests, she’ll lean a little bit, sometimes in one direction, sometimes in another. Currently, she’s realigning her musical balance once again, thanks to some significant developments in her career.

The development that she’s most excited about is her first recording: a two-disc set of the six Bach Cello Suites, released by Marquis Classics. (She’ll be performing a CD launch at the Glenn Gould Studio on June 6.) As she explains it, the recordings – three years in the making – are the product of her deep love of the music, and a fortunate alignment of favourable circumstances.

“I started playing them,” she recalls, “when I was a student at Indiana University. I’d do one on almost every recital I played. And I’ve done almost all of them at the Music Garden – all but No. 5.”

As well, she points out that she currently has the use of a top-notch instrument – a 1707 Joseph Guarnerius, which used to belong to her former teacher, Janos Starker – currently on loan to her from the TSO. (The TSO was in turn lent the instrument by its owner, a Toronto-based ophthalmologist.) Add to that, her husband, Ron Searles, an audio engineer at the CBC, was only too happy to painstakingly record the suites.

That all adds up to “motive and opportunity,” (as a police detective might put it) to record the suites. But didn’t she feel uneasy about recording repertoire that had been so often – and often so very well – recorded before?

“I don’t tend to compare myself to other people,” she replies. “Not every cellist gets into the suites, but when you do, it’s all or nothing. They’re the Mount Everest of the cello – and there are as many ways to play them as there are players.”

Zelenka goes on to explain her own approach to the suites as a combination of baroque and romantic sensibilities.

“I would say, in terms of phrasing and dynamics, it’s a romantic approach. I try to incorporate a declamatory approach, and I do some ornamentation that a ‘regular’ cellist wouldn’t do. I’ve listened to a lot of baroque playing. I’m trying to incorporate some of that into my playing, but I think my general feel is quite romantic. I tend to get quite emotional – but without the vibrato.”

Zelenka’s assault on Everest can be traced all the way back to Espanola, Ontario, where she was born. Soon, her family moved to nearby Sudbury, and when she was nine the Zelenkas decamped for Toronto, where the musically promising Winona studied at the Royal Conservatory. And at the tender age of 17 she went off to Bloomington for a master’s degree at Indiana University.

Further studies took her to England, where she also gained her first professional experience. For several years she seemed to live on both sides of the Atlantic – playing in the Royal Liverpool Philharmonic and Manchester’s Hallé Orchestra, while frequently returning to Canada. “There were visa issues in Britain,” she explains. If not for some inflexible immigration officials in the UK, this country might have lost her for good. In 1997 she returned permanently to Toronto, where she played in the National Ballet Orchestra, and joined the TSO four years later.

“I’ve been in the TSO since 2001,” says Zelenka, “and I’ve been acting principal since 2004. I’ve never been in any other orchestra for that long.” She adds that one of the things she likes about belonging to the TSO is the orchestra’s schedule, which leaves her summers open to play with the Santa Fe Opera, in New Mexico.
However, this fall Zelenka will vacate the first chair of the cello section for a new member of the TSO, cellist Joseph Johnson, who comes to the orchestra from Milwaukee. Zelenka will move back a couple of desks, and her role in the orchestra will change significantly.

Her six years in the principal’s chair have given her many fond memories. “It’s been a really great experience,” she says, “and every year, there are some concerts that stand out. One highlight for me was playing Don Quixote in 2006, under Thomas Dausgaard.  I prepared the cello solos for a year. It’s an amazing piece – every single bar illustrates something in the story. It was very scary, but also very wonderful.”

The upside of Zelenka’s new position in the TSO is that she’ll have more time to pursue her other musical interests. “I have lots of ideas,” she exclaims, “I just need funding!” Among her plans are more recordings – she’s particularly keen to do a disc for cello and percussion – and getting more involved in chamber music.
“I’m in a string trio, the Trio Arkel, with violinist Marie Bérard and violist Teng Li. We’ve already played at the Richard Bradshaw Amphitheatre , and in a few other places, but we haven’t really promoted ourselves much yet. We’ll be on Jan Narveson’s chamber series in Kitchener next season.” 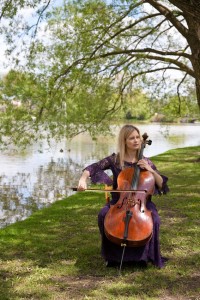 But before next season rolls around, she has plenty of playing to do this summer. Stratford Summer Music has engaged her to play all six of the Bach suites at Rundle’s Restaurant on Saturday mornings, from July 24 to August 21, with an additional performance on Sunday, August 22.
“I’m doing one suite per weekend,” Zelenka explains, “at 11 o’clock in the morning. People listen and have brunch, and then go off to the theatre. It’s a really great idea.”

As well, she’ll be appearing with the Art of Time Ensemble, playing in Korngold’s Suite for Piano, Two Violins and Cello. The programme will be presented by Toronto Summer Music on July 28, and repeated the following day at the Ottawa International Chamber Music Festival. And at the close of the summer, on September 2, she’ll return to Toronto’s Music Garden to play Bach’s Suite No. 5 – the only one of the six she hasn’t performed there yet. “In five years I haven’t been rained out yet,” she points out, optimistically taking this as a good omen.
Tamara Bernstein, artistic director of Summer Music in the Garden, describes Zelenka as a “perfect choice” for the garden’s Bach at Dusk concerts. “Winona’s gorgeous performances of the Bach suites have been a magical part of the past five seasons,” says Bernstein. “Her performances have become part of the collective memory of Music Garden ‘regulars.’”

As Zelenka’s career takes new directions, she is re-examining her priorities, trying to get the balance right. For someone whose musical interests are so varied, it’s a tricky business.

“If I won the lottery, I’d buy a great cello, and do as many recordings as I wanted. I probably wouldn’t have a job, and just do solo and chamber music. But I love orchestra concerts, and I love playing in opera too – and I’d like to do concertos. Basically, I love everything.”

Colin Eatock is a composer, writer and the managing editor of The WholeNote. 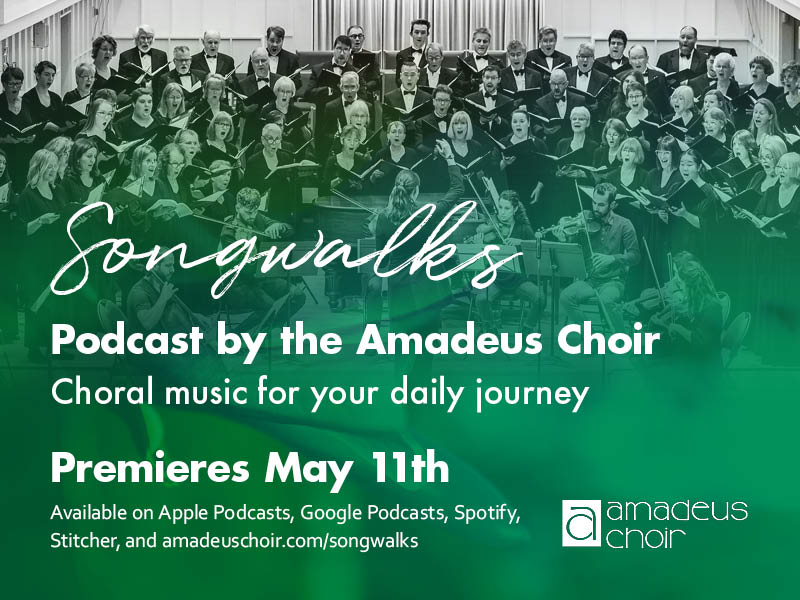