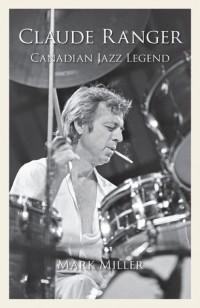 Mark Miller has a well-earned reputation as Canada’s foremost writer on jazz, whether as the Globe & Mail’s critic for a quarter century before his retirement from journalism or for the ten books he’s previously published on the music, many of them specifically devoted to its Canadian dimension. With his biography of drummer Claude Ranger, however, he’s done something quite new, a full-length biography of a Canadian musician that gives us a more intimate glimpse into jazz in this country than has previously been revealed.

Ranger might seem like an unlikely choice: he certainly never achieved celebrity like Diana Krall or Oscar Peterson, or international status as a significant innovator like Paul Bley or Kenny Wheeler. However, while he largely laboured in the trenches, Ranger responded singularly to the allure of jazz.

Miller’s familiarity with each of Canada’s distinctive jazz centres (and several generations of their musicians) gives rare immediacy and authenticity to the westward path of Ranger’s career. Born in Montreal in 1941, he followed a trail from beating on pots and pans to playing in Montreal showbars, then on to the city’s jazz scene, then Toronto, eventually ending up in Vancouver where, in 2000, he disappeared. And not in the sense of retired from the scene, preferring sunny days on the beach or playing with the grandkids: No, Ranger literally disappeared: an RCMP investigation launched in 2001 is still open. 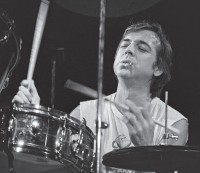 Ranger was a romantic figure, a man devoted — both selflessly and selfishly, it would seem — to jazz as art and necessary self-expression. From the mid-60s on he was devoted to the fresh possibilities of a changing music, fuelled by the examples of John Coltrane and Miles Davis and their respective drummers, Elvin Jones and Tony Williams. Working whatever Montreal gigs that might come along, Ranger first cultivated associations with like-minded musicians, initially bassist Michel Donato and saxophonist Brian Barley, eventually becoming the mentor for some 25 years to younger musicians who felt the same irresistible pull toward jazz in its more liberating forms. Despite that, he stayed in the limiting world of Canadian jazz, held back by what Miller calls his “demons and dependencies,” as much his creative insecurity about being a white Canadian who finds himself in black American music as, say, alcohol. I only saw Ranger once when he was playing in the kind of company to which he might have aspired — with Sonny Rollins and Donato at a Toronto benefit in 1974 — and he was clearly a drummer of rare skill, energy, invention and intensity.

Part of the effectiveness of Miller’s chronicle comes out in his sense of the telling detail, whether it’s the semiotics of the perpetual smoking cigarette with hanging ash drooping from the left corner of Ranger’s mouth, or another kind of detail, the resume writer’s, recounting musicians’ memories of rigorous rehearsals and the scant and sparsely attended performances that followed. Those lists are lifeblood for many who play jazz in Canada: they make illuminating reading for anyone interested in the music, and a cautionary tale for anyone contemplating a career in it.

In Miller’s larger tale, Ranger hasn’t disappeared at all. He’s alive not just in the memories of the young musicians whose lives he touched, but in their music, whether it’s rooted in the rehearsals, the charts he laboured over, the lessons he gave for a pack of smokes and a sixpack, the exercises he wrote out, the drums he rebuilt, or, above all, that fierce, unbending loyalty to the music. As Miller notes, Ranger inspired and assisted Dylan van der Schyff and Nick Fraser, today the finest Canadian drummers of a generation that benefits from a far more internationalized scene.