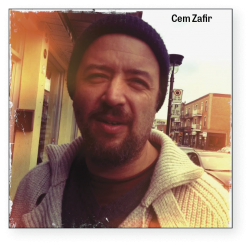 Jazz festivals sometimes follow an uncomfortable pattern. Early success breeds an appetite for more. It’s difficult to attract crowds with niche music, so the emphasis turns to the most accessible forms of jazz, sometimes even distant relations. Fortunately, there are people like Hamilton’s Cem Zafir, committed to jazz at the margins, edgy, experimental music that’s defined by the risk of improvisation not by the tapping of feet.

Zafir, who first started booking radical jazz-John Zorn’s Masada and Rashied Ali-in BC around 2000, started the four-day Something Else! Festival of Creative Music in 2014. He’s clearly developing a sustainable model, using well-known, compatible musicians whose working lives involve overlapping ensembles. Amid the welter of bands appearing between June 16 -19 is a hard core of international improvisers, with musicians from the Netherlands and Japan as well as Canada and the US.

Ken Vandermark, saxophonist, composer and master of creative musical networking is artist-in-residence. He opens the festival with a solo performance and then over the next few days appears in numerous shifting ensembles. The DKV Trio (the other members are percussionist supreme Hamid Drake and stand-out bassist Kent Kessler) appears with guest guitarist Joe Morris on Saturday afternoon; during the Sunday matinee, DKV combines with Eloping with the Sun, the long-standing trio of Drake, Morris and New York bassist William Parker in which the three emphasize various African, ethnic and small instruments (even the trumpet is the pocket version). Alone, Eloping with the Sun concludes Saturday evening; DKV returns for the Sunday evening concert.

In another combination, Vandermark appears in duet with trumpeter Nate Wooley. Vandermark’s contribution to the duo is a work-in-progress called Sequences of Snow, in which he takes “visual and sonic aspects from [Michael] Snow’s films…as inspiration for material to interpret and transform for a completely different medium.” Wooley, whose experimentation extends to applying the International Phonetic Alphabet to trumpet sound production, also appears in a solo concert as does Joe Morris, who can alter one’s view of a guitar’s possibilities. 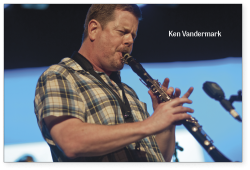 There are plenty of other performances as well, including solo turns by trumpeter Nicole Rampersaud and percussionist Tatsuya Nakatani. Montrealer Woody Epps’ Togetherness includes stand-out musicians, like saxophonist Erik Hove and trombonist Scott Thomson. Spontaneous ensembles punctuate the afternoon series, including a tribute to the late Toronto guitarist Ken Aldcroft.

It’s an opportunity to hear a spectrum of international radicals who are never heard in Toronto in this concentration.

For a complete schedule and locations, see zulapresents.org