BACK IN THE DAY (almost 20 years ago), flushed with the success of our annual fall BLUE PAGES directory of presenters (aimed at readers looking for music to listen to), we decided to start an annual spring choral directory (aimed at readers searching for opportunities to sing). Calling it our YELLOW PAGES was an obvious choice – you know, “let your fingers do the walking … .” But it was pointed out to us that “Yellow Pages” was already taken as a name, by an organization with lawyers.

So “Canary Pages” it became instead. Truth be told, the necessity was a virtue,  because not only did “canary” keep the “yellow pages” allusion alive, but it also straight out said “songbird,” which made it an even better fit. It also carried with it another, somewhat grimly useful undertone: after all, in society, as in coal mines, as long as the canaries are still singing, everything is relatively fine.

As far back as the 1880s, canaries (along with coffins) had become part of the regular supply lists for coal mines in Britain, Canada and the United States. The vast amounts of air the canaries took in with every breath to fuel their singing made them highly sensitive to poisonous gases of one kind or another, and in particular to carbon monoxide, the miner’s most insidious and dangerous airborne enemy. When the canaries fell silent, or dropped from their perches, there was just enough time for miners to down tools and reach for respirators. But as long as the canaries were singing, it was business as usual, for better and for worse.

To be clear, coal mine canaries were not volunteers the way the vast majority of choristers are, at least in these parts. And, not your standard choral practice, the better the canary sang the less likely they were to get the job, because the birds with the best voices (the males, according to the usual reliable sources), fetched prices too rich for coal mine budgets – like aspiring tenors, dreaming of gilded rather than miners’ cages.

It took a lot longer for the coal mine canary to be rendered redundant than it did for Paul Bunyan’s ox to be railroaded by technology. They were only outlawed from British coal mines in 1986, for example. But slowly and surely “canary in the coal mine” as a phrase has become almost universally metaphorical and detached from its origins. Interestingly, the less rooted in particularity it has become, the more easily it can be used with an equally straight face by doomsayers across the entire socio-political spectrum, and up and down the scale from the momentous to the trivial.

Here at The WholeNote, mind you, we have, for almost two decades, happily, and only slightly manipulatively,  stood the metaphor on its head – pointing to the dozens and dozens of choirs signing up for our choral canary pages every May as a significant sign of the music community’s good health.

But this year, since early April when the invitations to join the 19th annual Canary Pages went out, we have for the first time since we adopted the Canary Pages name, had to face up to the grim side of the “canary in the coal mine” metaphor we so cheerfully cocked a snoot at all these years. We’re holding our breath and hoping for the best while choirs and choral societies make up their minds again about whether it might be wiser to hunker down and say nothing at all, rather than run the risk of getting it wrong. Or, worse, that the silence will be broken not by song but a series of little thuds as one by one they fall from their perches.

Just over a year ago,  choirs were among the first musical collectives forced by a different kind of noxious air to fall silent. So, rather than flocking to our directory in droves in early spring, they straggled in all the way from May to September, determined to to say something about their upcoming plans, best laid or wishful as the case may be, but jinxed every time they did, it seemed, by another twist or turn to the plot.

And a year later, here we are again facing the reality that it’s still going to take months for a clear picture to emerge of a path forward for live collective community arts. So we’ve put the Canary Pages online again, making it possible for choirs to join whenever they are ready, all the way through to the fall, and, just as important, to be able to say “oops” when COVID makes liars of us all, and to update the information they gave us on an ongoing basis.

We all have our dark moments these days. But slowly and steadily our canaries are finding their way back to us, and what was a trickle is becoming a steady flow. The stories they are bringing with them, about their hopes and plans for the coming year, tentative as they may be, speak to the hard-won resiliency of the past year.  And to a determination to keep collective singing alive, for those of us who need to hear the singing, and just as important for those of us who need to sing.

It’s an odd kind of metaphorical full circle to have come when it’s the canaries that are the “canaries in the coal mine” for the entire live performing arts sector! But it’s a small ray of hope, at a time when the air we breathe in common cannot be taken for granted, that they are still perched and prepared to sing. 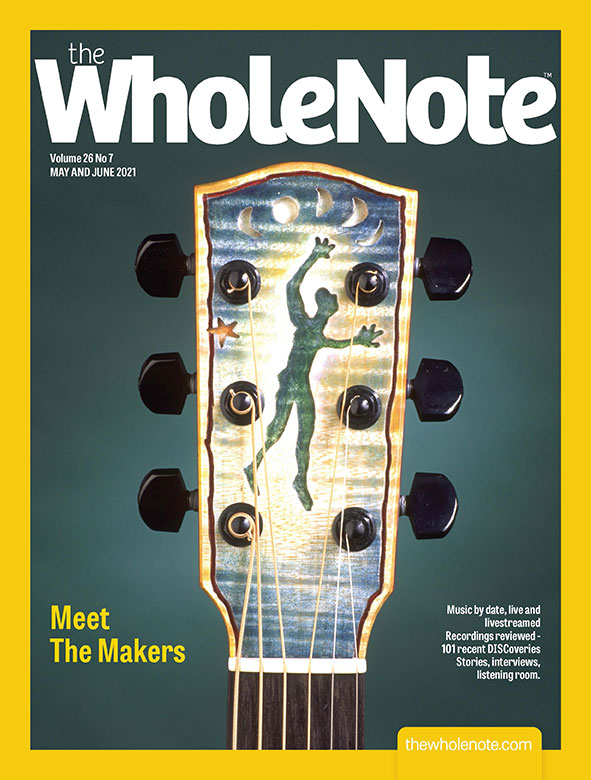