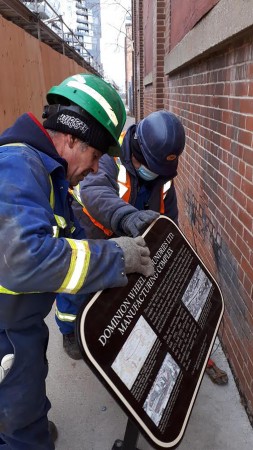 Somewhere out there, in Hogtown, there’s a developer shitting bricks.

Our lead story by Brian Chang about the Dominion Foundries at 153 Eastern Avenue goes into the details of the community response to our provincial government’s end run around the city’s usual planning procedures, so I won’t go into detail here. And I have no idea who the particular developer is who did this deal with the Ontario party in power. But I have a sneaking suspicion that by the time you read this, their names will be known and the aforementioned bricks will hit the fan.

Even if I did know, mind you, I probably wouldn’t say, because here at The WholeNote we are not well equipped for the fast-moving “big scoop” newshound business. As I mentioned, with my other hat on, on page 2, these days we can’t even keep up, in print anyway, with the dizzying pace at which our formerly reliable monthly concert calendar, the backbone of what we have always existed to do, goes out of date before we’ve even hit the street.

But for now let’s stick with the growing stink around the Dominion Foundries site.

The developers could turn out to be party-in-power cronies, about to benefit from a sleazy provincial end-run under cover of of COVID darkness.

Or at the other end of the spectrum they could be one of a rarer species: developers who understand that when they participate in building functional communities it costs more at first but makes what they build, in the longer term, a more valued place to be.

Or they could be somewhere in between – not particularly interested in the longer term because why should they care about the longer term when there’s always new ground to hog?

I’m no Wiarton Willie or Punxsutawney Phil when it comes to prognostications, but if I have to guess, I am leaning more towards crony than community builder. I’d love to be wrong.

Let’s just say, for sake of argument, that the community alliance (arts groups, existing residential associations and business districts, housing advocates) that has  temporarily prevented demolition of the heritage structures on the site wins a much bigger victory, and manages to persuade, compel or publicly shame the province and whomever they’re in cahoots with here into some form of meaningful negotiations, however long it takes to get there.

That’s when things will get really interesting. Because one of the things that will immediately be put to the test will be the word community itself. And that will mean having to be specific about  what “the community” does want, rather than just agree on what it doesn’t. At which point things either cohere into something splendidly more than the sum of its parts, or disintegrate into clusters of competing visions, with epithets like “elitist” starting to fly.

Let’s hope it’s the former, and we end up with something worth putting on the map.

So what’s with all these groundhogs?

In the 1993 film Groundhog Day a jaded Pittsburgh weatherman reluctantly makes his way into the western Pennsylvania hinterland for the station’s obligatory coverage of the annual Groundhog Day hoopla as Punxsutawney Phil, for the 135th consecutive time, is prodded out of hibernation into the early morning cold, and either sees his shadow or doesn’t. If he does – sorry folks, six more weeks of winter, as decreed by Phil or Willie or Sam, for Punxsutawney; or, due north, for  Wiarton; or down east for Shubenacadie.

So here’s the really terrifying thought du jour: what would happen if each time Willie or Sam or Phil heads out of hibernation they have forgotten the previous excursus, and thinks it’s still February 2? Does that mean we get six weeks piled on another six weeks, and another... Just think what that would be like.

At some point the whole Groundhog Day routine, designed as a fun and fine way of putting a small town on the map, would turn into a predictable moment of dread  –  a bit like the regular province-by-province COVID briefings, either announcing that because it’s gloomy out there things are about to get bright; or that, precisely because we have started behaving as though things are looking brighter, there’s now an even longer shadow of doubt as to when, or even whether,  they will.

They will. And in the meanwhile, here are some stories to read. 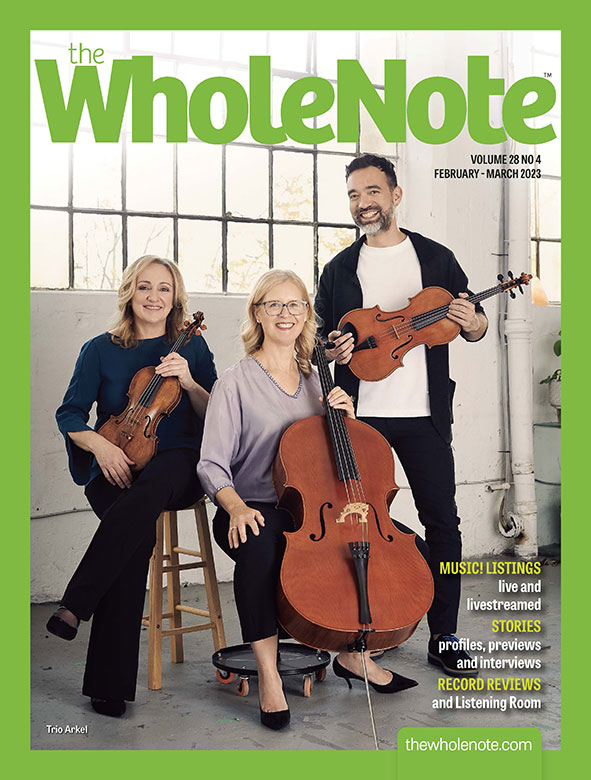