A couple of hours from now, as my final action in the extraordinary roller coaster ride of putting together this second last magazine of The WholeNote’s 25th season, I will call up our designer and ask her to place the final missing piece of the puzzle, on page 5, so we can go to press. After that, I will shut down my computer, shed a few tears of one kind or another, and wander out into the early morning light for the one-mile walk home. The street will be unsettlingly unpeopled. Even if I do encounter someone, we will (how quickly we learn) gravitate to opposite edges of the sidewalk, as though we were oppositely charged magnets, or wearing invisible hoops skirts designed to make physical separation fashionable.

Upon receiving my phonecall, Susan will replace the line in the table of contents which presently reads OPENER: ?????? ?????? with whatever it is that actually appears as the title at the top of this page. But at this moment, just before sunrise, I truly do not yet know what that title is going to be.

The problem is not a lack of possibilities but too many: COVID’s Metamorphoses; Bums in Seats; Duck-Billed Platitudes; In the Blink of a Dystopian Eye; Three-Legged Stools and Shooting Sticks; Something’s Got to Give; There’s Always Time (Until Suddenly There Isn’t); The Writing On the Wall; … and (far and away my favourite if it didn’t take so long to explain) The Initiative Code-Named Breve.

I’ve been carrying the latter around in a corner of my brain for at least 15 years now, always aware that one day, in the implausible combination of elements, masquerading as a business plan, that has sustained this magazine for two and a half decades, something would snap. 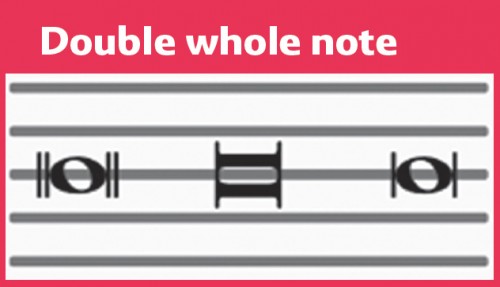 I always liked it as a title, mostly for its aura of geekily swashbuckling mystery. “The Initiative Code-Named Breve!” I would say (air quotes included) to whomever I was replying that, yes, we do have a plan for long-term sustainability. And if their eyes didn’t light up in instant appreciation at the ingenuity of the phrase, I would explain: “in that far-away land where musical time is counted in minims, crochets, quavers, semi-quavers and so on, the thing we call a wholenote is called a semibreve; so a breve is a double wholenote. Get it?”

Because somewhere behind our little-engine-that-could, self-made-entrepreneurial micro-business facade lurks a legitimate not-for-profit doppelganger waiting to be born. “Doppelganger, double; second WholeNote, twin, Breve … Get it?” By which time, eyes glazing, smile frozen into a rictus, nodding obediently and only semi-comprehendingly, my victim would be desperately wishing they hadn’t brought the whole thing upon themselves by asking, conversationally, “Gee, you’re with The WholeNote. How do you guys manage to do what you do?”

I think the closest I ever came to articulating the “double wholenote” idea, in any form other than the occasional red-wine-fuelled post-concert reception rant, was in 2018, in the heady days after the Toronto Arts Foundation honoured us with that year’s Roy Thomson Hall Award of Merit, declaring us to be, in the citation announcing the award “vital to the entire music community.”

Boosted and burdened alike by such heady praise, I embarked on a round of grant application writing (not being a non-profit, those opportunities are far less frequent than you might think) in which I described The WholeNote’s time-tested business model as a “three-legged stool.”

Leg one: the aggregation, free of charge, of detailed performance listings for all eligible local performers and presenters;

Leg two: the use of best practices of controlled circulation and unrestricted access, to ensure the placement of this aggregated content in the hands of the broadest possible interested audience, also free of charge.

Leg three: around the core listings, a team of writers drawn from the music community the magazine covers, complemented by a range of affordable display advertising directly related to our core content.

But the writing was on the wall. “Advertising revenues can no longer be relied on as the only load-bearing leg of the three-legged stool if we are to hope to carry our vital community service forward in a vibrant, evolving manner, and in the hands of a new generation of leadership” the grant-writing publisher (me) thundered. 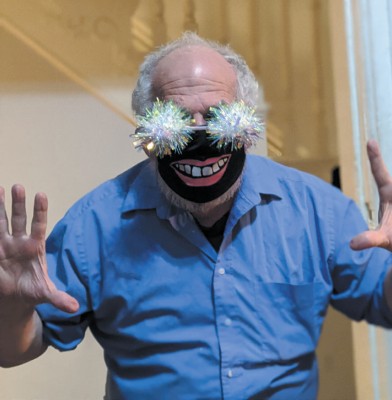 The next issue of this magazine (scheduled to come out on or before July 1, and covering JULY/AUGUST) will mark the end of our 25th season of doing what we do to cover live music in our town and region. I’d been looking forward to trotting out a few tried and true statements about looking forward to the next 25 years, service to the community, vital roles, etc. Now all of a sudden, COVID’s metamorphoses have rendered any such duck-billed platitudes entirely and irrevocably moot. Fact is, if we are to survive this extraordinary moment, it will be because we, like most of you, have found a way to “pivot,” as the fashionable phrase puts it, while avoiding the equally incapacitating subroutine of spinning madly and uselessly in circles.

I like to think this combined May/June issue, in the midst of the mirk, is rife with clues and cues as to where we might find ourselves headed. The next issue, July/August, brings us two months closer to new beginnings, whatever they may. See you on the other side. 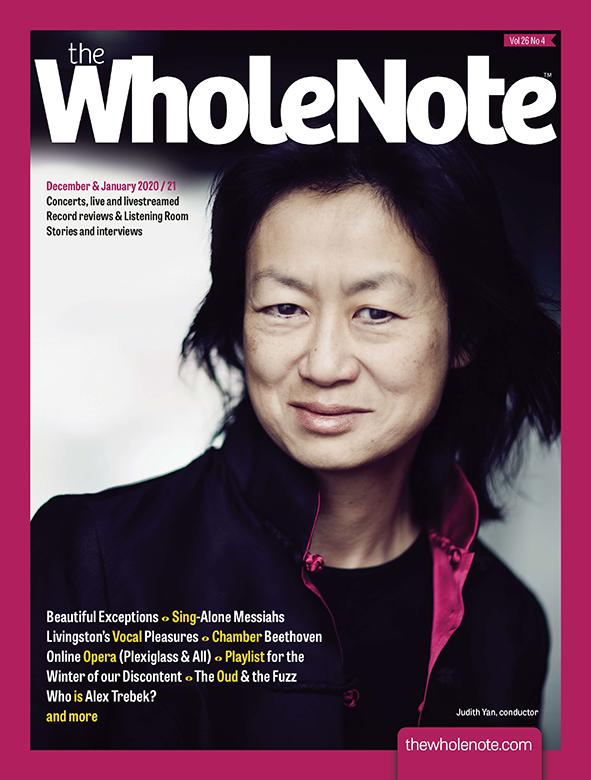