In the opening credits of The Cuban – a new film released in Canada in July, written by Alessandra Piccione and directed by Sergio Navarretta – the viewer is treated to a watercolour montage of Cuban imagery, accompanied by evocative, minor-key music played by a small ensemble. As the credits end and the visuals shift from vibrant animated colour to the live action of a Canadian assisted-living facility, the band drops away. Alone amidst the beige-grey gloom, the piano pensively underscores the scene: paperwork is frowningly passed back and forth; a young boy, bored with his visit, works on a jigsaw puzzle; a full bedpan, making a trip down a dimly-lit hallway, is spilled onto the hardwood. It speaks to the mood-setting power of the score that the moment doesn’t come off as a joke, nor a tragedy, but rather as a small, frustrating but typical event in a day spent caring for the elderly.

The bedpan-spiller is Mina (Ana Golja), a young university student who works at the assisted-living facility, and The Cuban examines the relationship that she develops with Luis (Louis Gossett Jr.), an elderly Cuban musician who lives at the facility and who suffers from dementia. The pianist is Hilario Durán – JUNO-award-winning, Grammy-nominated – who, in addition to performing on the soundtrack, was the film’s score composer. In light of the film’s recent release, I had the opportunity to interview Durán via email about the project’s roots, his connection to the film’s characters, and the Toronto musicians who helped him bring his musical vision for the film to life. 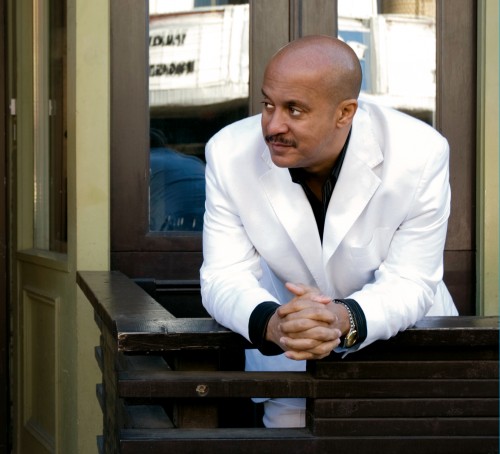 WN: How did you first get involved in The Cuban? At what point did you sign on, and how much of the movie (if any) were you able to see before you started composing?

HD: I got involved with the movie through the musical producer Roberto Occhipinti, and he introduced me to Sergio Navarretta, the director of the film. He came to meet me at one of my concerts with my trio at [a] music festival in Orillia one and a half years ago, and we started working on the music right after. I had the opportunity to see the script and some of the scenes to start my work.

WN: Was this your first feature-length film project? What did you learn throughout the compositional process, and how different (or similar) was this to recording an album?

HD: [The Cuban] is not my first feature-length film project. I had the opportunity of working with a few filmmakers while in Cuba. When I arrived in Toronto, I wrote the score for Tropic of Cancer, a film directed by the late Ramiro Puerta.

I always learn every time I compose music. When I compose music to record an album, I have all the freedom to write original music reflecting my ideas and my concepts, and I don’t have to follow a story or scripts. In a movie, each project is different and expresses different feelings and emotions, depending on the script; you should write over a time code, and produce the music with different moods and intensity. It is fascinating and challenging at the same time.

WN: Throughout the film, the generative power of music – to connect people to their past, to one another, and to themselves – is explored in multiple ways. How did the centrality of music in The Cuban affect the way that you composed the score? Was the process different than scoring a movie in which music isn’t a major component of the plot?

HD: From the moment I got involved in the film, I began to generate ideas that would truly represent the character and the plot itself. [...] The images and the story itself really inspired me. It was more inspiring to me since music was an essential component in the story of the main character; also, everything was very familiar to me because it was about composing the music that represents a glorious era of Cuban music. When the scoring of the music is related to a movie where music is not the main component, for me, the process is different; it is incidental music.

WN: Like the character of Luis, you are a Cuban-born musician, living in Canada. (Unlike Luis, of course, you’ve established a strong, vital presence on the Canadian music scene.) Did you feel an affinity with Luis, and did this inform your work on the project?

HD: Totally, but I also identified with the character because it reminded me of my father, who was suffering dementia for seven years. He was a guitar player and singer as part of the musical movement in Cuba called ‘Feeling’, in which a group of young musicians met in a place called Callejon de Hamel and listened to the music of all kinds – classical, jazz, from Tchaikovsky to Gershwin to Count Basie. Later they used all those musical influences to compose beautiful songs with well-advanced poetry and harmony. Later, he gave up the music for economic reasons but instilled in me a great love for the art in general because he spent all my childhood taking me to theatres to watch essential works.

WN: Fantasy is a major component of how music is presented in the film, as when Mina and her friends dress up in ‘Cuban’ costumes to administer amateur music therapy to Luis. This is reflective of the way that Cuban music is sometimes presented in American and Canadian venues, as part of themed evenings meant to evoke an imaginary Cuba for the audience, as in the club scene near the end of the film. Is there a meaningful authenticity in this fantasy of Cuba? Does it add or detract from the music? Or is it altogether separate?

HD: As I have seen in other films about Cuba, I think that the producers try to create an image that differs in some points, but this is not the case. I think Sergio did a great job representing the atmosphere of the time, the characters, and the costumes in general, which is connected with the music that I created. 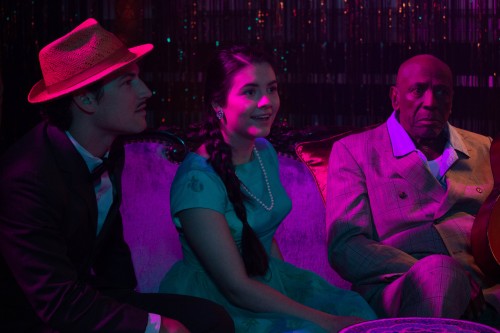 [On the experience of having worked on The Cuban, and the musical collaborators who helped make it happen:]

HD: I feel delighted to have participated in this film. I appreciate that they have chosen me for the composition of the music, since the story it tells is very close to me. As I mentioned previously, my father, like Luis, suffered from dementia and was a musician.

I want to highlight the work of Roberto Occhipinti in the musical production, which was excellent. I also want to highlight the participation of the musicians in the interpretation of the music: Alexis Baro, Elmer Ferrer, Amhed Mitchel, Luis Orbegoso, Chendy León, Roberto Occhipinti [as performer, on bass], Drew Jurecka and Venuti String Quartet. An essential touch was the joint work I did with the singer Alberto Alberto, who composed the lyrics of two songs that he masterfully interpreted (“En un Beso” and “El Milagro”). Thank you!