Method for the Madness

Toronto weather the third week of October is still comfortably moist and mild. In the park across from my midtown street, mature deciduous trees are still tenuously holding to a blend of burgundy, flaming red, orange, yellow and green – a reminder of the kind of weather that used to signal the fall live music harvest in the times before. Sadly all live concert bets are off during this last quarter of the current year, but The Music Gallery (MG), proudly billing itself as “Toronto’s Centre for Creative Music,” is an example of an organization that continues its programming by all available means.

Going on 44 years, presenting and promoting “leading-edge contemporary music in all genres,” the MG has its current sights set on an ambitious project involving 15 musicians, six video artists, plus audio and video mixer technicians. Receiving its webcast premiere on November 20, Exquisite Departures is curated by Tad Michalak; the work is part of the MG’s Departures Series which Michalak has been running since 2014.

The Exquisite Departures title and structure derive from what began as a 1920s Surrealist game – and which is variously seeing new life these days as a way of bringing creative methods to distance madness. As described in “Exquisite Corpse” and Other Coping Strategies in the July/August 2020 WholeNote, the basis of the original Dadaist game was for players in turn to write something, folding the page to hide part of what they had written before passing it on to another player who would have to continue it without seeing all of it. The (sometimes) enriching fun came when the whole thing was presented, with the missing parts revealed.

And also recently in The WholeNote, in Lessons Learned from the CEE’s COVID-Era Experiences, David Jaeger reported on a Canadian Electronic Ensemble project titled  “Pass the Track” –devised by the six-member CEE in response to not being able physically to meet to make music. Using a process similar to exquisite corpse, Pass the Track relied on a process of layering audio tracks digitally sent from one CEE member to another, each adding another audio layer. It was all mixed and edited by the CEE’s Paul Stillwell who also enhanced two of the pieces with captivating digital animation. (For more details please visit canadianelectronicensemble.com.) 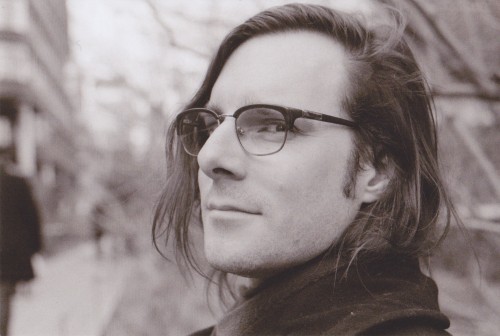 All of which, taking the long way around the barn, brings us to the upcoming MG Exquisite Departures. Its curator, Tad Michalak, has been producing and promoting live music concerts in Toronto since 2005 under Burn Down the Capital and other monikers. I explored his new work with him mid-October on email and over the phone.

“I’ve definitely been feeling the loss of live music in a pretty big way … obviously,” he began ruefully. “Everything I had planned for this year was postponed in stages, and as the months rolled on – cancelled. It’s very challenging to see everything you’d been working on dumped in the trash.”

With his live music productions eliminated, Michalak did what others have also done out of necessity: pivoted online. The result: a prime example of audience engagement during a pandemic, for experimental artists and organizations with the artistic resources to support them, in this case the MG. The 15 musicians chosen by Michalak reflect the vibrant improv music scene active around the MG, the instruments as varied as the backgrounds of the musicians themselves. They range, in no particular order, from percussionist Germaine Liu, cellist Amahl Arulanandam and flutist Alia O’Brien, to Colin Fisher on electric guitar, tar player Araz Salek, Cheldon Paterson aka Slowpitchsound on turntables/electronics, and Allison Cameron on electronics/toys/ukulele. For the complete list please visit the musicgallery.org.

One of the project’s lesser-known and perhaps newest instruments, played by Mira Martin-Gray, is the no-input mixer. While most users try to avoid noise when mixing, no-input mixing takes a contrary approach, exploiting residual noise inherent in every mixer, and using it to generate and manipulate sound, thereby transforming a systemic weakness into a musical strength.

Michalak devised a template to be used by the musicians at the multiple Exquisite Departures recording sessions that took place at the MG in September. The scope of his creative decisions goes far beyond the purview of a typical curator, and thus is worth a closer look. He explained, “The musicians were given a written ‘track map’ I prepared that indicated which of 15 time slots they had to perform within. Where musicians have staggered entries relies on a formula dictating at what intervals musicians join the track, plus the overall duration of their segment.” 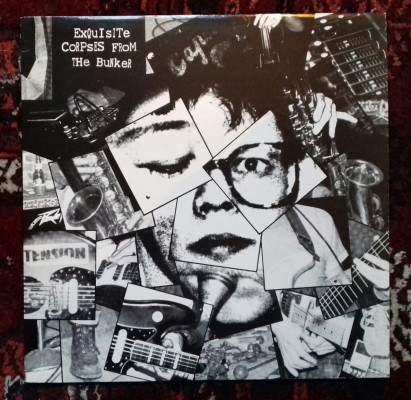 In Exquisite Departure 6 for example, Michalak has the first group of three musicians start five seconds apart, the next three ten seconds apart, the third three 15 seconds apart, etc. “The individual segment lengths alternate between one and one and a half minutes long, creating an interesting stacking and phasing in and out of instruments,” he says. “For the shorter Departures all musicians play  for the full duration. My overall aim was to have Departures of variable length.”

For inspiration, Michalak looked to the 1988 LP Exquisite Corpses from the Bunker. Made by 22 New York avant-garde improv musicians who booked a local studio, they collectively laid down 15 intense tracks. Made via the technology of overdubbing, they eschewed the star system; all players contributed on an equal basis. As befitted the project’s collective nature, there was no composer credit.

It was a portrait of a specific scene in time – and so, 32 years later in Toronto, is the MGs Exquisite Departures.

“As for the number of musicians on each track, four was the maximum on the shorter tracks,” added Michalak, “leaving the players plenty of sonic room to play in. On the other hand, some of the longer tracks were designed to include all 15 musicians. My goal was to build variety in the entry patterns and durations, thereby inspiring diverse musical interactions among the players.”

Each musician, however, had the freedom within those constraints to craft their response to the other musicians on a given Departures in the spirit and received performance practice of collaborative improvisation.

Michalak sent me finished mixes of several short audio tracks of the projected 15 Departures when I began this story. They were recorded at 918 Bathurst Street and mixed by the MG’s technical director and veteran audio engineer, Paul Hodge – his roots running deep, back to the early days of the MG. “It was reminiscent of Cage-like compositions where the elements are beyond your control and left to chance,”  Hodge commented in an email.

While the audio final had been completed by Hodge by this point, the six video artists in the project are preparing their visual responses to the soundtrack as I write this. They form an eclectic group, linked by their emerging-career status and diverse aesthetic and stylistic approaches. Allow me to introduce the Toronto-based video team.

Pursuit Grooves (Vanese Smith) works both as a music producer – part of the experimental electronic, hip-hop and club-music scenes – and, as Mo:delic Arts, the creator of abstract video art and graphic designs. “When listening to the music samples provided, I wanted to match the experimental mood and tone. I had no idea what to expect musically, but I thoroughly enjoyed the process of providing a visual accompaniment and letting my imagination run free!”

On the other hand, digital media artist Peter Rahul, who specializes in glitch methodologies, calls himself a “techno-archaeologist,” exploring the limits of vintage electronics. And self taught traditional animator and video artist Jesi Jordan uses metamorphosis as a form of abstract storytelling.

J.L. Whitecrow works in multiple media, primarily showcased through Toronto LGBTQ2S and BIPOC circles and film festivals. Influenced by a background in philosophy and advocacy work in decolonization and preservation of Indigenous knowledge and worldview, Whitecrow reflects in an email, “My approach [on this project] has been to interpret my feelings evoked by the music … focusing on creating visual tonality, rather than on specific images. The abstractness of each musical segment is allowing for a distance from the ordinary world, and I’m getting lost in the texture of things. I’m also pondering the idea of essence, whether it be our humanness or how light affects us.”

Also on the video team are Kadrah Mensah, an interdisciplinary artist focused on technology and cyberculture, and Julie Reich, aka Bile Sister, enjoying a multifaceted career as video artist, music producer, musician and composer, with an impressive music back catalogue.

“I chose these video artists largely because I thought their diverse approaches will hopefully keep things interesting as they use each other’s ideas as jumping-off points, “Michalak says. I’ve worked with several and they’ve all been active in video art communities that intersect some aspect of the music scenes represented through the MG.” In yet another meaningful intersection, last spring J.L. Whitecrow launched Exquisite Corpse-19, a COVID-inspired video project adapting the Surrealist game.

As was the case for the musicians, the video artists were given carte blanche within their segments, though Michalak was careful to set up basic timing ground rules and expectations, “allowing for things to play out within the [exquisite corpse] game. For example, the artist who does the first third of a given Departure obviously sets the tone for it. Those following only see the last 5 to 15 seconds of the video segment that precedes theirs,” he concluded.

Kristel Jax, marketing coordinator at the MG, is the final member of the Exquisite Departures production team. She’s tasked with assembling the video contributions, synching them with the finished audio tracks and managing the November 20 premiere webcast on Music Gallery Live.

Which is where, after this dive into the creation of Exquisite Departures, I for one am getting ready to be, with my best monitor and speakers at hand.

If you miss the premiere webcast on November 20, 2020, at 7pm at musicgallery.org/live, the production’s permanent home on Bandcamp launches on December 4, 2020 at musicgallery.bandcamp.com.